The robbery happened in broad daylight on Pendleton Pike, one of the busiest streets in Lawrence. 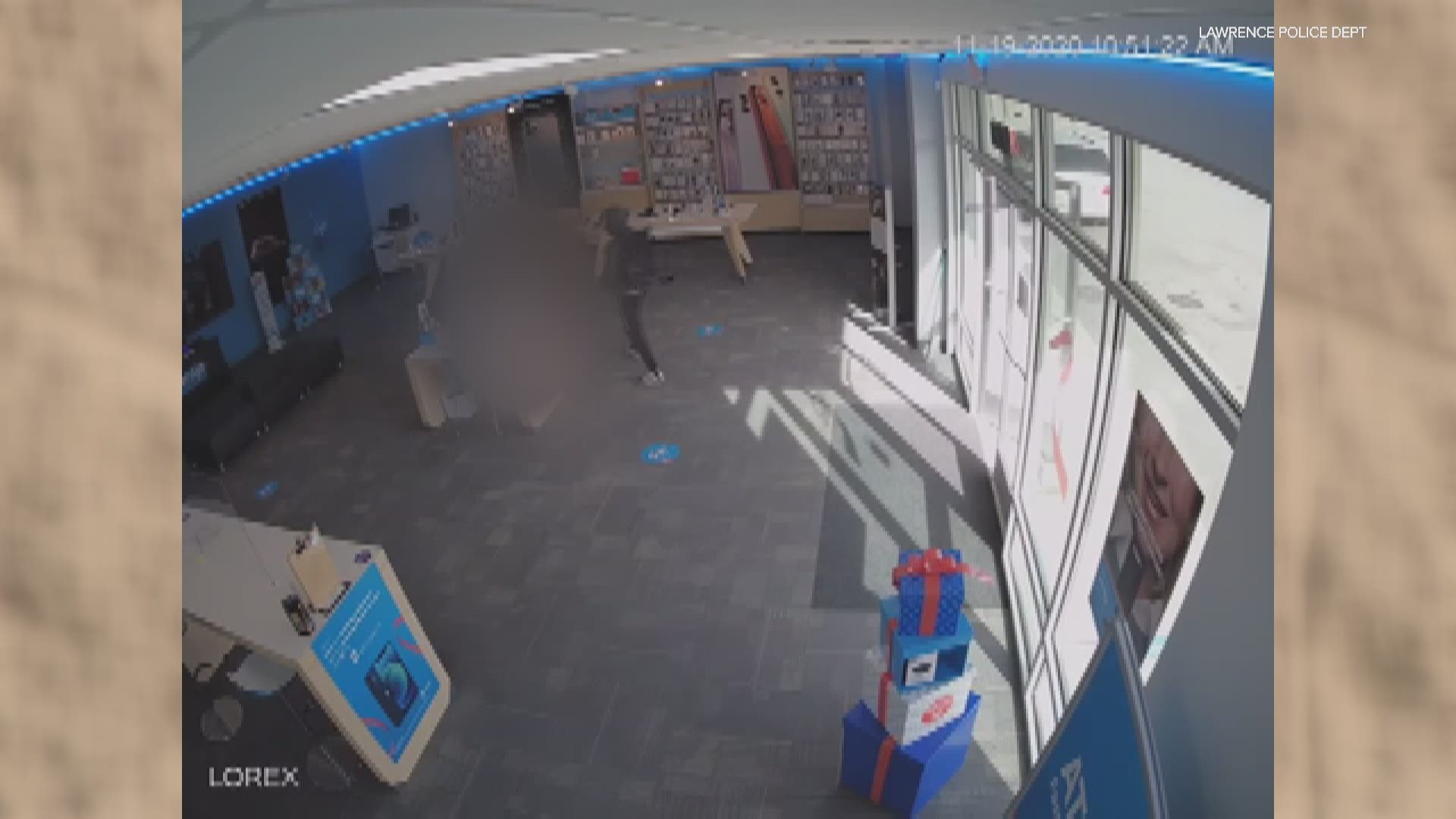 INDIANAPOLIS — A bold robber walked into a cell phone store Thursday morning and ordered an employee around the store at gunpoint.

He forced the employee to a safe in the back of the store, where security cameras got a good look at the suspect's shoes and distinctive handgun.

Laith Hattar owns cell phone stores in Indiana and Kentucky. His family is proud to provide jobs to people who are helping to care of their families, especially with so many jobs impacted by the pandemic.

"We work hard. We are struggling as a business," Hattar said. "For you to take from us or any small business is not fair."

Recordings show the robber walking into his phone store Thursday at 10:51 a.m. while an employee worked alone. He ordered the employee at gunpoint away from her work station as she pleaded for him not to hurt her.

"She was scared for her life. The whole time she was saying 'my kid, my kid, I have a kid, please don't hurt me,'" Hattar said.

The robbery happened in broad daylight on Pendleton Pike, one of the busiest streets in Lawrence. Although the storefront has glass windows, it would be hard for people passing by to see that a robbery was in progress.

"We are struggling like everyone else during the pandemic," Hattar said. "Especially during this pandemic. It just doesn't make sense to me."

The robber's shoes appear to be two-toned black and white athletic shoes. The suspect used his gun to order the employee to fill his backpack with cell phones. When some fell to the floor, the video shows the robber put down his gun to adjust his backpack. Lawrence Police hope someone recognizes the distinctive weapon, which appears to be a light blue or light green metallic handgun.

"I'm so happy that he walked out. She gave him everything he wanted," Hattar said.

Detectives are checking nearby security cameras for more images of the robbery. It's the third time Hattar's stores have been targeted.

"We need to catch these people," Hattar said. "These people should not be out there. They should know right from wrong."

If you have information about the robbery, call Crime Stoppers anonymously at 317-262-TIPS. If your tip leads to an arrest, you will receive a cash reward of up to $1,000 and you will remain anonymous.