Police in West Lafayette are looking for suspects after the discovery of a skimming device last week at a local ATM. 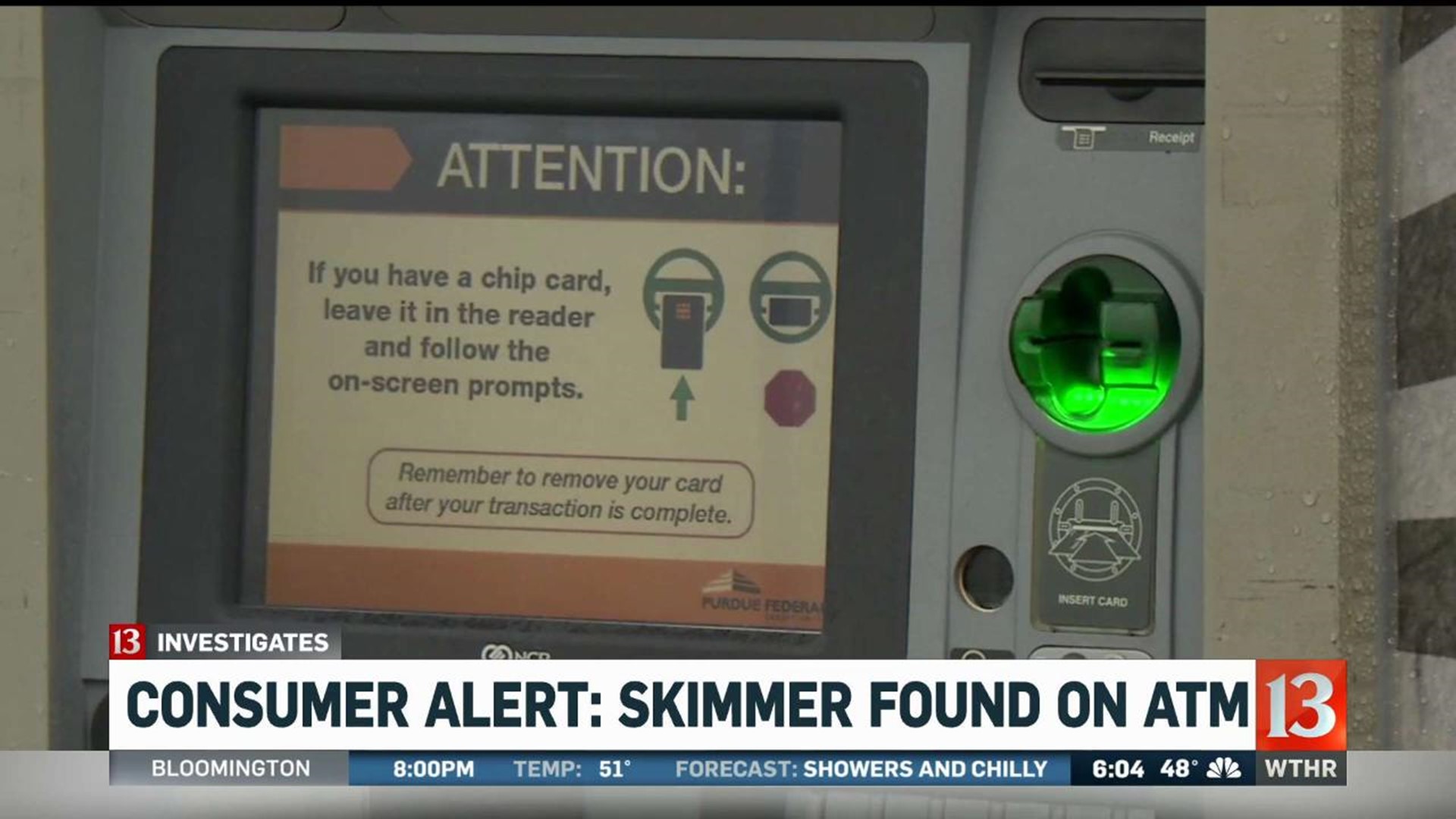 “We’ve dealt with the skimmers but we’ve never dealt with one that’s internal like this before,” said Sgt. Troy Greene. “This is something that you’re really not able to see (from the outside.)”

Greene said Purdue Federal Credit Union contacted them after making the discovery during a routine inspection.

“I know the detectives are reaching out to the feds to see if they have any interest in this or if they have other cases of this so that way they can get them involved,” said Greene. “We have reached out to other banks to let them know and to have them check their machines just in case.”

According to a statement to Eyewitness from Purdue Federal Credit Union, “Due to findings from our routine ATM inspections, we are investigating potential skimming in some of our ATMs in Tippecanoe County that may have occurred in October. We do not know if these criminals were successful in obtaining card information.”

The credit union is urging members to call immediately if they believe fraud has occurred on their account.

According to a report by FICA last year, ten-percent more debit cards were compromised at ATMs and other retail card retailers in 2017, setting a new record.

Because the latest skimming device was inside the ATM, police said the best way to prevent from becoming a victim is to check your bank account often.

Some skimming devices are placed externally, though, and security experts say there are some things we can do to keep our bank card information from being swiped.

Paying inside is probably less of a threat than paying at the pump, as the exterior card readers give a thief more opportunity to install a skimmer with fewer prying eyes. However, many gas stations have begun implementing security tapes along the panel to the pump. If the tape is in place and has not been tampered with, there’s less of a chance that a skimmer was installed.

Use a Credit Card:

If you think you are a victim of skimming you can also freeze and unfreeze your credit for free in Indiana. You can do that here or use the information below: