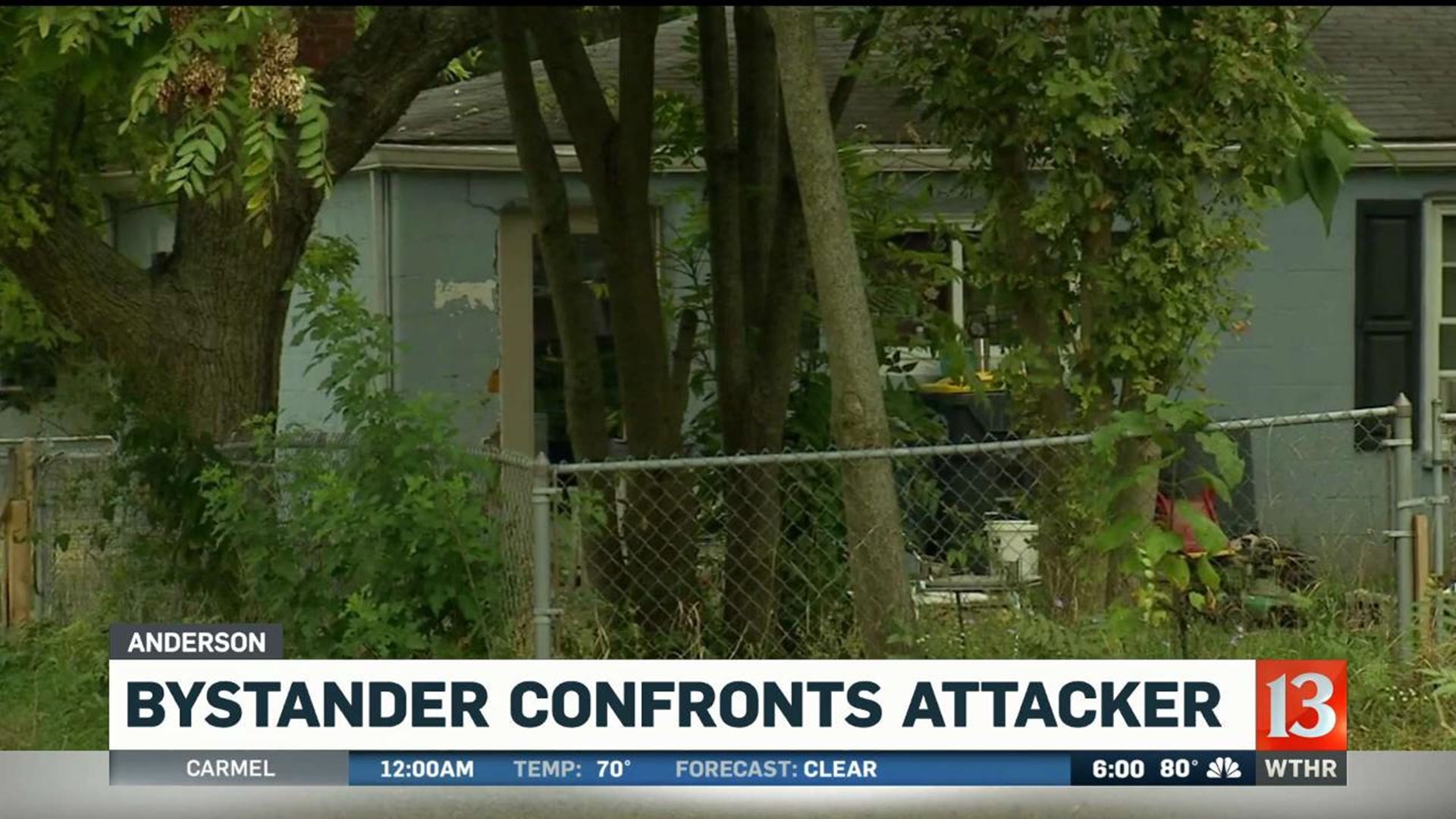 ANDERSON, Ind. (WTHR) — An Anderson woman who rushed to help a mother and baby in danger says she felt compelled to confront their attacker.

She said a mom and baby were in serious trouble in a backyard, being beaten by the woman's fiancée. She said she saw him punch the mother, pull her hair and pull at the infant as well.

"He had that baby so viciously trying to pull her out of her arms," Cox said. "It just, it wasn't right."

Cox didn't know this family, but said her own instincts as a mother kicked in.

"All I could think about is, if I didn't stop, what would happen to the baby? Because they were already fighting and he was already going after the baby," Cox said.

So she put the car in park and she confronted the alleged attacker, 23-year-old Drake Ball.

"Put the safety of others above their own and look out for neighbors and that's exactly what she did," said Maj. Joel Sandefur, Anderson Police.

Cox said Ball tried to stop the mom and baby from getting in by blocking the car door, going for Cox's phone, then violently kicking a dog in the yard.

But eventually, while Ashley was on the phone with 911 dispatchers, he ran off.

"Just the vision I still have it in my head on how he had her and that baby and that just eats at me," Cox said.

But the infant is OK.

Cox drove the baby and mom to the hospital where they were checked out.

They're now safe and with family.

According to court documents, Drake Ball is facing several charges including felony battery, felony battery on a child, cruelty to an animal and interference with the reporting of a crime.

He also has a no-contact order with the victims.