The thieves got away with things that can be replaced, but the women say their sense of security can't. 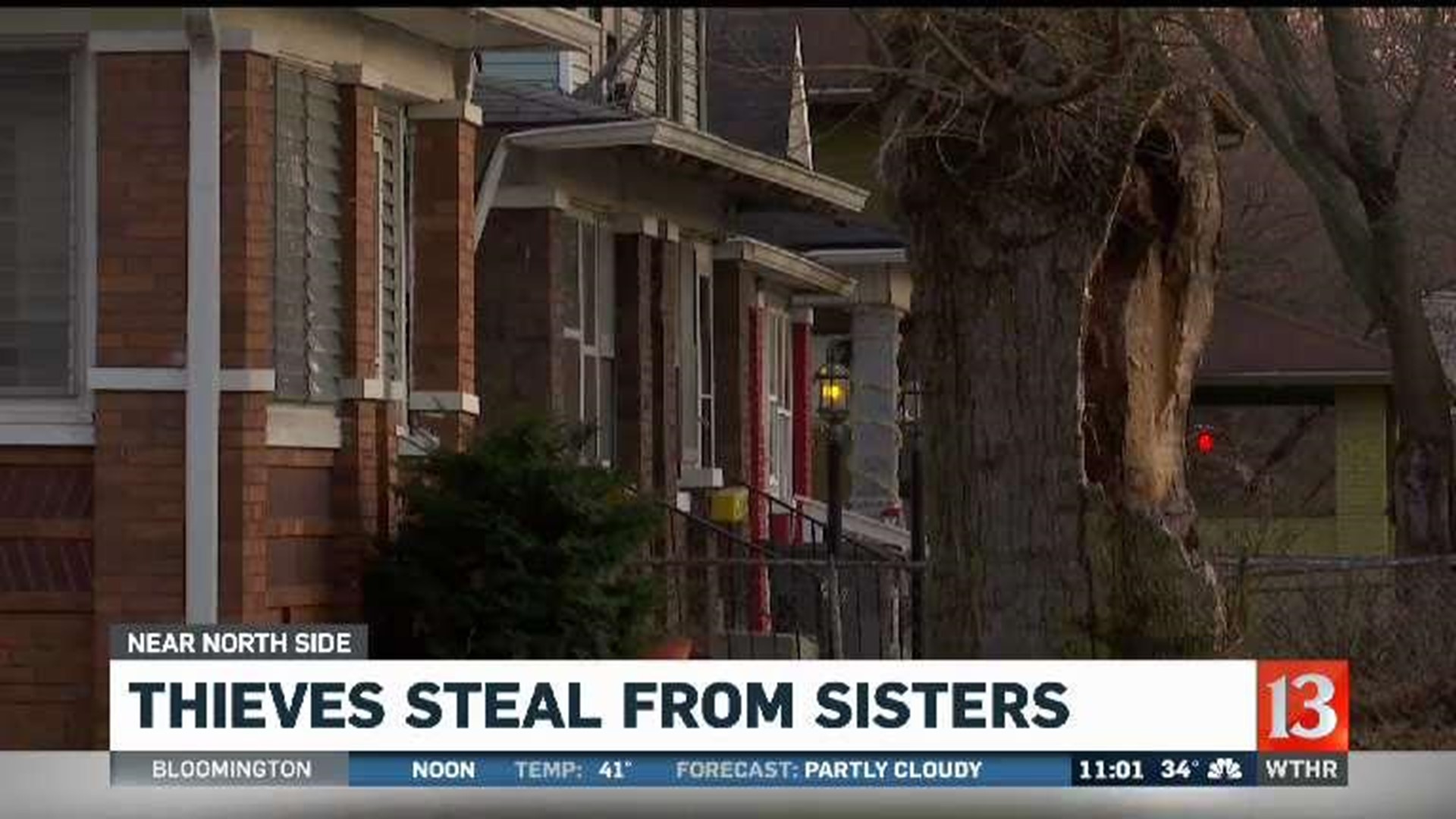 INDIANAPOLIS (WTHR) - Two sisters say they're shaken after someone broke into their home while they were sleeping.

The thieves got away with things that can be replaced, but the women say their sense of security can't.

The family is taking precautions to make sure the women aren't targeted again.

For Thelma and Beatrice, family means everything. At age 88 and 98, it's clear the sisters are close.

So close, in fact, they've lived together for more than 30 years in a house near 31st & Boulevard Place.

They say they've never had a problem there. That is, until they woke Thursday morning.

"She hollered upstairs and said 'Thelma, somebody has taken our tv from the kitchen' and I said 'what?'" said Beatrice.

Sleeping upstairs, the women weren't awakened when someone broke into their home, removing televisions from the living room and the kitchen.

"And that window was open," she said. "That's when we knew something happened."

The women are rattled but say they also feel positive.

"They could have come upstairs, come up and maybe killed us," said Beatrice.

Family is bringing in a replacement t-v, and also installing a security system.

"Of course, they won't go anywhere, they refuse to move but," a family member told Eyewitness News. "If we can keep them safe while here, then we will do whatever it takes to make sure that happens."