It happened at Kinder Care Education on East 62nd Street. 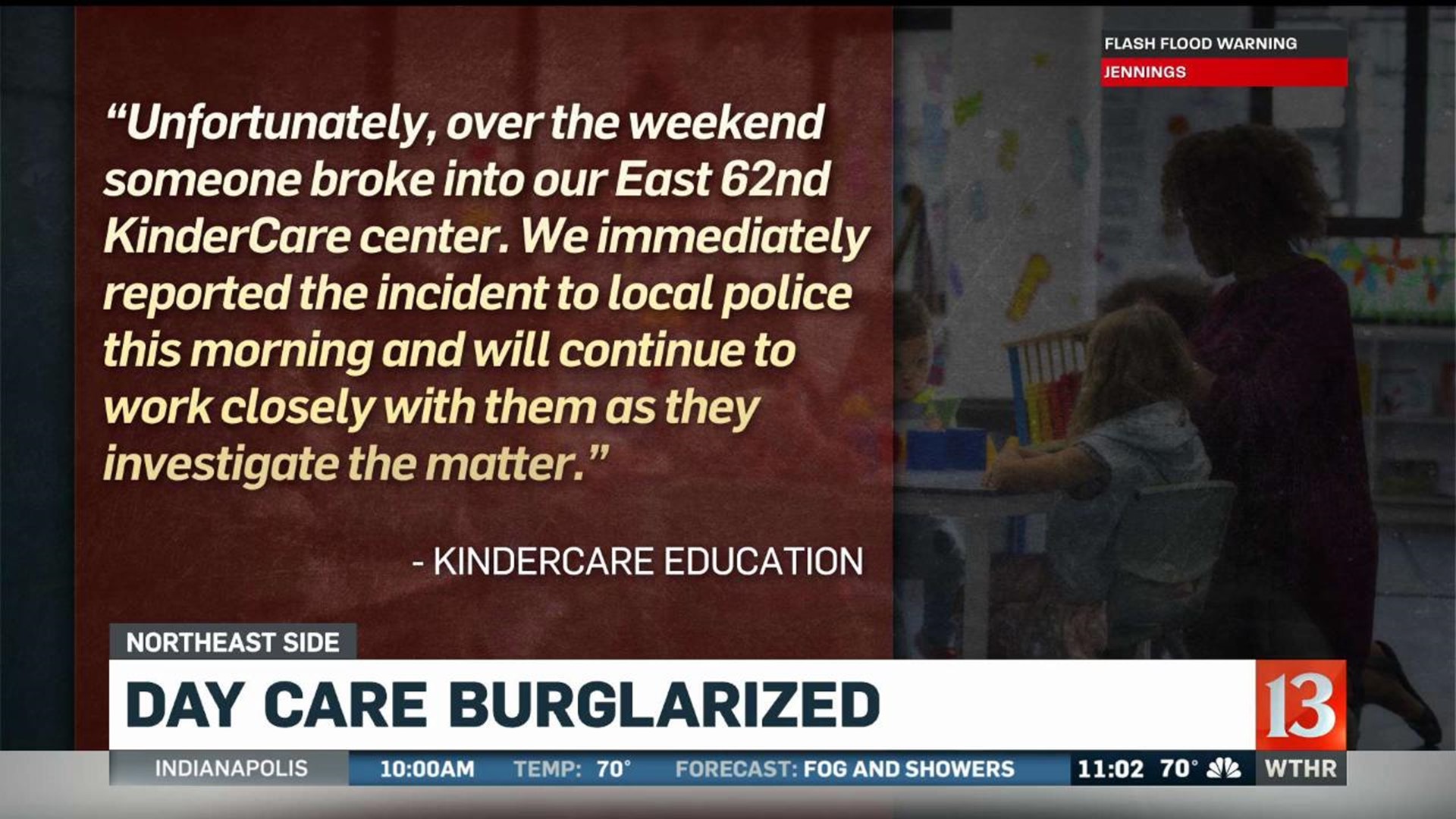 It happened at Kinder Care Education on East 62nd Street.

According to a police report, someone ripped open the screen on a back window, then opened the window and climbed inside the facility. Once they did, it appears they headed straight for the main office, taking 15 new i-Pads.

The report also said the the new iPads was no secret, since the daycare posted on social media about them.

A desk in the main office was also ransacked.

The rest of the facility was left untouched. Employees discovered the break-in early Monday morning.

"They didn't tell me," said Ashley Merryman, who was picking up her son Monday. "I'm not probably worried about it."

"I was really just notified right now, so I haven't had a chance to talk to anybody about it or find out anything," said another mom.

According to the police report, the day care doesn't have security cameras or an alarm system.[article_tokens:suggested_links]

"I feel like they definitely should get some cameras around the facility and maybe in the facility as well," another parent said.

A corporate spokesperson for Kinder Care issued this statement:

Unfortunately, over the weekend someone broke into our East 62nd KinderCare center. We immediately reported the incident to local police this morning and will continue to work closely with them as they investigate the matter.

According to police, it appeared that the culprit left through a side door and fence gate.