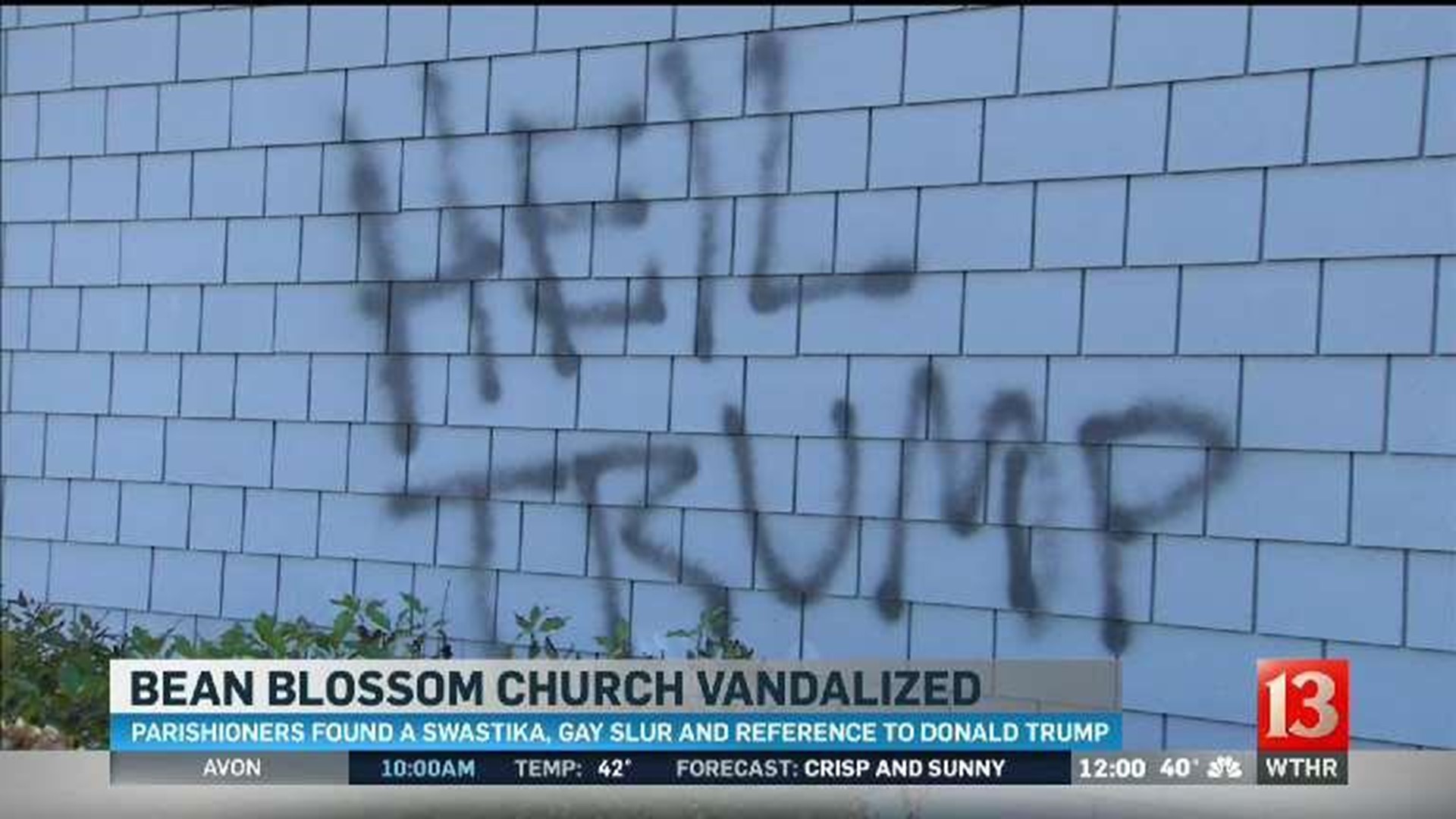 A swastika was on one wall, "Heil Trump" on another and "Fag Church" all spray-painted in black. The Episcopal Church as a whole accepts gay and lesbian members, and a same-sex wedding has been performed at St. David's.

"We're all created equal and we are all brothers and sisters in Christ and a hug is better than hate,” Gene Niednagel, the church rector's warden, explained.

It's unclear who is responsible. The Brown County Sheriff's Department was notified.

"To have this kind of separation from our neighbors is disappointing, but it's not demoralizing," Niednagel said.

On Sunday afternoon, people stopped by to hug the pastor and parishioners.

"Love conquers all hate. And that that is our response, is to be joyful and to be loving," said Rev. Hutto.

Church members say they are holding off on cleaning the walls, hoping that a good discussion can come from the hateful message.

Eventually, the words and symbols will be erased.

“Yea, we will wash it off and we will continue...because that's what we're called to do,” said Rev. Hutto.

This is the first time St. David's has been vandalized since its founding in 1959.