Mike and Kelly McPherson have trained their three bloodhounds to track scent and work pro bono for local agencies to help find clues. 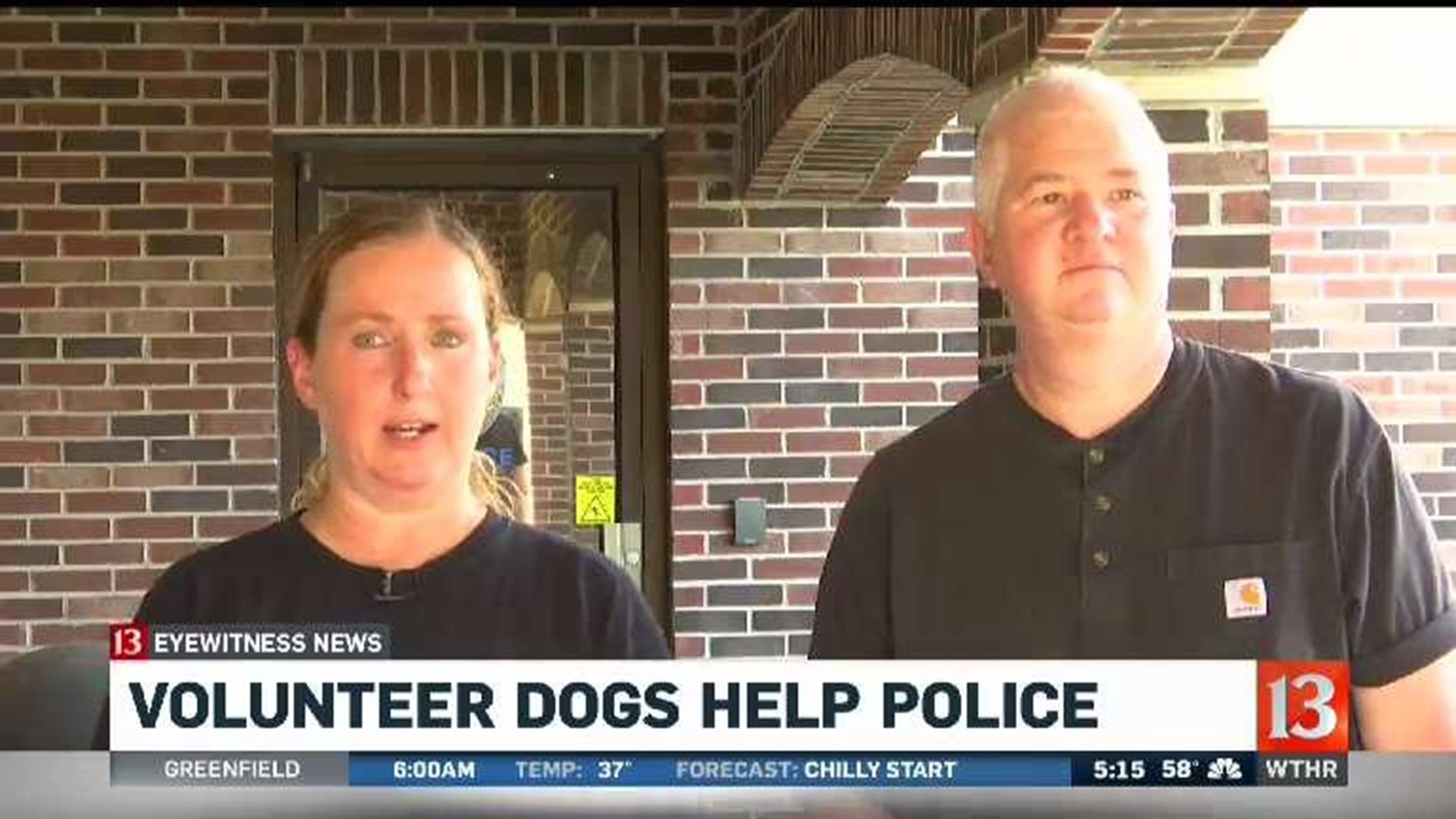 (Drone and GoPro video for this story courtesy of Matt Patton.)

INDIANAPOLIS (WTHR) - The bloodhound's sense of smell is "unsurpassed" by any other breed.

"They're the Cadillac," when it comes to chasing scent, said Mike McPherson of Hancock County Search Dogs.

Mike and Kelly McPherson have trained their three bloodhounds to track scent.

"We live in Hancock County and we only use bloodhounds for...it's called 'sense specific trailing' and the only thing they do is look for a live person," Kelly said. "There are people who will use bloodhounds as cadaver dogs, so it really depends on what you train them to look for."

The McPhersons work alongside law enforcement across Indianapolis whenever they're called upon.

"Murders, a couple child abductions, a runaway that was still on the move," said Mike.

The couple offers their assistance for free to police departments and have assisted IMPD on major cases.

Kimberly Travitz was formerly part of IMPD's Missing Persons Unit and has worked with the Hancock County Search Dogs.

"We had the Willy Wilson, Baby Delano and that was a case where we had issued an Amber Alert," said Travitz.

She said initial law enforcement issued an Amber Alert based on the father's description of two people in a blue Ford Taurus who knocked him unconscious and that when Wilson woke up, his baby was missing.

"We got calls from all over the state citing blue Tauruses, not necessarily a baby or the suspects, just a blue Taurus," said Travitz.

On this case and others, Travitz said the bloodhounds help make a search more efficient.

"It would have taken forever. It would have taken a lot more manpower then we're even able to provide. Because then we have to go out and do a grid search, where you have people every two or three feet apart and we just walk an area," said Travitz. "I mean you have to have hundreds of people to cover a large area. To where the dogs, they get a scent article. And they just take off. And they can take us to areas a lot quicker."

Researchers who tried to quantify the reliability of bloodhounds in identify and trailing the scent of humans in high traffic areas on 48-hour-old trails found they had a success rate of 96% with no false identifications. It's for this reason why what a bloodhound tracks can be admissible in the court of law.

Mike and Kelly McPherson offer their assistance pro bono because it's a passion. And it's their passion for tracking and searching as well as their love for the bloodhound breed which led them to one another.

Mike and Kelly met through a training group for their search dogs.

"If you find someone that loves the same breed and loves search and rescue and doing what we do, you're not going to find somebody like that very easily," said Kelly.

The McPhersons say not every case has a happy result. Sometimes, they are able to offer a family closure.

Other times, when they find a runaway, they're able to remind that child that there are people who worry and care about them. Mike said the feeling he gets from being able to help someone can only be described as "euphoria."

And for the McPhersons, helping someone in need is the best part of the job.