A gun store is cleaning up the damage left behind after thieves broke in early Thursday morning. 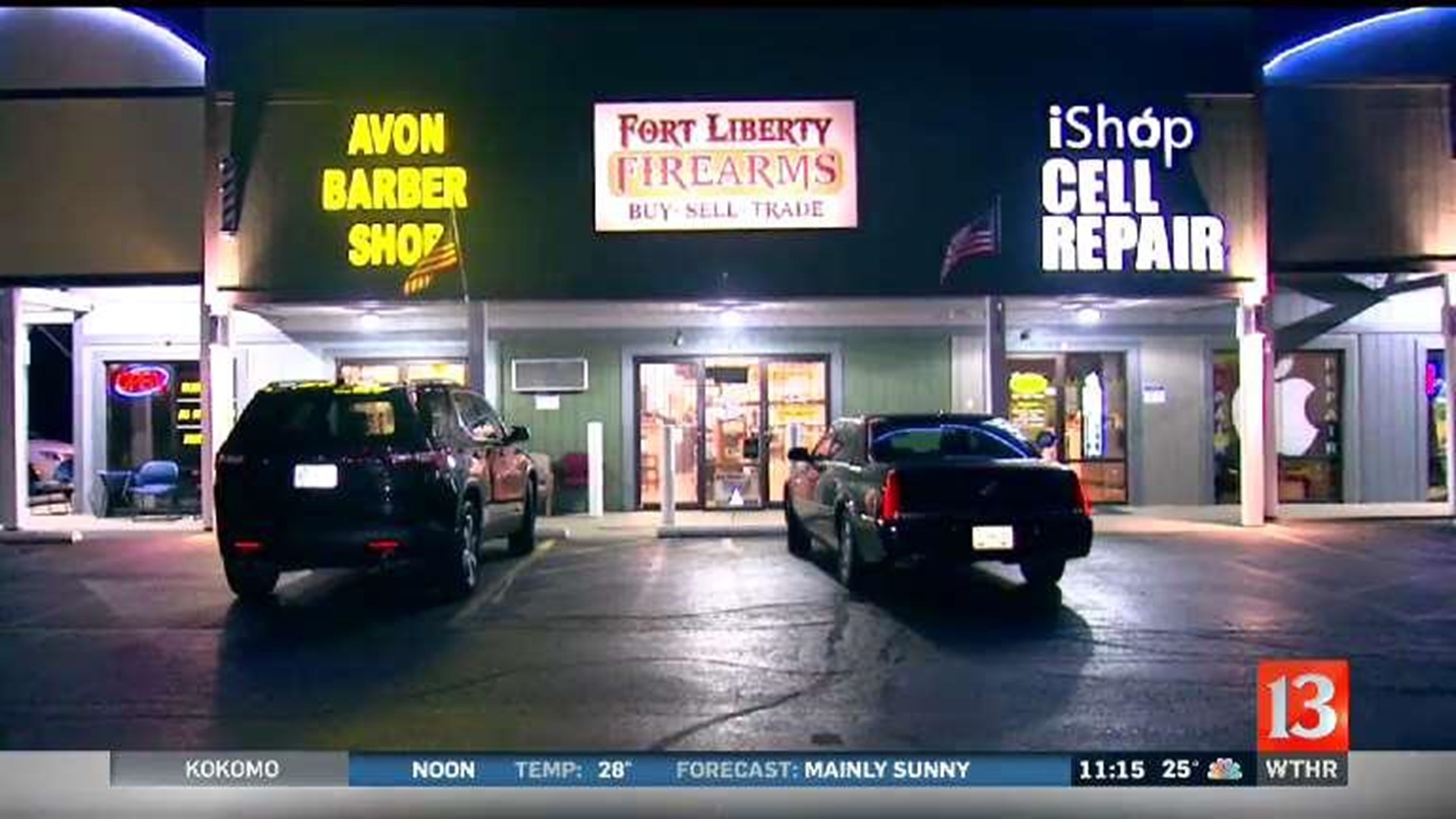 AVON, Ind. (WTHR) - A gun store is cleaning up the damage left behind after thieves broke in early Thursday morning.

The suspects came through the front door of Avon's Fort Liberty Firearms. They smashed the glass with a hammer to gain entry.

"I think they were shocked when they came in to find there are no guns out," said Douglas Hunter, one of the store's co-owners.

The owners started locking up the guns at closing time four years ago.

"I don't sleep a lot anyway, but in order for me to sleep, we lock everything up," Hunter said.

With no guns to steal, the two men could only smash some display cases and grab a few knives, said police.

"The biggest victory is no one was hurt in the store or in the community and no firearms were taken," said Hunter.

Avon police aren't releasing surveillance video yet, but say there's plenty of it, from both inside the store and around the shopping plaza.

"Looking directly in the camera and smiling, basically," Hunter said of the suspects. He hopes police can find the people responsible soon.

Police did, however, release still photos from the security cameras, showing the suspects.

Until then, he's put the word out about what happened.

"We share it with other gun shops," said Hunter.

Hunter is hoping those responsible for breaking into his place don't try it somewhere else.