Mother who admitted to killing her two young children pleads guilty to two counts of murder. 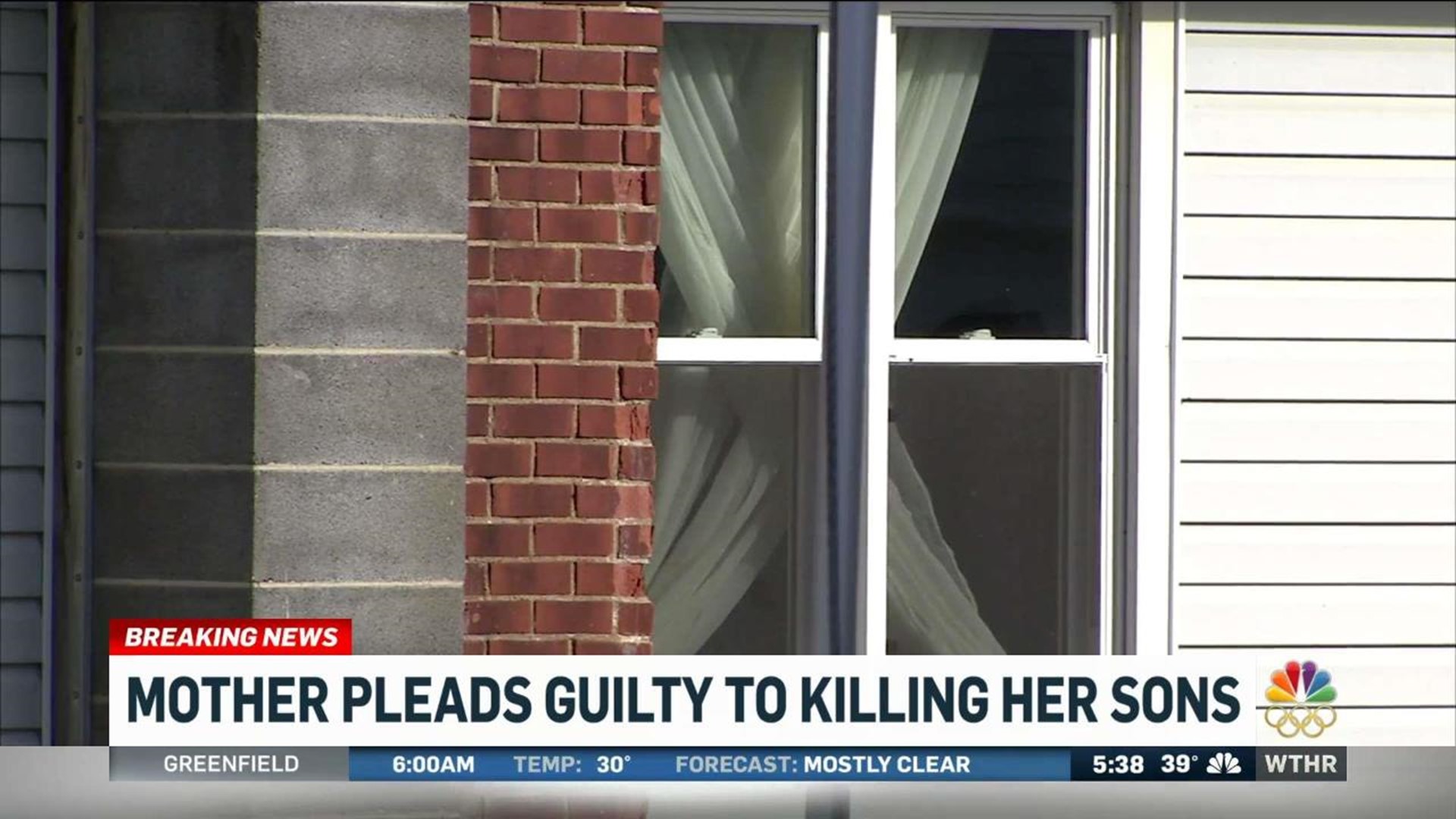 DARLINGTON, Ind. (WTHR) - A Montgomery County woman who admitted to police that she killed her two children has now entered a guilty plea to two counts of murder.

Police say Brandi Worley called police in November of 2016 and told dispatchers she stabbed herself and killed her two children.

She told dispatch, "I just stabbed myself and killed my two children.

When deputies arrived at the couple’s home in the town of Darlington, police say Brandi Worley again said she killed her children. She was taken to IU Health Methodist Hospital to be treated for stab wounds to the neck. Her children were found dead in a bedroom.

Police say Jason Worley was asleep in the basement when the children were killed.

"We just want to pray for the family...that's what's important," said Seth Stultz, a pastor at a local church who also lives down the block from the Worley’s home. "Just really kind of disbelief and shock and obviously lots of questions, wanting to know why. Try to understand it. Small town like this, I don't think anybody - whether you're in a big city or small town, I believe nobody wants to go through this."

Those questions are ones that only Brandi may be able to answer.

"Take an opportunity to hug your children. Not just your children, your mom, your dad, you know...brothers and sisters, you need to make the most out of every opportunity you have," said Stultz.

Friday afternoon, appearing with an attorney, Brandi Worley entered a plea agreement of guilty to two counts of murder.

The court accepted the plea and entered a judgment of conviction. Sentencing has been set for March 19th.