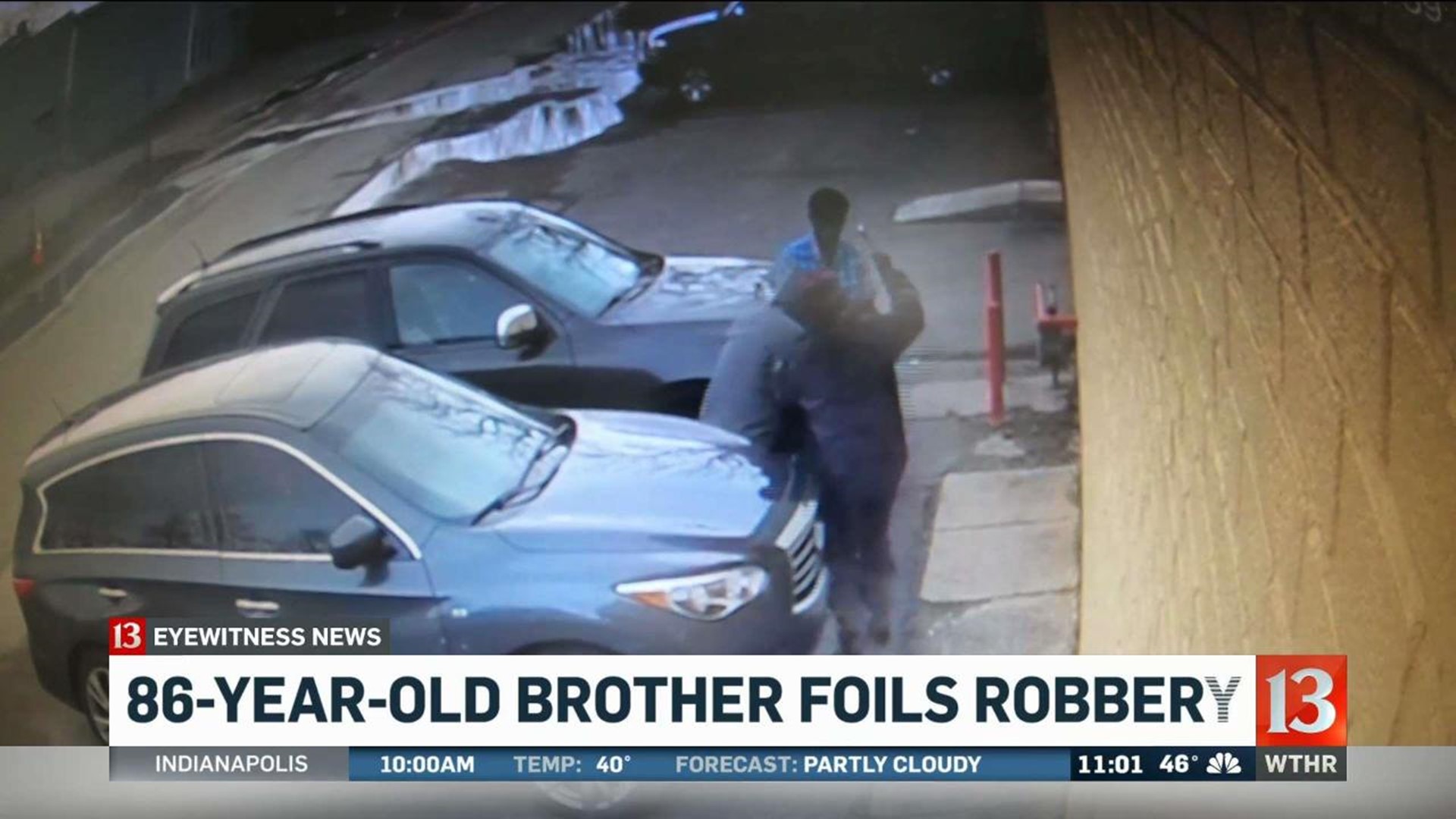 INDIANAPOLIS (WTHR) - An 86-year-old Indianapolis man considers himself his brother’s keeper. He got a chance to demonstrate that commitment Wednesday, coming to the aid of the 80-year-old being robbed at gunpoint.

I started hollering and my brother heard and he came and put that wrench right upside his head it was all over it was all over--80 year old robbery victim on his 86 year old brother taking on armed suspect using a wrench. pic.twitter.com/K9ILSuMv7o

The victim, who turns 81 later this month, was still shaken a day later after believing he was about to get shot over the $3.00 in his pocket.

He didn’t want us to use his name but does want people to know he worked hard his whole life for every dollar he ever earned, even helping build Lucas Oil Stadium.

Still, as hard as this man has worked to earn a living, he says he didn’t try to fight back when he realized the man in a hooded sweatshirt was robbing him.

“These people out there in the street don’t care that much,” he said.

On the video, you see the older man come out of the body shop, walking with a cane. He’s about to head to a nearby truck where his older brother was waiting on him.

“We ride together, so he said ‘you go and see about the car. I’m going to sit here and wait on you,’” the man recalled.

When he came outside though, he saw a young man who he says asked for directions to a mechanic shop.

In the video, you can see the older man pointing with his cane down the street. Moments later, the man in the sweatshirt turns around.

Just as you see the suspect start digging through the man’s pockets, the victim’s 86-year-old brother comes running into the picture. He didn’t come empty handed.

He brought a wrench.

“My brother came and put that right upside his head. It was all over,” the man said.

In the footage, you can see the surprised suspect reel and then chase the 86-year-old man around a car before taking off.

“He didn’t want that wrench no more I guess,” the victim said.

As he was running away, the suspect dropped the victim’s money.

“That three dollars wasn’t going to do him no good, but that wrench did his head some good,” he said.