A FBI sex trafficking investigation just announced Wednesday saved 84 minors and captured 120 traffickers across the country, including some here in Indiana. 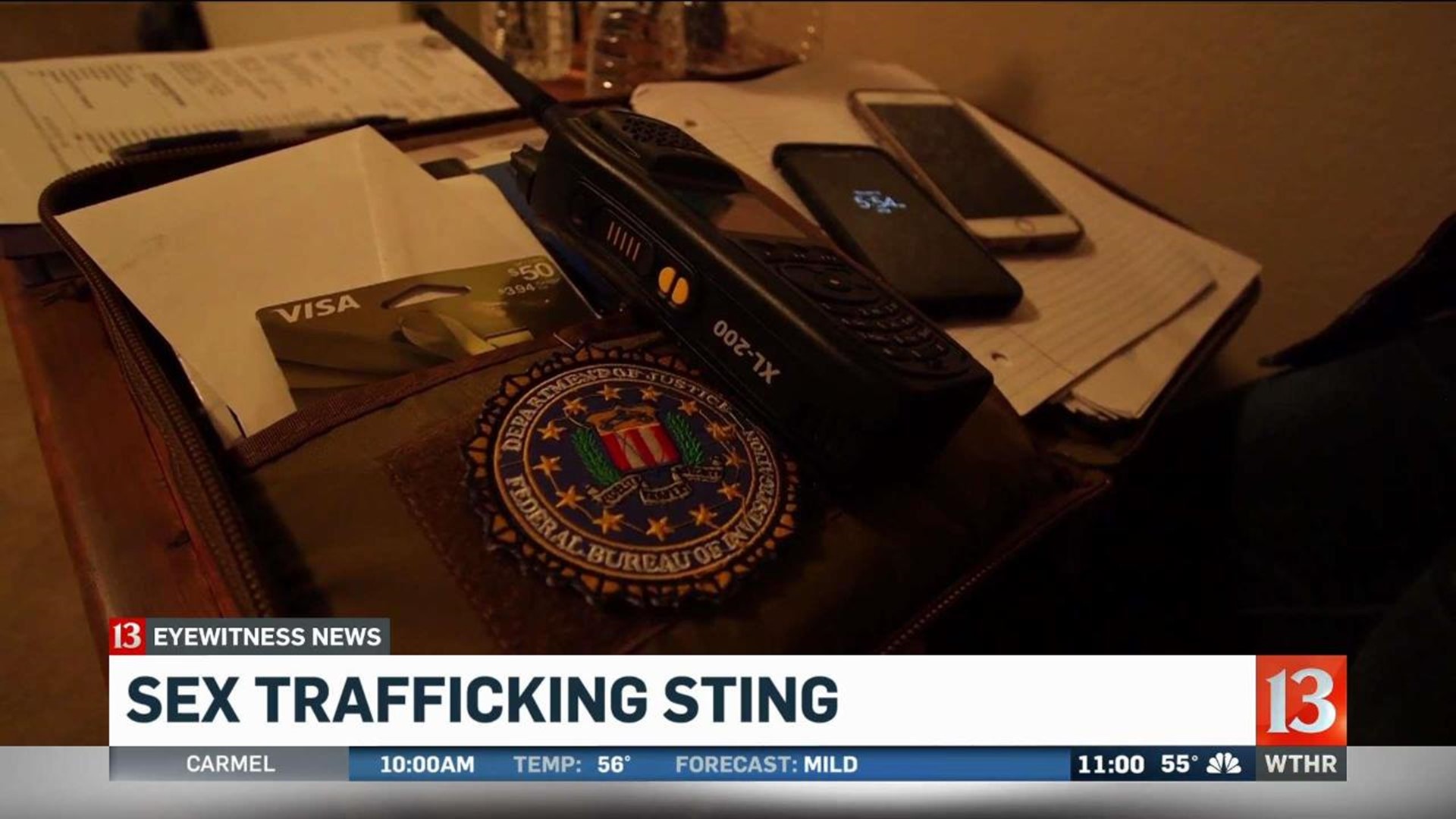 INDIANAPOLIS (WTHR) - A FBI sex trafficking investigation just announced Wednesday saved 84 minors and captured 120 traffickers across the country, including some here in Indiana.

“By focusing on the identification of those responsible for commercial sexual exploitation of minors in Indianapolis, we were able to significantly impact online sex trafficking in the area and were able to further develop excellent relationships with our state, local and county law enforcement partners as well as our public health partners,” Supervisory Special Agent Mike Langeman said in a press release. “These operations will continue with the goal of locating and removing juveniles from sex trafficking and dismantling those responsible for commercial sexual exploitation.”

“We at the FBI have no greater mission than to protect our nation’s children from harm. Unfortunately, the number of traffickers arrested - and the number of children recovered - reinforces why we need to continue to do this important work,” said FBI Director Christopher Wray. “This operation isn't just about taking traffickers off the street. It's about making sure we offer help and a way out to these young victims who find themselves caught in a vicious cycle of abuse."

FBI agents and task force officers staged operations in hotels, casinos, and truck stops, as well as on street corners and Internet websites. The average age of victims rescued in this operation was 15 years old, but they spanned in ages to as young as 3 months old. Minors rescued in this operation are offered assistance from state protective services and the FBI’s Victim Services Division. Depending on the level of need, victims are offered medical and mental health counseling, as well as a number of other services.

“Child sex trafficking is happening in every community across America, and at the National Center for Missing & Exploited Children, we’re working to combat this problem every day,” said NCMEC President and CEO John Clark. “We’re proud to work with the FBI on Operation Cross Country to help find and recover child victims. We hope OCC generates more awareness about this crisis impacting our nation’s children.”

Operation Cross Country XI is part of the FBI’s Innocence Lost National Initiative, which began in 2003 and has yielded more than 6,500 child identifications and locations.