4 people shot on northwest side of Indianapolis

Four people were shot on the near northwest side of Indianapolis Wednesday night. 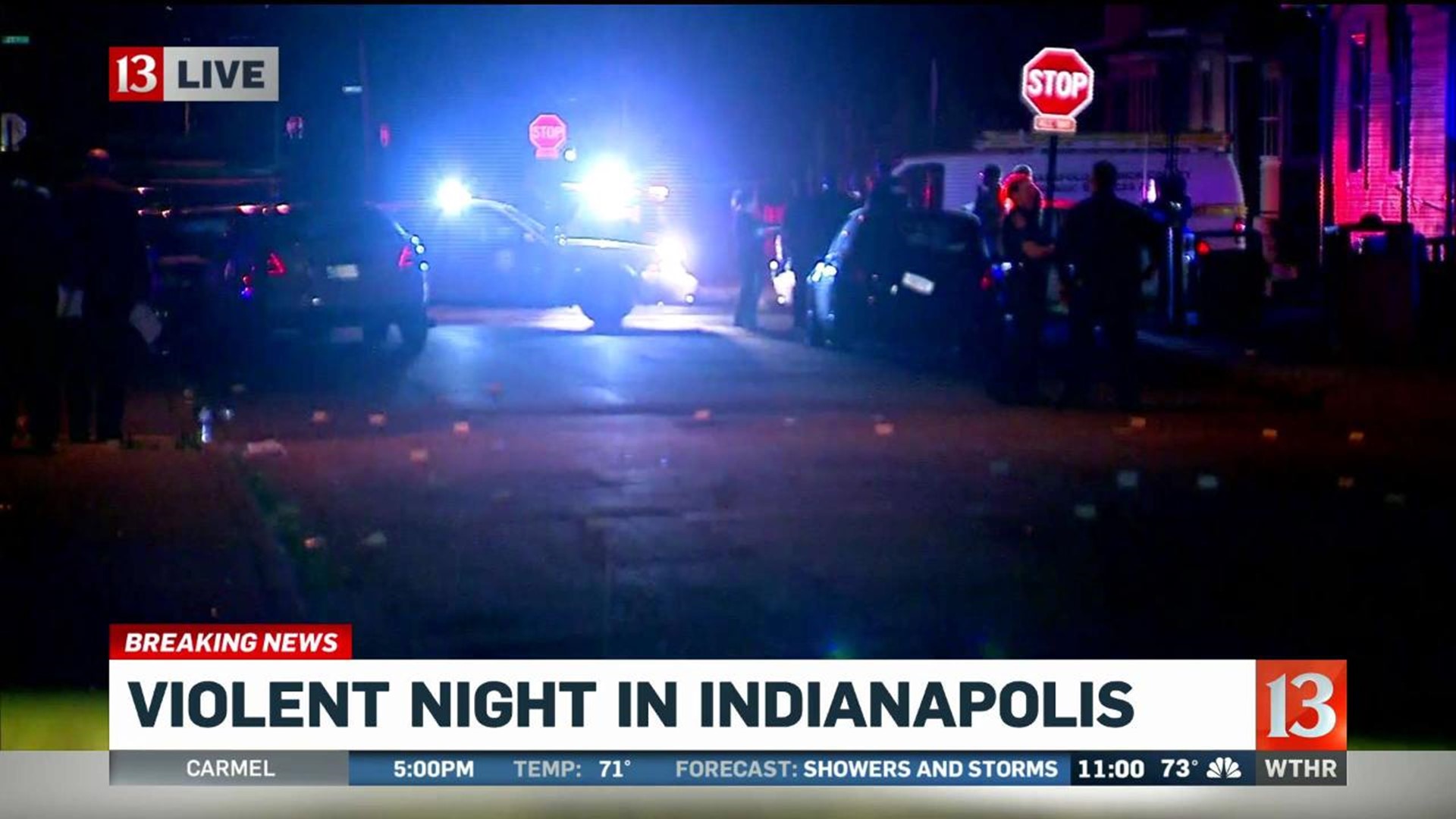 INDIANAPOLIS (WTHR) — Metro police are now trying to find who is responsible for shooting four people on the near northwest side of Indianapolis Wednesday night.

Officers were called to the shooting scene at at West Roache and Rader streets shortly before 9:30 p.m.

Police say officers found three people shot at the scene. The fourth victim was driven to Community North Hospital. All four are stable and they're expected to recover.

They say all of the victims involved are young adults over the age of 18.

Detectives have been talking with several people in the neighborhood about the shooting who say this all started as part of a block party. Those people are not under arrest.

If you know anything, you're asked to call Crime Stoppers at 317-262-TIPS.

(NOTE: Police told Eyewitness News five people had been wounded in the shooting, but later amended that number to four victims.)