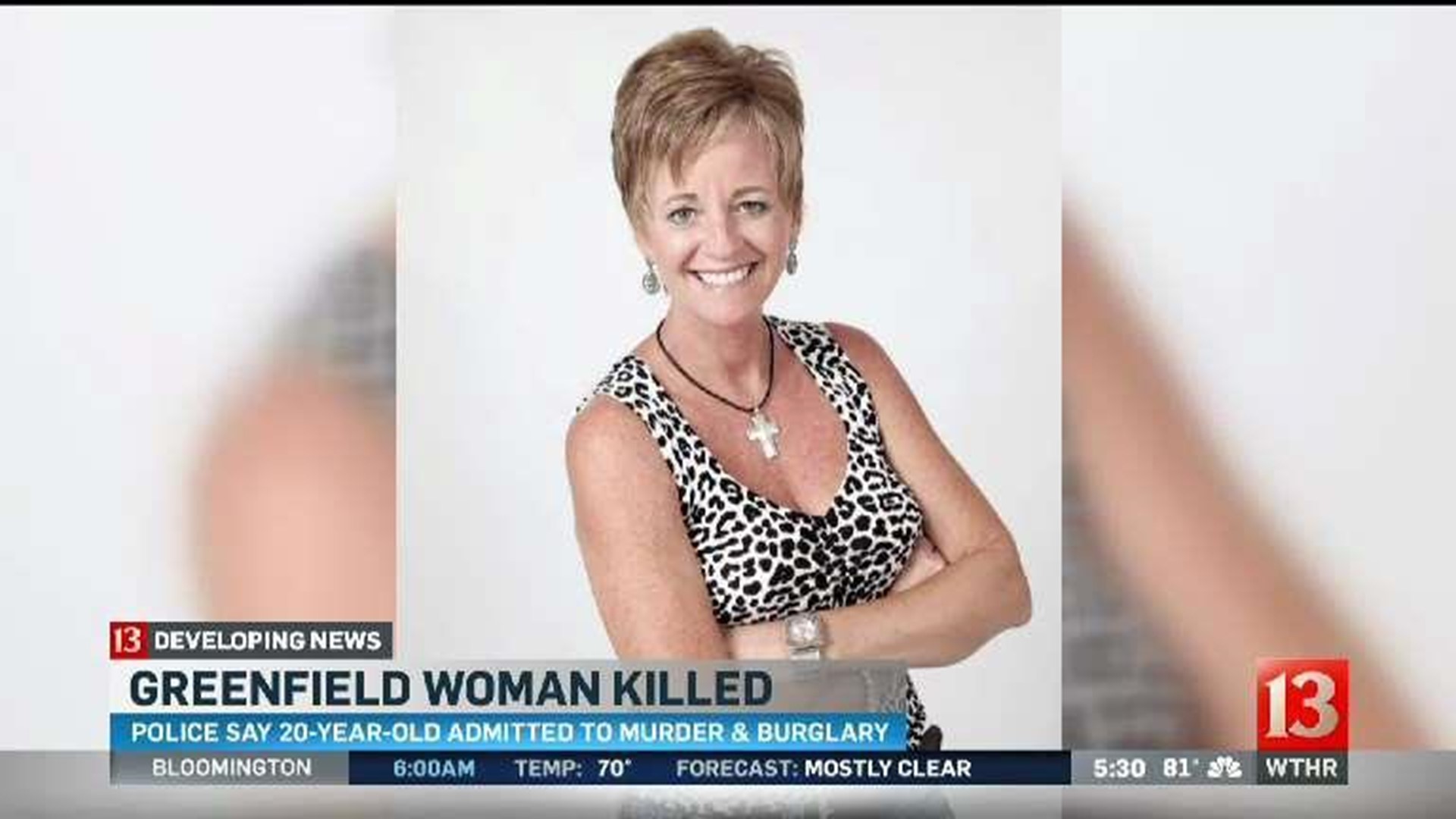 Patricia Dresser, 52, was found in the 1100 block of Morningside Drive around 10 p.m. Thursday when a family friend called 911 after not hearing from Dresser. She was pronounced dead at the scene. After autopsy, the coroner declared her death a homicide.

Detectives saw her 2011 blue Ford Taurus and other personal property was missing. They were able to track it down around 8:50 p.m. Friday in the 1000 block of S. State St. in Greenfield. After a traffic stop, officers took the driver, Spencer Spielman, and his passenger in for questioning.

During that interrogation, Spielman reportedly admitted to stealing Dresser's property as well as strangling her. The passenger is not believed to have been involved in either crime, and so has not been identified.

Investigators say Dresser had hired Spielman to do odd jobs after he said he needed money. Her son is on active military duty and frantically kept trying to call his mother last week. He called a family friend, who went to the Greenfield home and found her.

The murder rocked Dresser's neighborhood, which is not used to violent crime.

"It's shocking and disturbing all at the same time," said Lisa Mech, a mother of two and resident of the Cricket Reel subdivision.

Mech is separated from Dresser's home by a privacy fence which is partially open because of storms earlier this year. She considers the unthinkable crime too close for comfort since she used to leave her doors unlocked while at home with her children and other family members.

Dresser's neighbor, Steve Forman, who lives across the street, knew the emergency response to Dresser's home meant something really bad had happened. During the investigation, officers knocked on his door asking if he had seen anything unusual at Dresser's home.

"We rarely have anything like this and especially in this neighborhood. We rarely hear noise," Forman said. He didn't know Dresser personally, but they did speak to each other when they crossed paths outside while coming and leaving home.

"We asked police based on what happened at the house if we had anything to be concerned about, and they told us no. So we will just have to go with that and trust that they know what they are talking about," Forman said.

"Just to be murdered and nobody know about it until the next day or so or whenever she was found... crazy, just crazy", said Mech.

Part of the investigation includes video from another neighbor's security cameras.

"It's a little freaky that someone will kill someone, steal a possession of theirs and drive along like nothing ever happened," Mech added. "I just don't get it. Why would you do that?"

Spielman is in custody on an unrelated arrest warrant for a probation violation. The Hancock County prosecutor is working on formal murder charges against Speilman in the case.