The Clinton County Sheriff's Office has arrested an 18-year-old for sexually assaulting a female at an event. 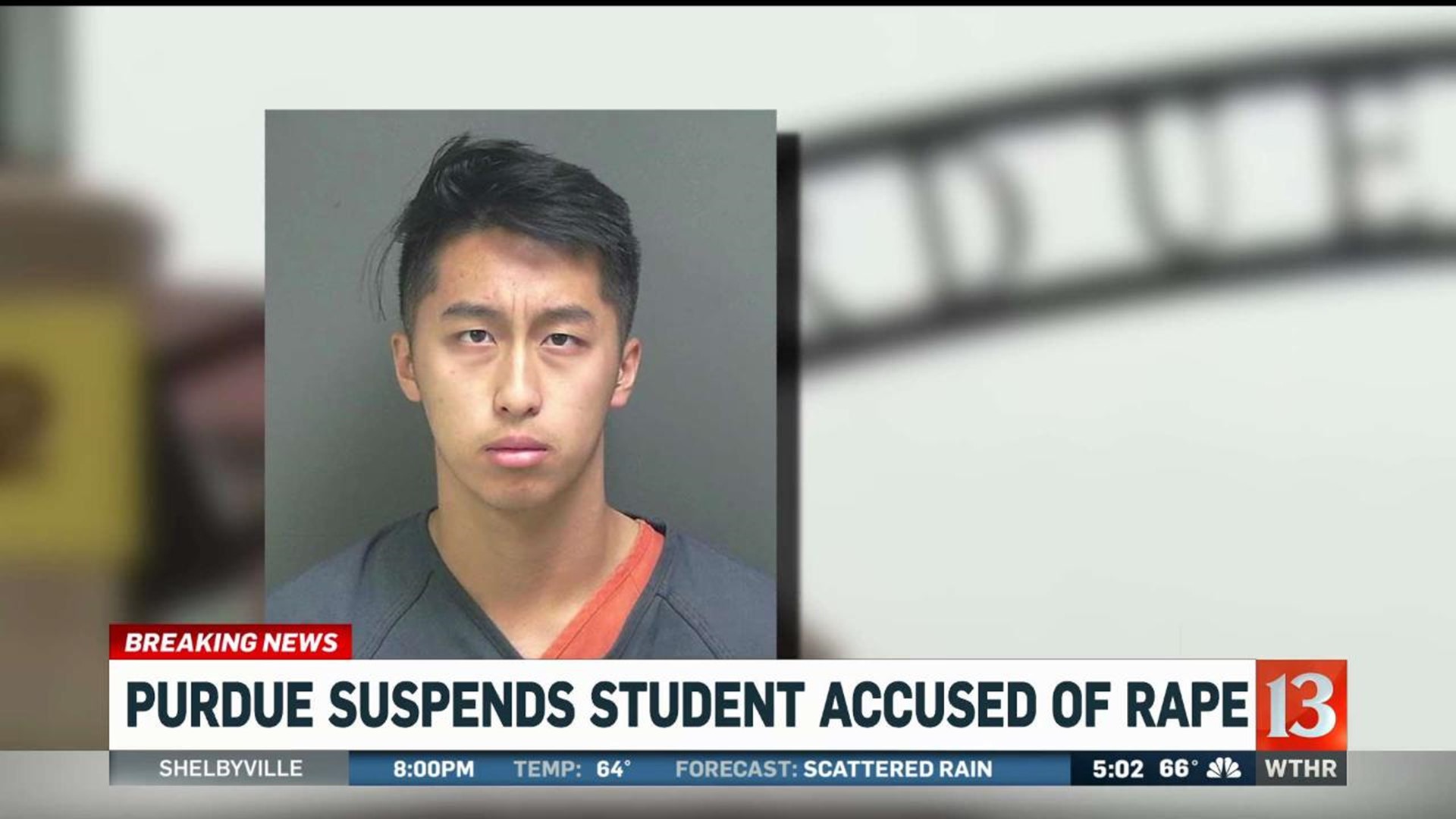 WEST LAFAYETTE, Ind. (WTHR) – The Clinton County Sheriff's Office has arrested an 18-year-old for sexually assaulting a female at an event.

Authorities say they were contacted Sunday by St. Elizabeth Hospital Emergency Room concerning a sexual assault that had occurred on County Road 0 N/S in Clinton County.

The female victim had been sexually assaulted while attending an event, according to authorities.

Deputies were able to locate the suspect at his residence in West Lafayette. The suspect cooperated with law enforcement.

After an interview was conducted, Detective Dan Roudebush arrested 18-year-old Richard Chan of New Jersey for rape, a Level 3 Felony.

Official charges are pending from the Clinton County Prosecutor’s Office.

Purdue University tells Eyewitness News that the student victim is recovering and receiving support and care.

Richard Chan has been suspended from the university pending the result of the police and university investigations.