While other cars passed by the scene, the 17-year-old, along with his mom and girlfriend, did what they were supposed to do and stopped to render aid. 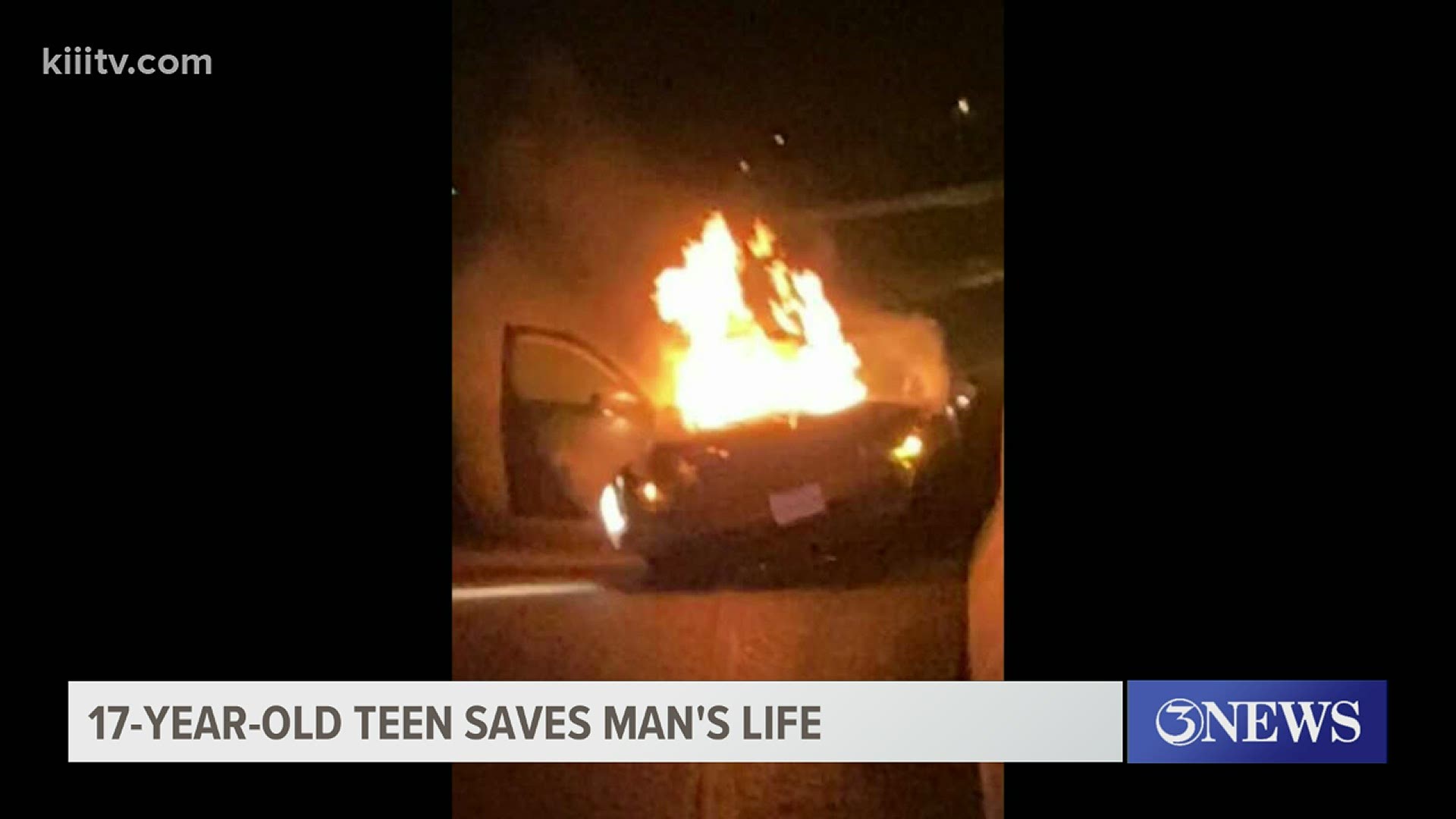 CORPUS CHRISTI, Texas — The heroic actions of a quick thinking teenager saved a man's life by pulling him out of a burning vehicle.

Corpus Christi police say 17-year-old Teddy Herrera reportedly ran over and pulled an unconscious man out from behind the wheel of a vehicle just before it blew up.

A drive home from a Thanksgiving dinner in Rockport ended up saving the life of a man.

It was just after 2 a.m. on Friday when a one car accident happened along Highway 181 between Portland and Corpus Christi.

While other cars passed by the scene, Herrera, along with his mom and girlfriend, did what they were supposed to do and stopped to render aid.

While Teddy's mom called 911, her son checked inside the car to see if anyone was there. He spotted the driver passed out and slumped across the front seat. Then, the Ray High School junior said he had to act quickly because the car had caught fire.

Herrera was on the varsity swim team until the coronavirus pandemic hit. The teenager made his school proud once again, but this time because he dived into a very dangerous situation.

"I tried waking him up and I tried to get him to realize he was in an accident and he just wouldn't wake up," Herrera said. "Then, the car really starting to catch on fire and it was starting to get really smoky and so I decided it's now or never and I just carried him and picked him up and got him out of harms way."

Herrera said the car eventually became totally engulfed in flames. Paramedics, police and firemen arrived on the scene quickly. Paramedics told him the man looked fine and everyone at the scene praised him for doing such a heroic deed.

Herrera also loves Marvel superhero movies so he got the chance to become a super hero himself.

"I felt kind of like a hero I guess," he said. "I’m glad my parents raised me the way they did well."

More from 3News on KIIITV.com: