Pet owners are being warned to look out for coyotes

It appears as if coyotes running through more suburban neighborhoods are getting bigger, bolder and more aggressive. There have been so many sightings and reported attacks on pets in Hamilton County that authorities are warning people to take precautions. 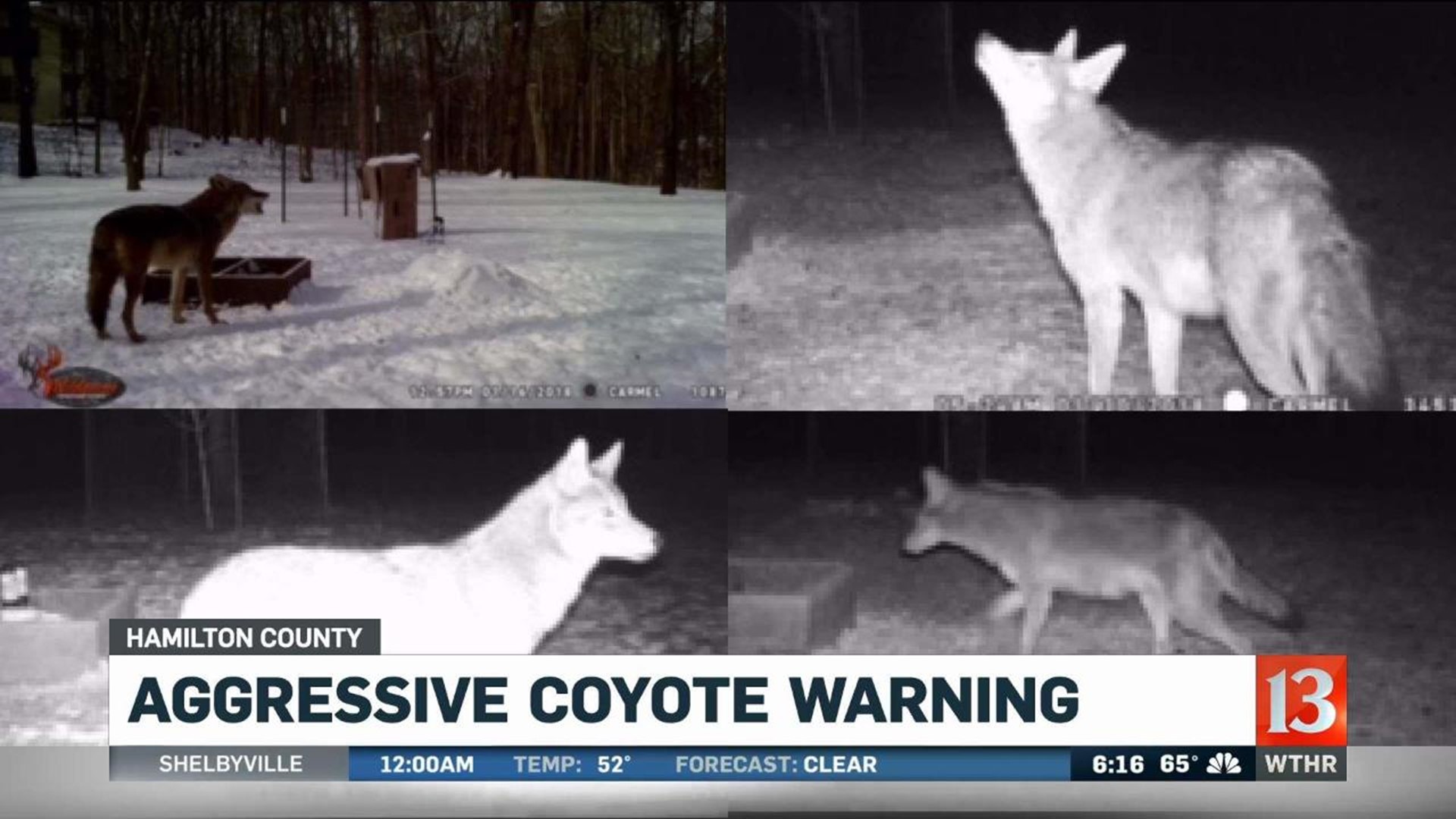 HAMILTON COUNTY (WTHR) — It appears as if coyotes running through more suburban neighborhoods are getting bigger, bolder and more aggressive.

There have been so many sightings and reported attacks on pets in Hamilton County that authorities are warning people to take precautions. And like a lot of other neighborhoods, the Home Place area has become coyote country.

Dan Cockrell’s trail camera captured a bunch them. One of the coyotes he said is the biggest he’s ever seen. It's about the size of big dog, like Frisco, a friendly Lab that lost a fight with a coyote.

“The fact that he went after a 70-pound dog was pretty surprising to me.” Said Gerry Dail, Frisco’s owner. The attack occurred when Gerry and his wife Barbara walked Frisco down a neighborhood trail in the new Jackson Grant subdivision north of 116th Street on Spring Mill Road.

“It was pretty intimidating,” he said.

Dail says the coyote came running out of a wooded area right at Frisco. Frisco chased him back to the woods and there here was a fight. Frisco had enough and run out of the woods, but the coyote was right behind him.

“He came back out sort of after me and at that point I took the stick and was waving and yelling at the top of my lungs to get him away from us.” Gerry said. “Anyone who could have been small or even kids in the area or a small dog could have been attacked by the animal.”

New developments are destroying the coyote’s natural habitats. It's also birthing season, so naturally, females are aggressively protecting their cubs.

Hamilton County's animal control officers are warning people to stay vigilant and be on the lookout for coyotes. The recommendations include keeping dogs on a short leash, making noise so coyotes aren’t surprised. If there is a confrontation don’t run, back way, yell and wave your arms to scare the coyote away.