Sidney Walton, 101, made his way through Knoxville on his way to Lansing, Michigan as part of a tour honoring the 75th anniversary of the end of World War II. 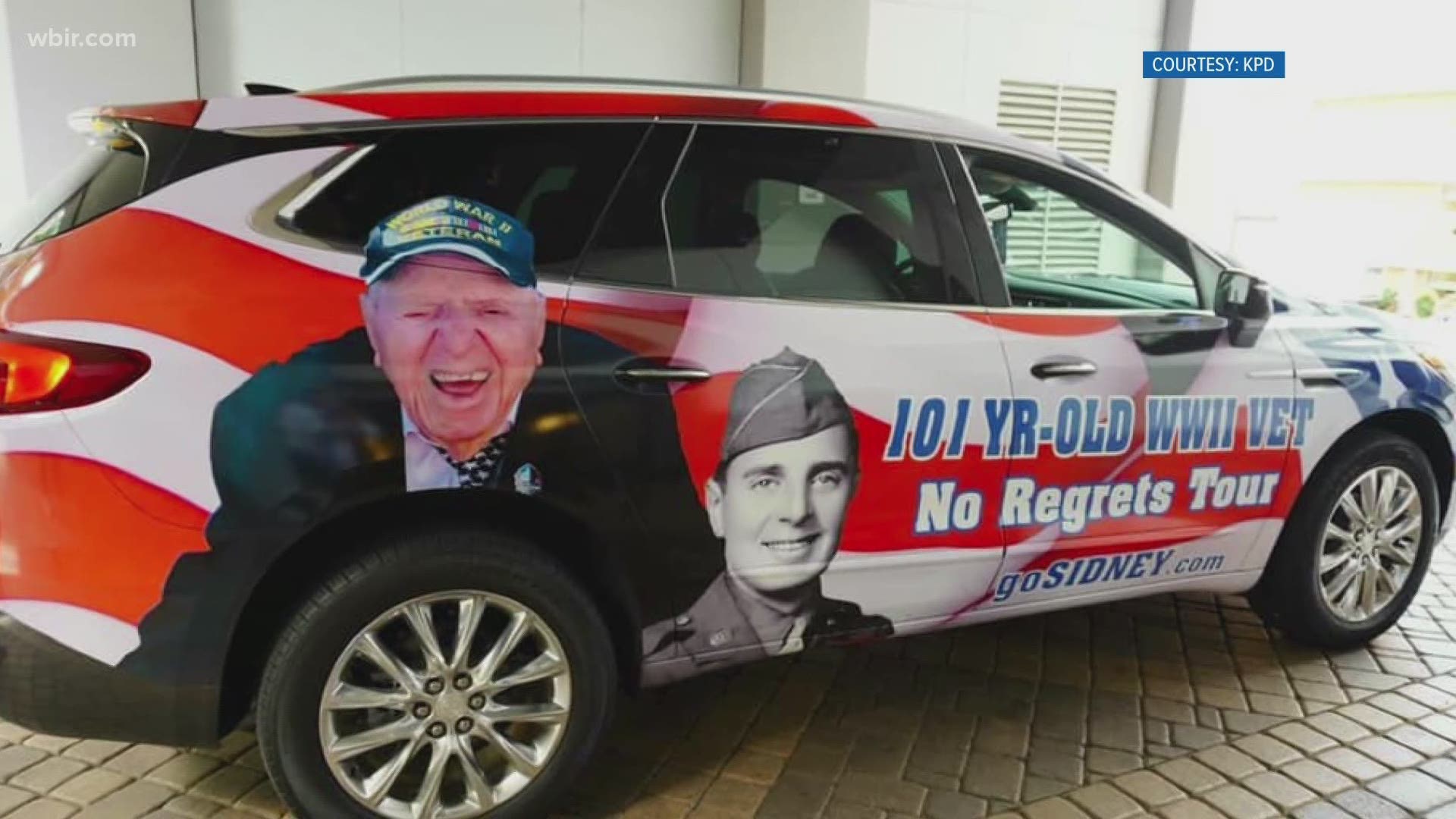 KNOXVILLE, Tenn. — Knoxville Police escorted a 101-year-old World War II veteran through Knoxville Tuesday as he made his way to Lansing, Michigan.

Sidney Walton, 101, is headed north on I-75 to Lansing, Michigan to honor the 75th anniversary of World War II. To thank him for his service, police drove beside him in police motorcycles and took pictures beside Walton.

The journey is part of Walton's "No Regrets Tour." He is driving across the U.S. and stopping in all 50 states to meet the governors as well as the President of the U.S. On Aug. 24, he said goodbye to Gov. Kemp in Georgia and continued his tour north.