Ever since INDOT announced plans last fall to rebuild the I-65/I-70 north split, a coalition of neighborhood, civic and other groups has been urging INDOT to rethink downtown's interstates. 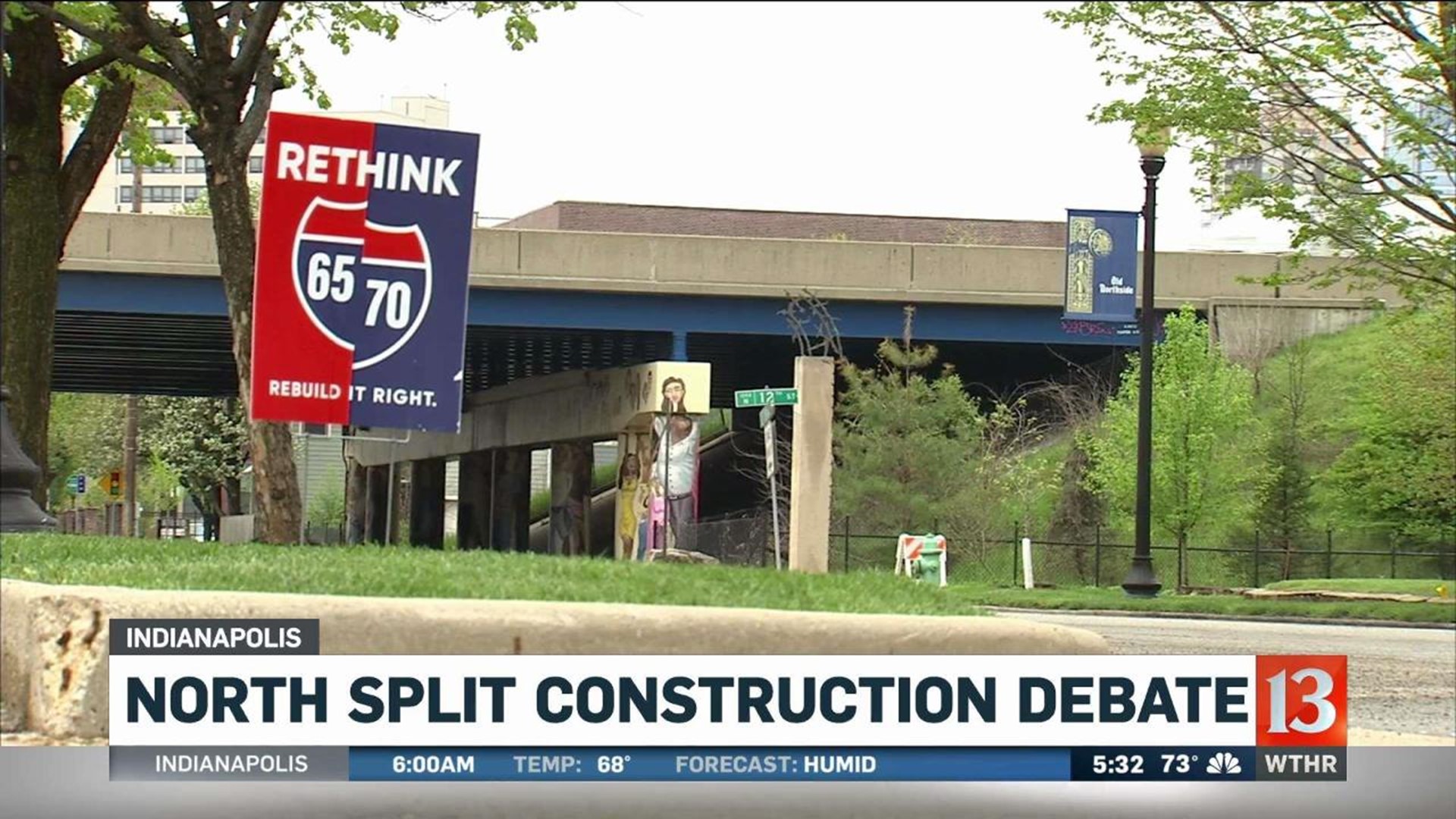 INDIANAPOLIS, Ind. (WTHR) — Ever since INDOT announced plans last fall to rebuild the north split of interstates 65 & 70, a coalition of neighborhood, civic and other groups has been urging INDOT to rethink downtown's interstates.

'Rethink 65-70' signs are prominent in the Old Northside and other neighborhoods in or bordering downtown and those behind the initiative, it's less about the need to replacing and reconfiguring the aging north split bridges and ramps and more about finding better ways to get people to, through and around downtown.

So, prompted by public pressure, INDOT has agreed to take a step back and explore the alternatives.

On Thursday morning, it released findings of a four-month long study by HNTB, a construction company. The study, which cost $650,000 considered seven alternatives to Indy's current downtown interstate system. Those options included everything from maintaining the highways as is, to adding tolling (to divert traffic to I-465) to moving the interstates underground and/or converting them to boulevards.

"We tried to find the magic answer that fit all options. We did not find that," said John Myers with HNTB.

What they did find, however, was how each of the alternatives would affect traffic, what they would cost and how long they would take to build.

The options ranged from $500 million to $5.5 billion with construction taking anywhere from four-to-ten years. The study also found that in some cases, such as going the boulevard route, rush hours delays would increase by as much as 145%. Most of the options would also include acquiring right-of-way.

"There are a large number of questions that were not answered, but I do think what we have in this study is very valuable for the community because right now there's a discussion about what to do on these roadways without any information on how well they would work and the impact they'd have," Myers explained.

"The one thing the coalition does not dispute is that the bridges are aging and repairs are desperately needed," said Marsh.

But he's also concerned about future improvements and the impact they will have on things like economic development, public health and quality of life issues.

"It needs to take into account more than just how many tens of thousands of cars can we squeeze into the city on a given day... we just want to make sure they're not locked into one idea before this is vetted and it appears it's moving very, very fast."

"I've always liked the boulevard, tunnel thing" says Greg Wagnor, who has looked over the alternatives. Wagnor has lived only a short distance from the I-65/I-70 split for two decades, but seldom uses it.

"The last three years I've cycled more than driven a car," Wagnor said. "But I'm still confused about the whole thing, I just know I don't like the original plan."

He didn't like hearing about the possibility of adding any lanes or building a wall between the interstate and his Old Northside neighborhood.

"I'm just glad they're looking at other options," he said.

At this point though, there's no indication INDOT plans to do anything with the study, though Myers was quick to say rebuilding the north split wouldn't stop further changes down the road. While INDOT plans a public meeting May 23 to go over the study, it is still moving forward with plans to reconstruct the north split, beginning sometime after 2020.

An INDOT spokesman said it's too early to tell whether the rebuild will call for adding lanes.