This farm grew out of an urgent need. 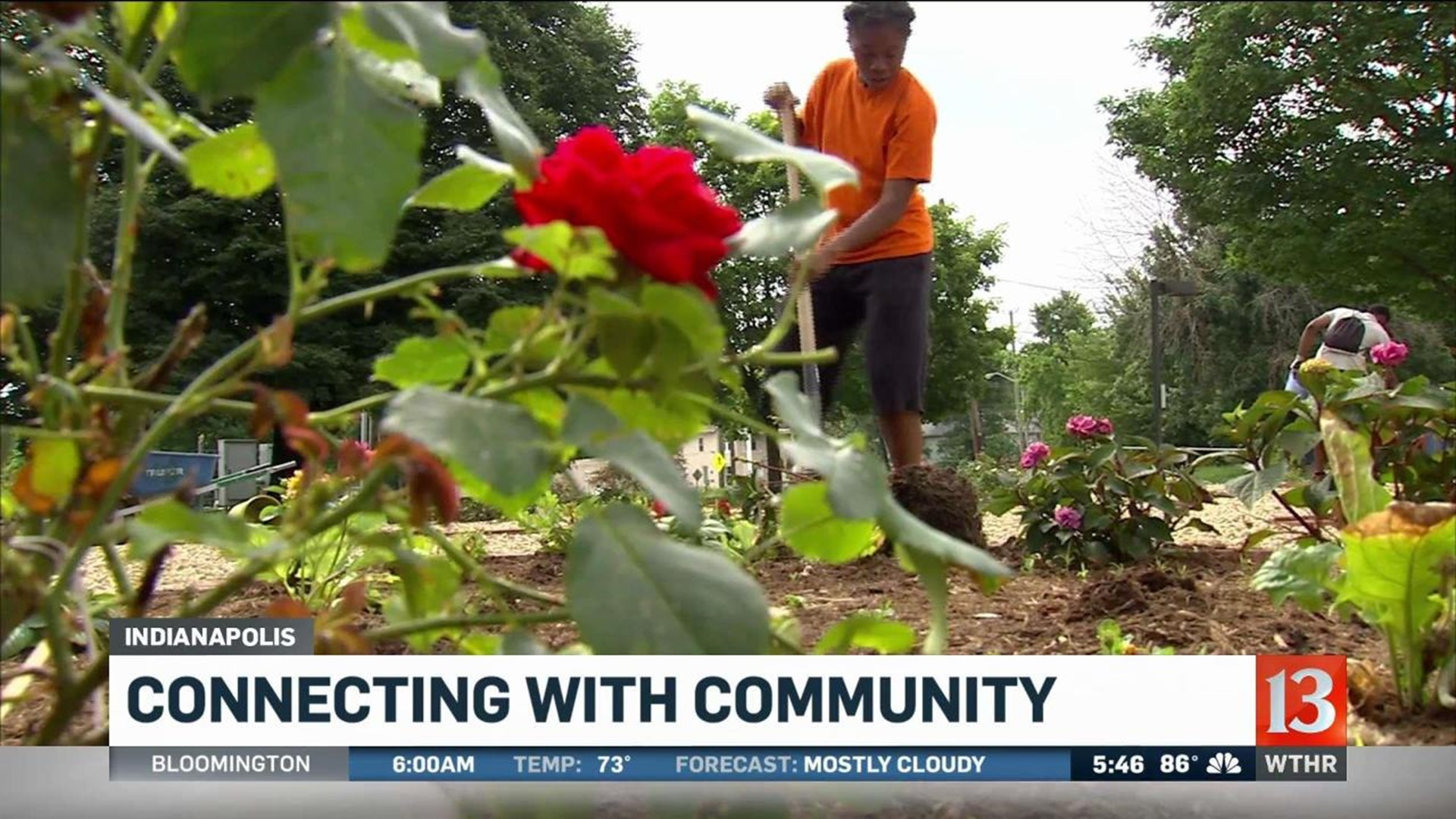 INDIANAPOLIS (WTHR) - The area around 25th St. and Dr. MLK has always struggled with crime, blight and poverty.

Now, though, it's part of the Great Places 2020 Initiative, a program aimed at transforming challenged neighborhoods, and an urban farm is planting the seeds of change.

Austen Tibbets-Priester's job this summer is working in the gardens of Flanner House.

"I like being outside, you get a lot of sun and exercise working gardens," he said. "You get to work the earth."

He works both the flower garden and, more importantly, the new urban farm, where they're growing tomatoes and other vegetables.

The farm grew out of an urgent need.

After the nearby Double 8 grocery store closed two years ago, the area became the largest food desert in the state.

"Being able to create a sustainable food option for folks in the community and have access to organic, healthy food was our main goal and objective in creating this," said Brandon Crosby, Flanner House executive director.

And they were able to do so thanks to grants, donations and partnering with Brandywine Creek Farms, which provided anirrigation system.

"We're interested in growing enough tomatoes to have enough scale, enough cucumbers and peppers to sell at an affordable rate to those who need it most," said Mat Davis, urban farm director.

"This is really about if we break even we're okay because that's part of our work and service to the community," said Crosby.

It's also about providing jobs to teens and young adults who live in the area, like Austen, who knows how hard it can be living on the edge.

"I grew up homeless as a kid, a teenager and I ate gas station food all the time. It's not healthy," he said. "This is good and healthy for you."

The farm is a big reason the area was chosen as one of the Great Places 2020 initiatives. Crosby says it shows what happens when a community plants the seed.

In this case, many seeds.