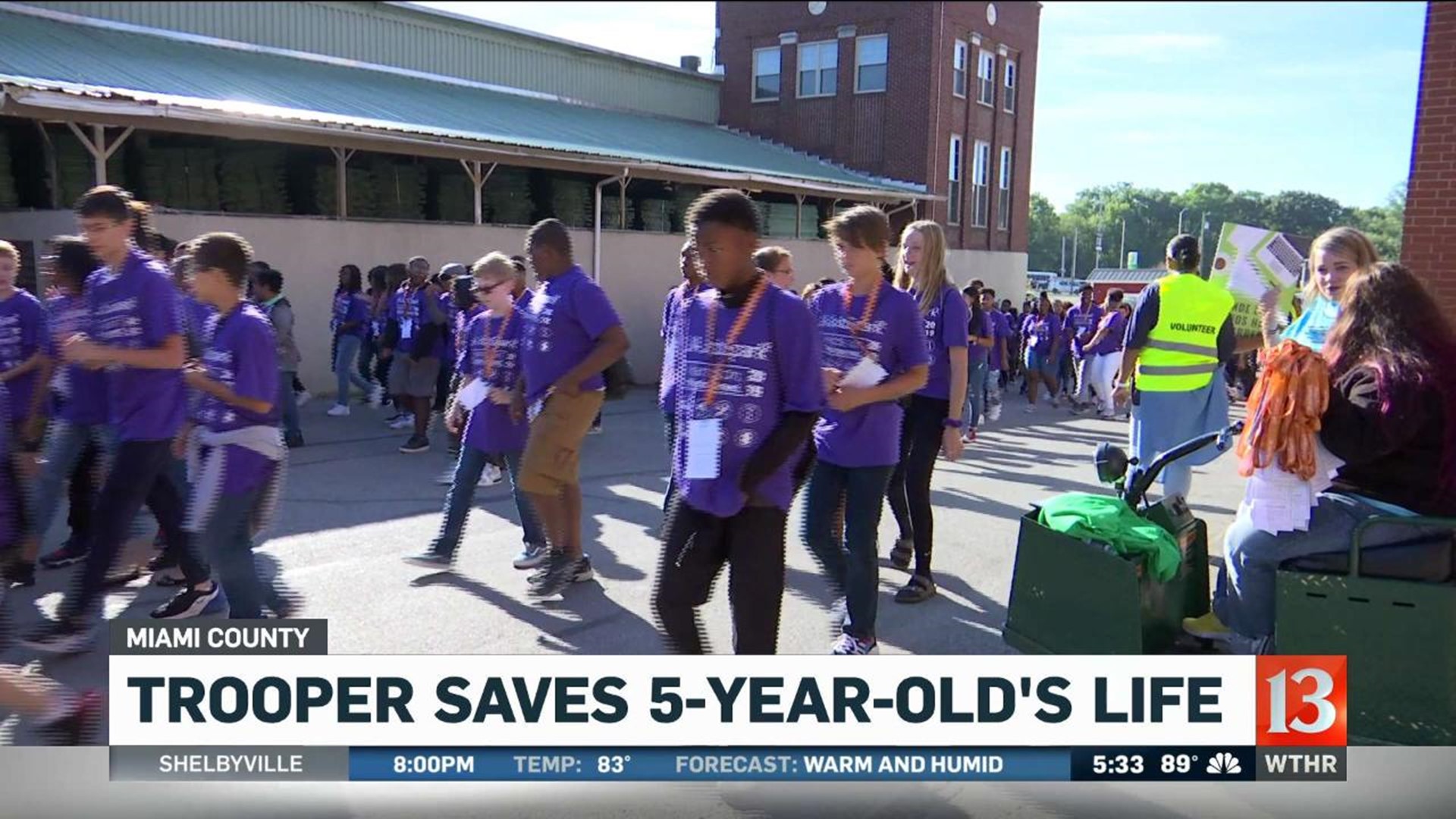 INDIANAPOLIS (WTHR) - Many middle schoolers are exposed to an array of careers by having a guest lecturer come to school.

Belzer eight graders like James Dixon said that can be “pretty boring.” But being able to get hands-on exposure to a spectrum of careers and jobs is something many students say is pretty exciting.

Belzer’s Terae Lee said the JobSpark event at the Indiana State Fairgrounds makes exploring potential career paths “more interesting instead of them just telling you what it is.”

“We know that kids at eighth grade need to see themselves in whatever they’re learning about,” he said.

Kennedy said the JobSpark event allows “students to see themselves in work and know what the next steps are for representation in those fields.”

At 13 or 14 years of age, many kids have no idea what they want to be in their career, but exposure can help give direction.

LaShy Christmas and Terae Lee say they had no idea DJ-ing was a career. Lee said because of JobSpark she is more interested in a career path involving animals.

Eighth graders Maria Flores and James Dixon said they still have no idea what they want to do. But because of JobSpark they realize they are both interested in “health science and life science.”

After returning to school following their field trip, the Belzer students debrief in class. Sparked by passion from the various experiences they had during the trip, class discussion now focuses on the steps they need to take to turn their dreams into a reality.