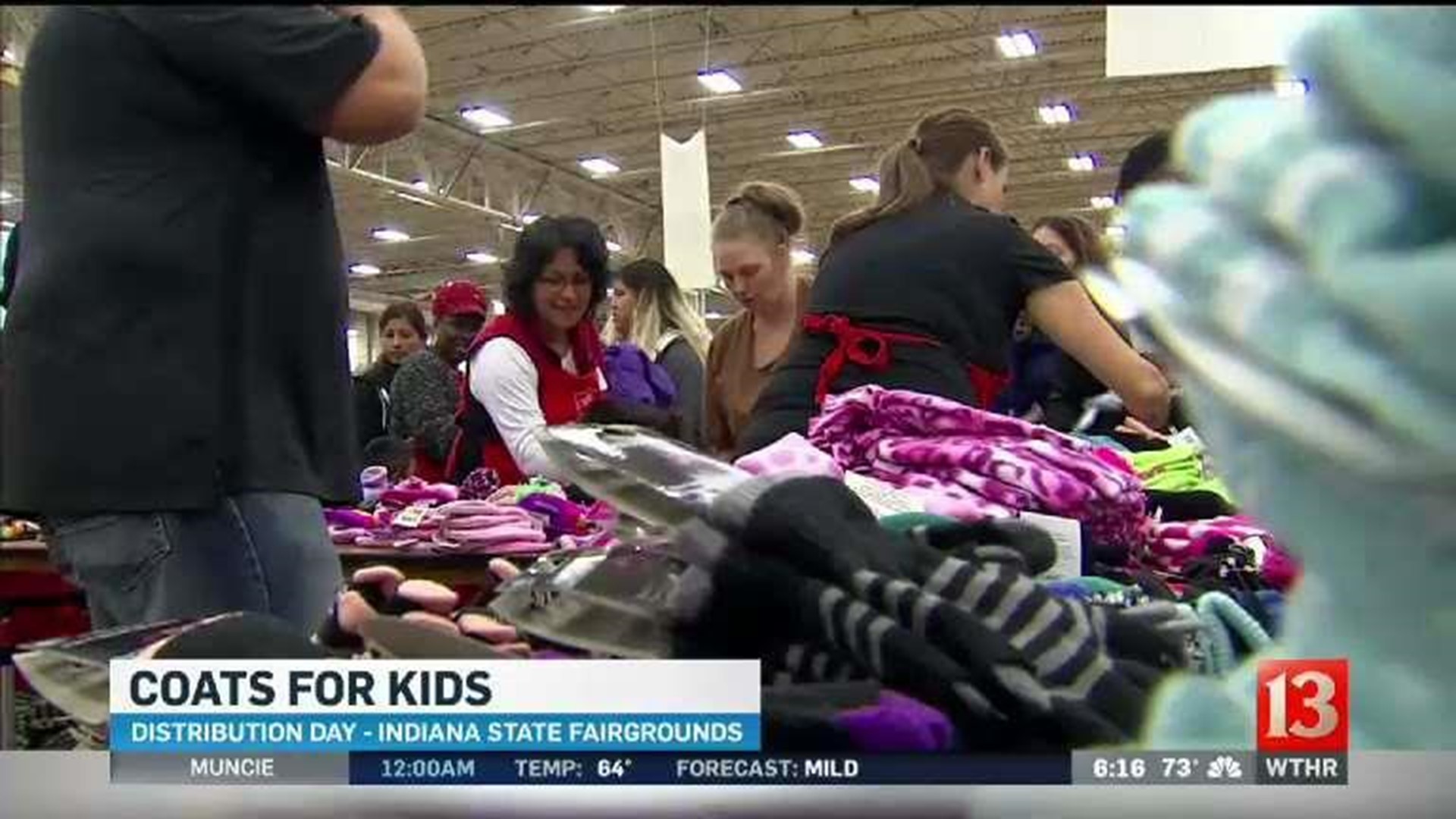 For 30 years, Coats for Kids has been providing free winter coats to children in need in central Indiana. WTHR joined forces with Tuchman Cleaners, the Salvation Army and Old National Bank to collect and pass out new or gently-used children's coats.

Carrie Rivers was shopping for the first time with her daughters, 3-year-old Mya and 1-year-old Aaliyah. Both girls chose purple coats and picked their own hats and gloves, small gifts that meant the world to this family.

"My husband is the only one in the house working, and he works really hard to try to provide for us, and it's just a blessing that we can get coats," Rivers said.

Salvation Army volunteer Caroline Kiser guided the family through the racks of more than 5,000 coats.

"Once, many, many, many years ago, I was a single mother and I can absolutely put myself in their position," Kiser said.

MacAnally has been volunteering since the event was born three decades ago.

"It's somebody's love for somebody that they don't even know, and that's very touching. Every year I think of that," MacAnally said.

A young man named Joshua McGinnis was so grateful for his new coat, he brought a card to say thank you.

"I want to say thank you for the coats, and the hats and the gloves. And for the 30 years of giving," McGinnis said.

COATS FOR KIDS 2016 FACTS AND FIGURES:

You can always make a monetary donation by clicking here. Also, you can text GiveACoat to 41444, and that will bring up a donation form on your mobile device.