If you are over 55 and taking more than five medications, you may benefit from a medication audit. 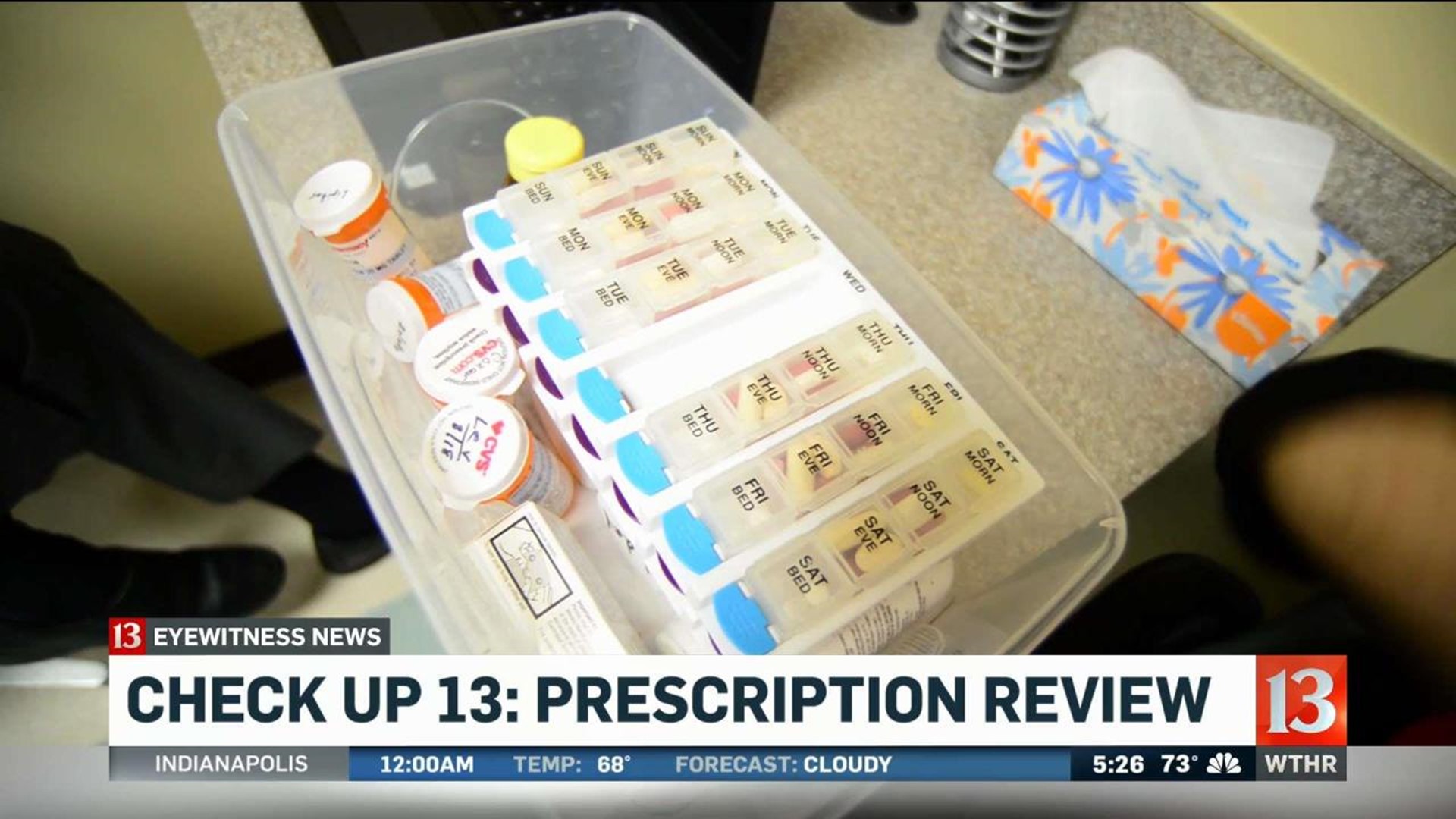 INDIANAPOLIS (WTHR) - If you are over 55 and taking more than five medications, you may benefit from a medication audit.

Healey says it's common for older patients to get less benefit and more burden from medications.

That certainly was the case for 78-year-old Mary Moulton. She went to see Healey because her health was declining.

"I was tired all the time. When I walked, I veered to the right. I was stumbling because I wasn't picking up my feet. I was sort of shuffling along" said Mouton.

Healey asked Mary about her social, psychological and functional goals.

He also urged Moulton to bring in all her medications and supplements.

"Sometimes I think a lot of older people think they are not supposed to feel good and they don't necessarily make the connection between I felt fine before this medicine and now I don't" Healey said. “Disease isn’t the enemy, disability from the disease is the enemy.”

After a review and consult with other member of her care team, Healey cut 5 daily insulin injections, updated a few others and prescribed physical therapy. He says too often, patients believe they need to take the same medications for the rest of their lives.

"When I think of some of the drugs that I used 30 years ago that I wouldn't touch today. Sometimes I see people still on those medicines and no one has done a good drug review" Healey said.

With the tweaks, Mary's medication list of 13 drugs was cut to 5....and within time, "Old Mary" reappeared.

The change is profound, according to Moulton's oldest daughter, Julia Baumgart.

"It’s neat it's like having my mom back. It's been absolutely fantastic the difference of where she was it's like and where she is at right now it is absolutely amazing" Baumgart said.

Not only is Moulton feeling better, she is also saving money.

"My medication cost without my supplement has been cut in half" Moulton said.

In April of 2017, the family was talking about assisted living and believed Moulton had taken her last vacation. But now Moulton is living at home, heading to the Outer Banks this month and looking forward to attending her grandson's graduation from Purdue University in 2021.

"Something is out there that can help...you...because you are in your 70's doesn't mean that you have to just curl up and crawl in a hole" Moulton said.

Medication side effects can include confusion, dry mouth, constipation, diarrhea, sleepiness/drowsiness, increase in falls/unsteadiness as well as feelings of anxiety and/or depression.

If any of these are familiar to you...and you at least 55 years old, an Indiana resident, taking five or more medications, you qualify for a free drug-review with a pharmacist at St Vincent. Secure one of the limited appointments by calling the Check Up 13 Hotline at 1-866-824-3251 before 7 P.M. EST April 13th, 2018. Or register online by midnight April 13th, 2018.