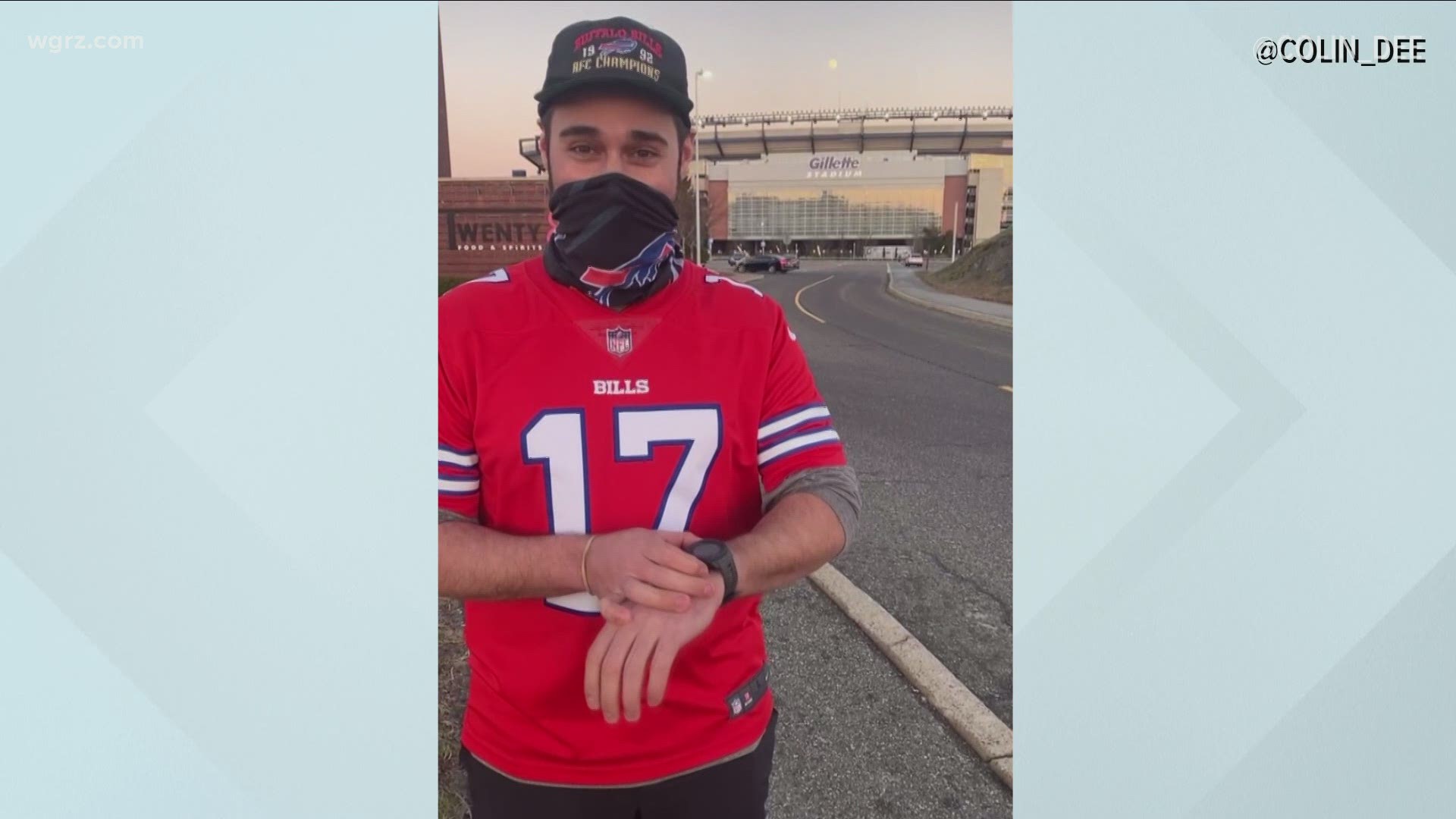 As Bills fans everywhere celebrate another huge win, one fan who lives in Boston is recovering from a major athletic accomplishment of his own.

Colin Dee is from Rochester, and has lived all over the country. When he relocated to Boston last year, he had the Monday Night Football game in late December against the Patriots circled on his calendar.

Dee was bummed when it turned out that fans wouldn't be able to go in person, so he decided to do his own thing instead. On Monday night, he completed a one-man marathon around Gillette Stadium in a Josh Allen jersey.

Colin mapped out his one-mile route, and ran it 26 times around, with his wife and parents cheering him on along the way. This was all while the game was happening, and he documented the journey on his Instagram stories. Colin says he ran to celebrate the joy this season has brought to the fanbase, and raise money for Oishei Children's Hospital.

"All these years, I've been driving up from Charlotte, North Carolina, I've been driving from Cleveland, I'll be traveling now from Boston to all the Bills home games," he told 2 On Your Side before his big run. "The reason I go back is not whether the Bills are winning or losing. The reason is because of the family and the friends that I go, that's there. Everybody says Bills Mafia, hashtag Bills Mafia, that's everything. But Mafia really does mean family."

Colin is an experienced marathon runner, but he only decided to do this in the last week or so, when his friends challenged him over a few beers. Even though he wasn't actively training for it, he finished the run in about 4 hours and 41 minutes.

As of Tuesday morning, Colin's GoFundMe for Oishei Children's Hospital had raised more than $3,100. He's asking people to contribute just four dollars and 41 cents, which is 17 cents for every mile he ran.

You can make a donation by clicking here. 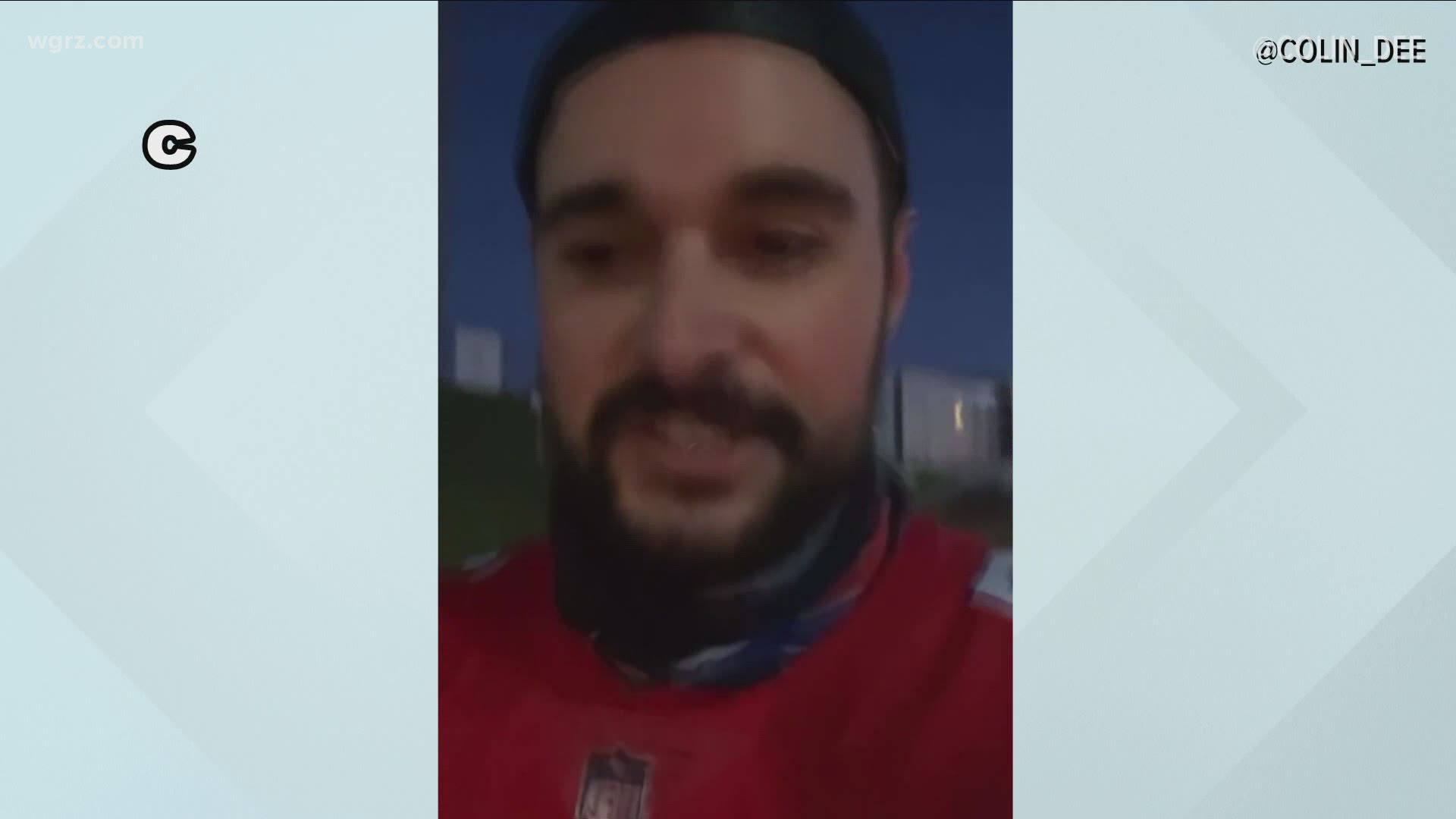