Artist carves tree into symbol of peace in New Albany

“Nothing in my life has felt better than when I’m helping someone else. That’s when I’m at my best,” artist Steven Faulker said. 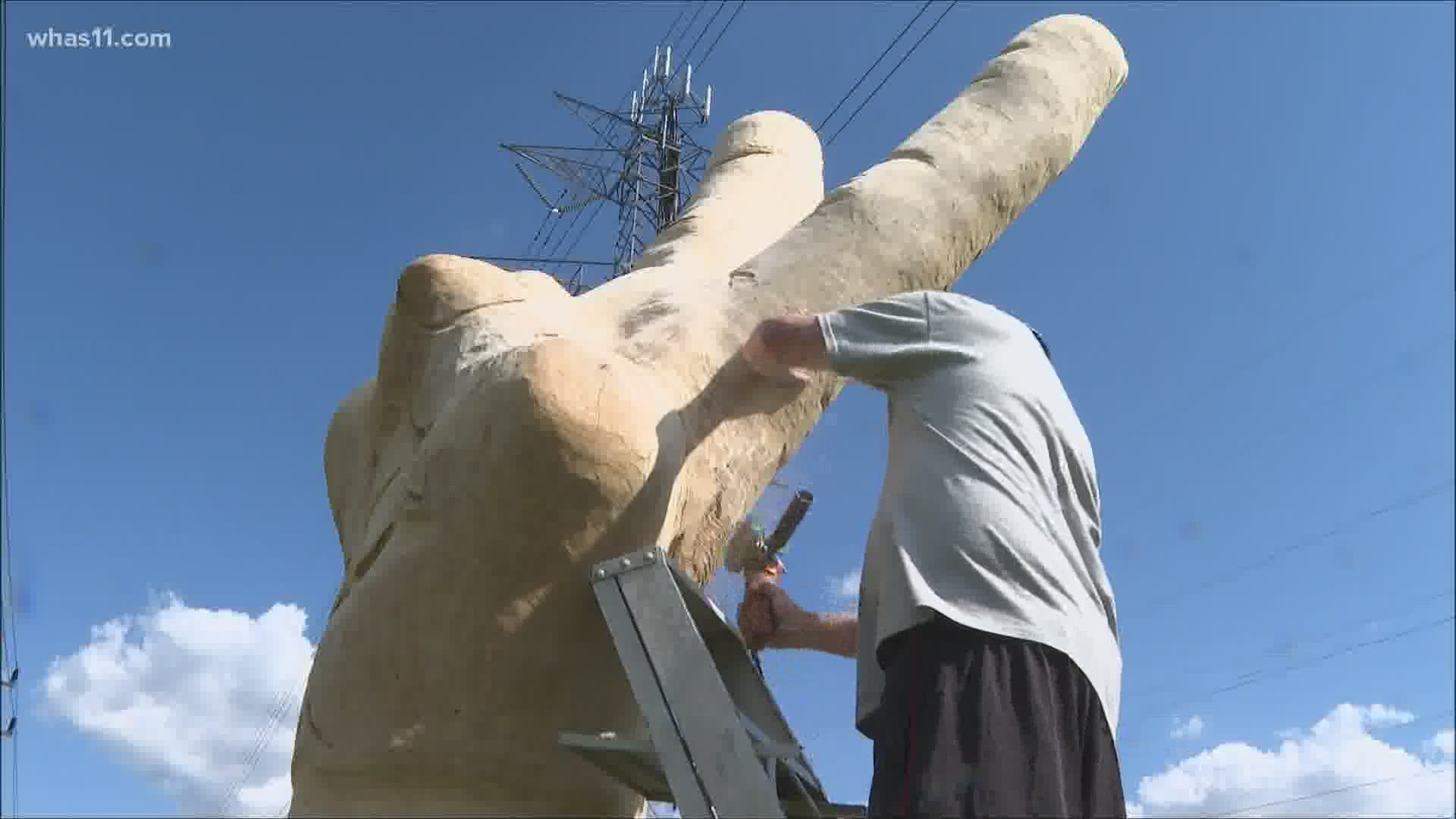 NEW ALBANY, Ind. — When a tree in Debra Reynolds’ yard had to be cut down by LG&E, she knew she wanted to turn what remained of it into a work of art.

Reynolds found artist Steven Faulker on Nextdoor where he advertised some of his work such as painting customizing and repurposing. Though he had never carved a tree before taking on this project, he said he was confident he could do it.

“He had utter confidence and enthusiasm that it was infectious,” Reynolds said.

Faulker went to work with Reynolds’ idea of turning the tree into a hand showing the peace sign. He said he was amazed by the finished project.

“Nothing in my life has felt better than when I’m helping someone else. That’s when I’m at my best,” Faulker said.

The ordinary tree turned into a striking beacon of hope in the neighborhood. Reynolds called it "a statement from destruction” after 15 trees on her property were marked for removal last year.

“I look at it every day with a great hope, really,” Reynolds said. “I’m proud of it. I’m certainly proud of what we’ve done here.”

She received a kind note from someone who passed by her home and expressed appreciation for the care she takes of her yard. In the note, they said Reynolds’ new peace sign tree brings them joy and called it "a real gift to the whole community."

“As long as they just got a smile on their face, then it’s a job done for me,” Faulker said.

Thank you, Steven, for telling us about this story on Nextdoor.

►WHAS11 teamed up with Nextdoor to share positive stories from your community. If you have a story you would like to see on Stories from Nextdoor, reach out to Jessie Cohen on Nextdoor, e-mail jcohen@whas11.com or text 'Nextdoor' to 502-582-7290.

RELATED: Pageants helped this autistic model become the activist she is today