A Seat at the Table

Students on patrol to avoid bullying, work through conflict in Noblesville schools

Students on patrol to avoid bullying, work through conflict in Noblesville schools 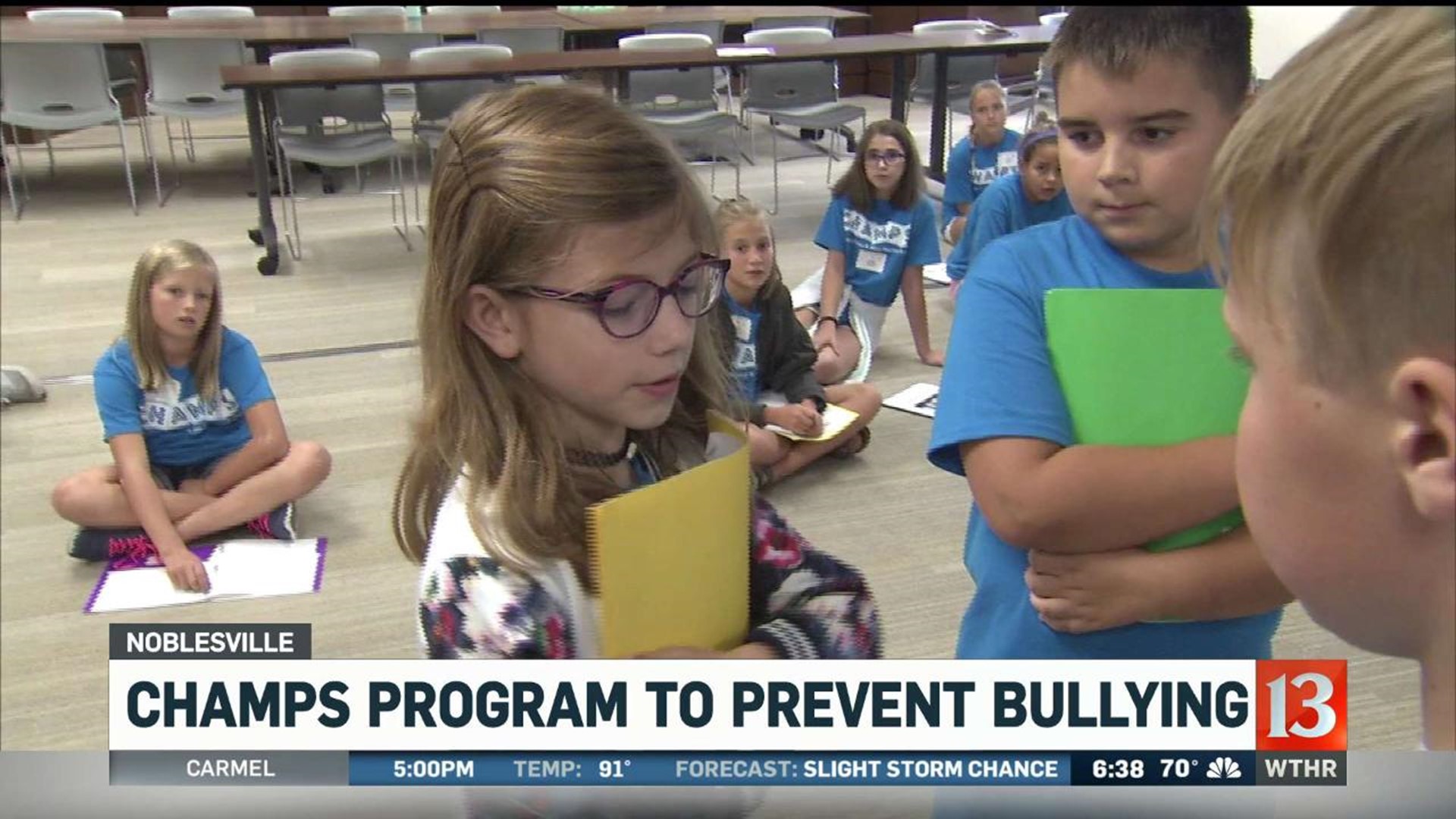 NOBLESVILLE, Ind. (WTHR) — As schools across the country work to prevent bullying and teach conflict resolution, Noblesville Schools are putting students on patrol to actually look for those issues and help fellow classmates work through them.

It's called CHAMPS or "CHildren Achieving a More Peaceful School" and involves fifth grade students. Nearly a dozen students from each of the seven elementary schools are nominated to take part.

The program teaches lessons on talking about feelings and how to resolve conflict before it could blow up into a bigger issue.

"It's a listen-and-talk, which is what a lot of people don't do when they have a conflict," said Noble Crossing Elementary school counselor Terri Park. "They are so busy blaming each other that they're not listening and telling each other how they feel, and that inspires our kids to teach other kids to do that."

Students are taught a four-step process to work through issues together before getting a teacher involved:

When students spot a conflict, they introduce themselves and ask for permission to help because some issues could be too sensitive.

Students learn to paraphrase the problem and talk it through without taking sides.

"A lot of conflicts we'll have involves gossip and if we can get it at the beginning if one person has something that they're mad at somebody else and if they could sit down and tell each other how they feel and why. The "I feel" statements are so important," Park said.

The program has been in place for more than 20 years in the district. Leaders say past students have talked about learning leadership skills and self-confidence.

Fifth grade student Blake Weimer from Hazel Dell Elementary School says he hopes to "be a better person and treat people right" by taking part in the program.

"Some people think that problem solving isn't that important when you are a kid, but you kind of need to know it because you'll need it for the rest of your life," said Kate Mumaw, a fifth grader at North Elementary School. "It's not like we're going to fix the world using this program, but we're step by step be making it better and better."