'A Seat at the Table' confronts bullying in central Indiana schools

There is no easy solution to stop bullying, but a lot of schools are making real progress. 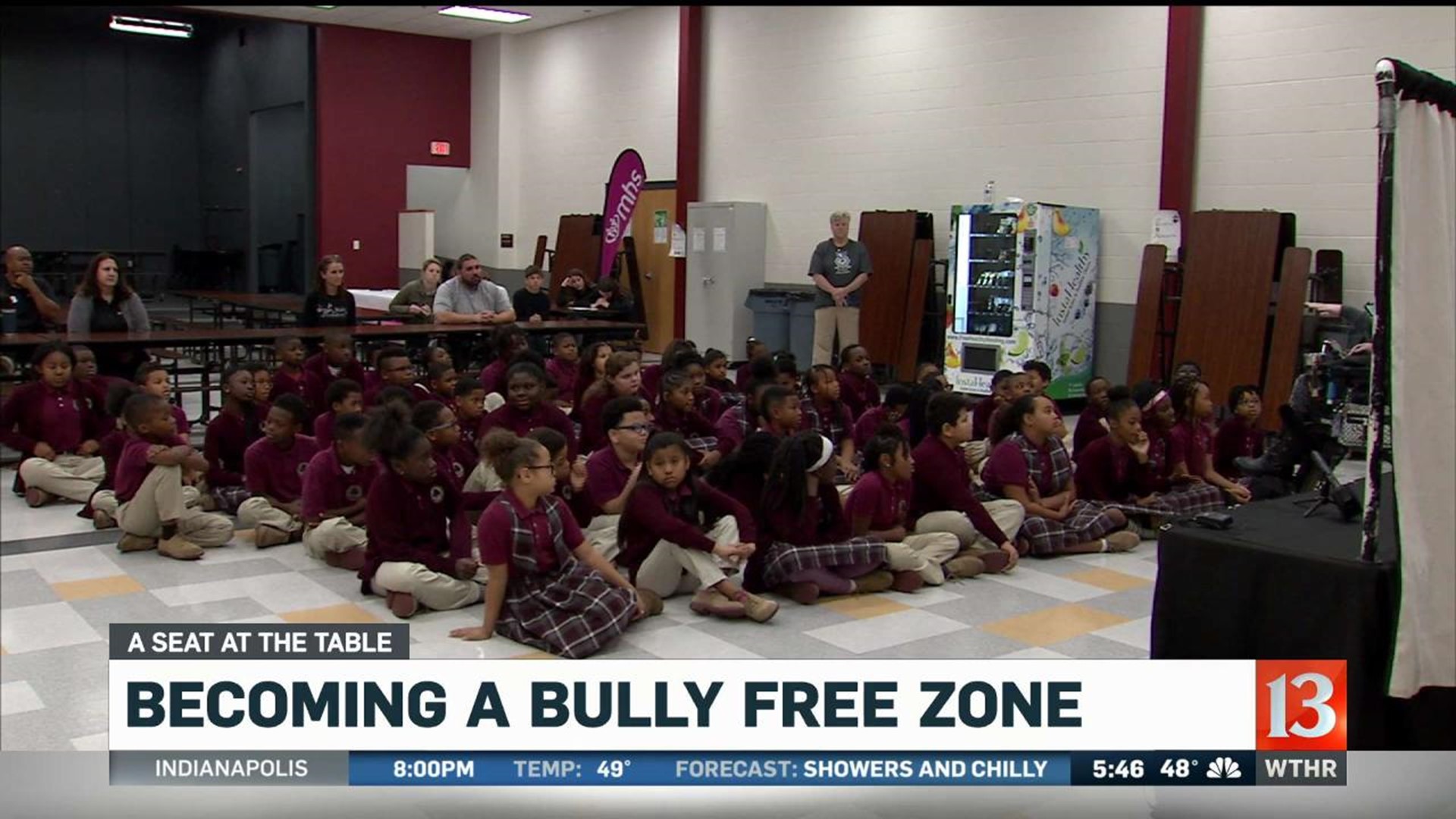 INDIANAPOLIS (WTHR) – It's not an easy topic to talk about, but bullying happens to kids at every age, in every grade and in every school.

There is no easy solution to stop bullying, but a lot of schools are making real progress.

WTHR has partnered with Managed Health Services to create “A Seat at the Table” to offer an open, honest conversation about inclusion and making sure no one eats alone. MHS adopts schools throughout the year and teaches students how to create a “no bullying zone” at their schools.

This month, they visited Tindley Genesis Academy in Indianapolis.

The kids who took part in the conversation know bullying is not okay.

“I don't think it should happen,” said 5th grader Cordae Johnson. “Just because somebody is not the same as you, doesn't mean they should be treated differently.”

Looking at the numbers

Here in Indiana, The Indiana Youth Institute found in the 2016-2017 school year, 20.8 percent of Hoosier students ages 6 to 17 admitted to being bullied. That’s nearly one percent higher than the national average.

And while not every child will experience being the target of a bully, 5th grader Sasha Lawrence knows what it’s like to be picked on.

“I have actually been bullied before, from 2nd through 4th grade,” Sasha said.

Sasha eventually went to her mother about the issue and says together, they went to the school principal who helped put an end to the bullying.

One of the things Sasha says helped her through was support from her friends.

“I had other students help me with my bullying. My friends stood up for me,” Sasha said.

In turn, Sasha later helped another student who was being bullied and the two ended up becoming friends.

Studies show 57 percent of the time, when a student steps in for another student who’s being bullied, it stops.

Another key message to the students came through a special puppet show. It encouraged them to tell a trusted adult when they or someone they know is being bullied. The puppets helped remind the students you’re not ratting someone out if you report bullying. You are reporting it because you are trying to keep yourself or someone else safe.

She shared her personal story of being bullied and how she overcame the pain to become successful.

During the presentation, she asked the students to raise their hands if they’d been bullied. A handful of students timidly raised their hands.

Harman then asked another question – “have you ever been a bully?” A few students hesitantly raised their hands.

Harman quickly told the students that each one of them should have their hands up.

“I’ve done it, I’m guilty,” Harman told the students. “Everybody is guilty of doing something they probably shouldn’t. Or, saying something they probably shouldn’t about a classmate or somebody else. I’m not saying that you’re a bad person because everybody’s done it. Everybody talks. Everybody says stuff that they don’t mean or maybe they wish they could take back, right? But, if we can become that other person, that person that stands up to the bully, that person that says stop, stop saying those things, stop making those rumors, stop picking on that person, most of the time those bullying incidents stop.”

Harman ended with a challenge to the students, to go forward and make a positive difference in the lives of those around them.