A Seat at the Table

The idea behind the bench is to promote friendship and prevent isolation at recess. 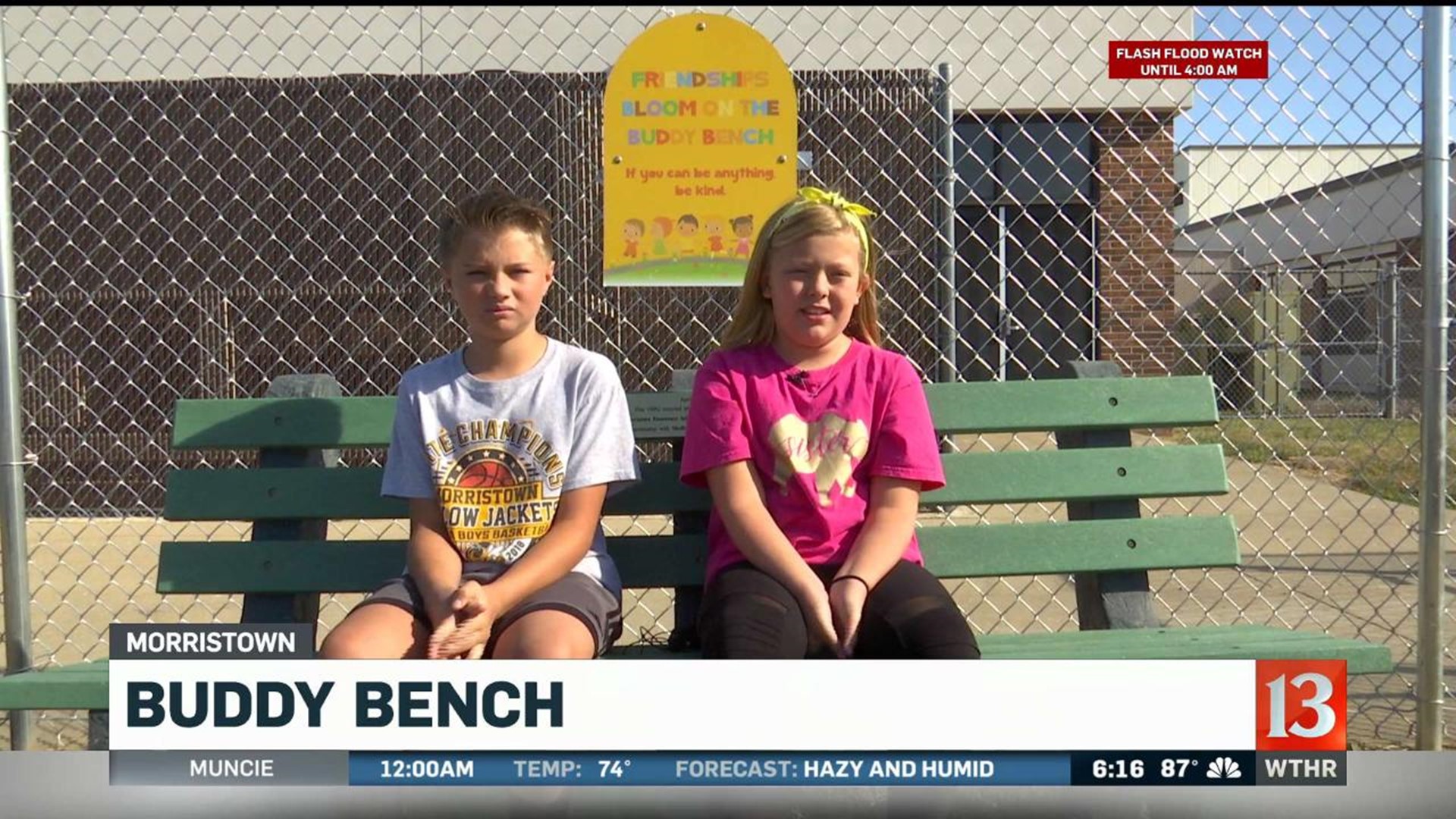 MORRISTOWN, Ind. (WTHR) – A green park bench on the playground at Morristown Elementary School serves a special purpose. The “buddy bench” is the brainchild of fifth-grade cousins Ryan Crisman and Marley Ayers.

The idea behind the bench is to promote friendship and prevent isolation at recess. If a child sits down on the buddy bench alone, other students are encouraged to join them and offer companionship.

"Not everybody knows how people feel just by the way they look or react,” said Ayers. “We won't know until they sit on this bench. That's when we know that they do need someone to play with."

"If we see someone sit down on it, we give it a couple of minutes to see if someone will go and play with them,” said Crisman. “But if they don't, we just go up to them and ask them to play with us."

Crisman and Ayers were inspired by an incident last school year when they were fourth graders. They saw a student alone and crying on the playground because someone refused to play with them.

"There was one kid who was crying one day, and I felt bad for him,” said Ayers. “We were playing with him. At the end of recess, I was talking to him about we need to find something so that everyone has someone to play with."

The two fifth graders came up with the idea for the buddy bench and took it to school principal John Corn. He liked the idea and helped the students make it become a reality. The buddy bench was installed earlier this month.

"This is great,” said Corn. “This is promoting kindness and being a friend to everyone, which is certainly what we need more of in this world."

Ayers says being bullied in her past makes her more sensitive to isolated children.

"It put me down a lot,” said Ayers. “I just didn't want that to happen to other people."

A sign above the bench reads “Friendships bloom on the buddy bench” and “If you can be anything, be kind."

"'Friendships bloom on the buddy bench' pretty much means, like, if they're not your friend at the time, they'll end up being your friend after you end up playing with them for a while,” said Crisman.

Crisman and Ayers hope other students hearing about the buddy bench will work to bring one to their schools.