Jesse Silva is ready to push forward toward recovery after he and his family learned about an optic nerve tumor. 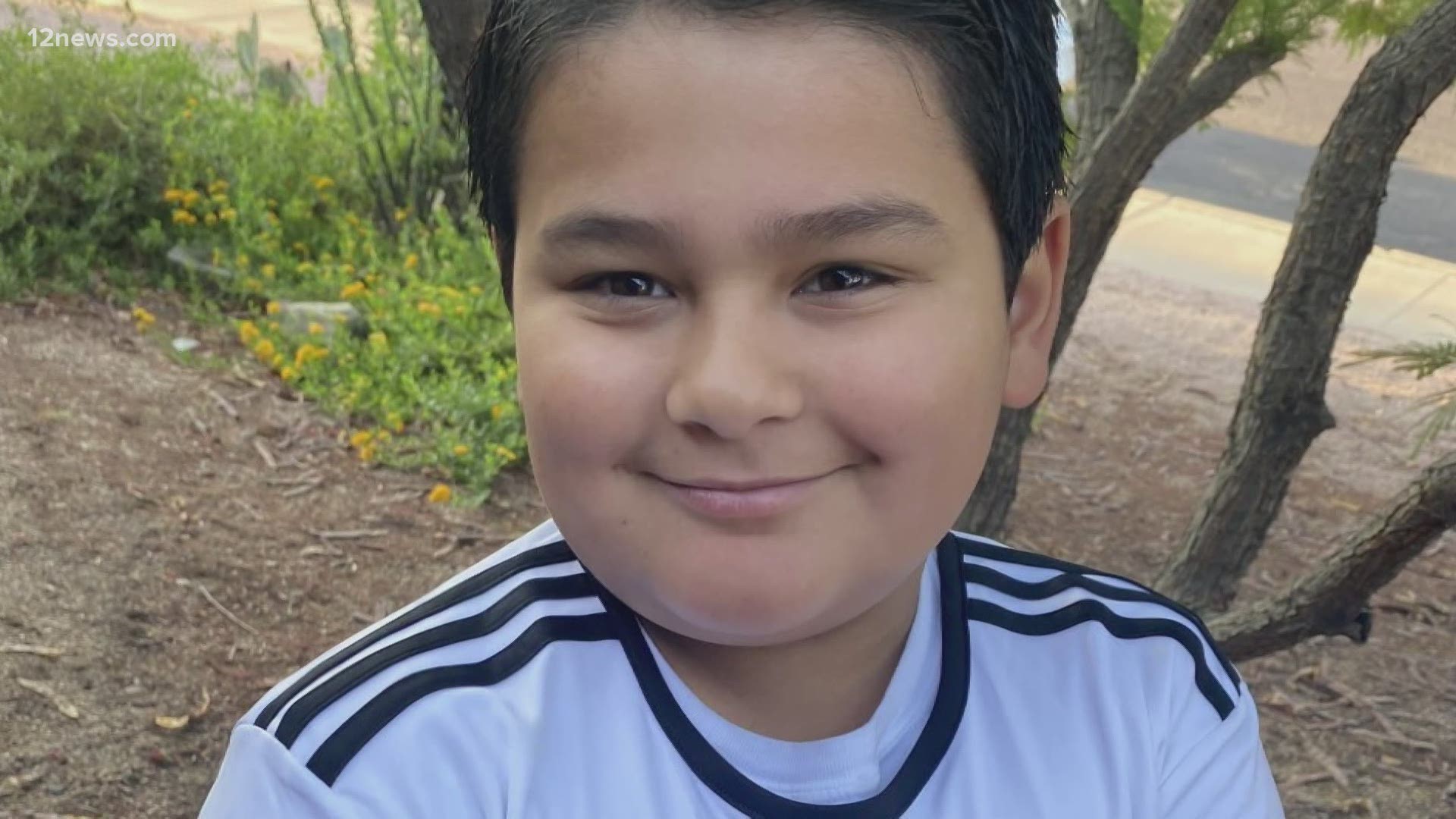 PHOENIX — It all started with an eye exam.

“I cry a lot at night, so my son doesn’t see me. And I try to keep a strong face for everybody that’s around me,” Alexis Mumphrey said. “But it is very hard when you think about everything he’ll be going through and how risky everything is.”

Jesse Silva, 9, and his parents learned that he had a tumor on his optic nerve during an eye appointment.

“Our world kind of changed like about a month ago, when we found out Jesse had this tumor,” Alexis said. "For a couple years he had headaches off and on. We just kind of associated them with migraines because his dad has migraines.”

The ophthalmologist noticed that Jesse's right eye was pale in photos and that the optic nerve didn't look quite right. Jesse told the doctor that he did get headaches that sometimes got painful, but the family had never been concerned.

A CT scan and MRI confirmed the worst, Jesse has a tumor growing in his optic nerve pathway. His doctors began a treatment plan that includes risky surgery.

“March 19, 6 a.m. Best case scenario would be that they can just kind of stop the growth of it," Alexis said. "For Jesse, we really just want everyone to give us their positive vibes and thoughts and send their prayers our way."

While his parents found the news heartbreaking and scary, Jesse has looked at it as an obstacle to overcome.

“I didn’t really think anything of it,” he said.

Alexis said that his attitude has been to go forth and get over cancer, a mentality that has been a source of inspiration for her.

“It’s going to be rough, but we’re trying to stay strong and the love of our family and our community really has helped us a lot get to this point,” Alexis said.

With mounting medical bills, chemo, ongoing MRIs and hearing aids for hearing loss as a consequence of the tumor, Jesse's family is thankful for all the support they can get.

The family has set up a GoFundMe and has already been overwhelmed by the kindness of the community.

To donate, visit the webpage.