'I thought I was going to die!' | Car thief runs over St. Louis dad multiple times

Eric Chancellor said the thief kept reversing his SUV, running him over about seven or eight times. 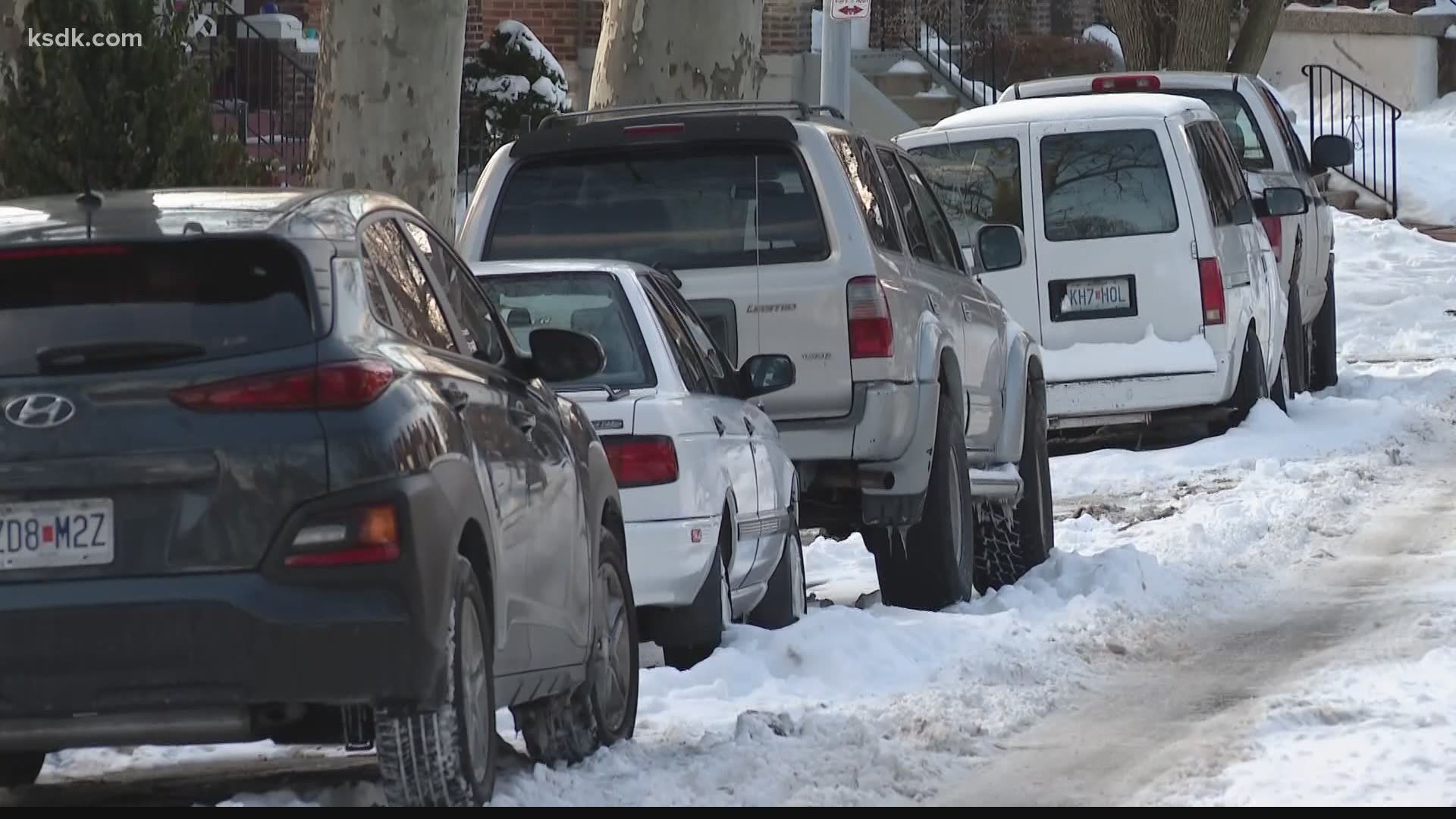 ST. LOUIS — This past Thursday morning, Eric Chancellor was warming up his SUV outside his sister's home in south St. Louis. But when Chancellor dashed inside to grab his wallet, he couldn't believe what happened next.

"She just saw a guy at the last minute hopping inside my vehicle," recalled Chancellor.

His sister told police the stranger was quickly trying to get away.

He tried to stop the thief.

"I reached for the front, passenger side door and tried to open the door. He took off then and I was still holding on," Chancellor said.

Chancellor, 35, said his shirt sleeve got stuck on the passenger side door of his gold 2011 Pontiac Torrent, which he bought just two weeks ago.

"Everything happened so fast. I wasn't scared until I slid in front of the car. He bumped me with the car, and I saw the car coming toward me. He dragged me and then ran me over."

Chancellor said the thief repeatedly reversed his SUV and ran him over multiple times. The terrified, trapped dad could only think about his 4- and 9-year-old children.

"He ran me over about seven or eight times. He's revving and I'm seeing tires spin and he's about to run over my face. That was the scariest part. At that point, I thought I was going to die," said Chancellor. "All I could think about was, 'I got to make it for my kids. I got to be there for them,' so I'm just thinking about survival."

The warehouse worker believe a guardian angel stepped in when he blacked out.

"I was stuck. Something pulled me forward and got me from under there. Yes, I'll say it was my angel," he said.

The strong survivor suffered broken ribs and is now struggling to walk as a result of the nightmare.

"My cartilage in my chest is broken, my arm is broken and both of my shoulders are dislocated. I'm only lying on my back and I cannot sit up. It's very painful right now, " said Chancellor.

"It is hard to see him like that, but at the same time, it's still a moment of gratefulness because he's still here," said Malinda Rowsey, a family friend.

Meantime, Chancellor holds on to one prayer.

"I just hope police catch him. I don't think anybody should have to go through anything like that for something they work hard for. They should just get him off the streets," Chancellor said.

Police are still looking for Chancellor's SUV and the thief.

A Facebook fundraiser is set up to help pay for Chancellor's medical bills.