The games are being held at the convention center. 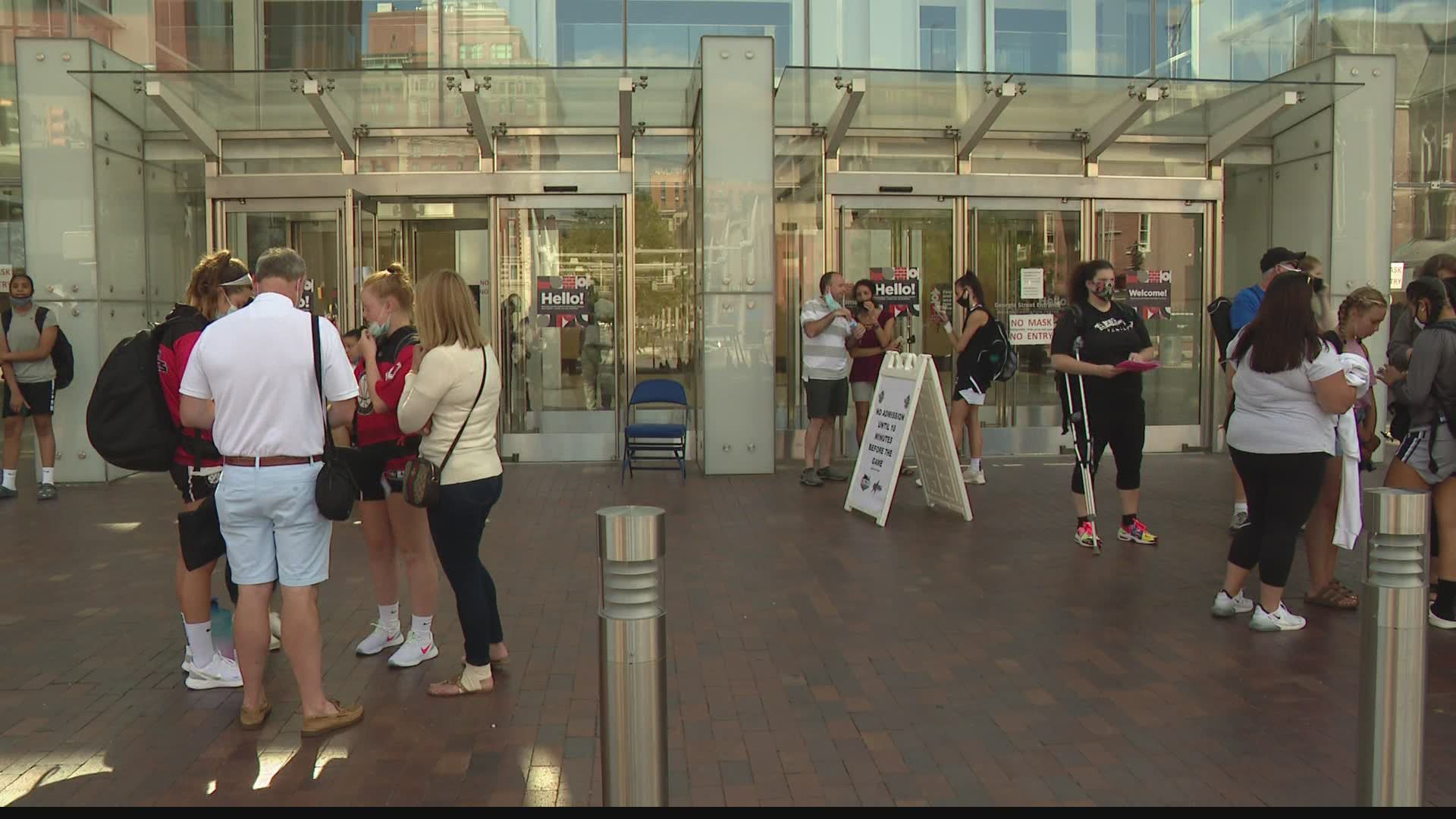 INDIANAPOLIS — It’s Friday night in downtown Indianapolis, and businesses welcome the sight of people heading in and out of the convention center after months of the city’s streets looking like a ghost town.

“We’re here for the weekend. We got here last night and we’ll be here through this Sunday,” said David Keyes, who brought his family here from Michigan.

Keyes is here for the USJN Windy City and Indy Classic, a weekend-long basketball tournament for junior high and high school-aged girls.

The games are all being held at the convention center.

The tournament is the second of three to be held in the spot where 250 conventions were supposed to take place before the COVID-19 pandemic.

Many were already wearing masks outside, just one day after the city announced it was going back to stricter regulations, including the closure of bars and nightclubs, because of a steady increase in coronavirus cases.

Restaurants have scaled back to 50 percent of seating capacity indoors and have a midnight closing time.

RELATED: Indy hopes for a bounce in conventions, events from basketball tournament

“I was a little disappointed when I looked online to see what was open and what wasn’t, just because we’ve never been here,” said Vince Guerrero from Wisconsin. His daughter Vivian is here to play in the tournament. They’ll have to wait for another time to see more of the Circle City.

A statewide marketing campaign announced earlier this month aimed to send that same message, highlighting the city’s restaurants and attractions and hoping to bring visitors downtown for a “staycation.” Some ads are still running, but Visit Indy said 40 percent of the 10-week, $1 million campaign has been paused for now.

Still, Visit Indy believes the ads have been working, bringing in $400 million in revenue in just the past few weeks, a sign they think means people still want to visit Indianapolis when they can. David Keyes says he is now and will come back in the future.

“It’s usually a great weekend and I’m sure it’s going to be this weekend as well,” he said.