Police said the crash happened Thursday morning in the 9600 block of 8th Street. 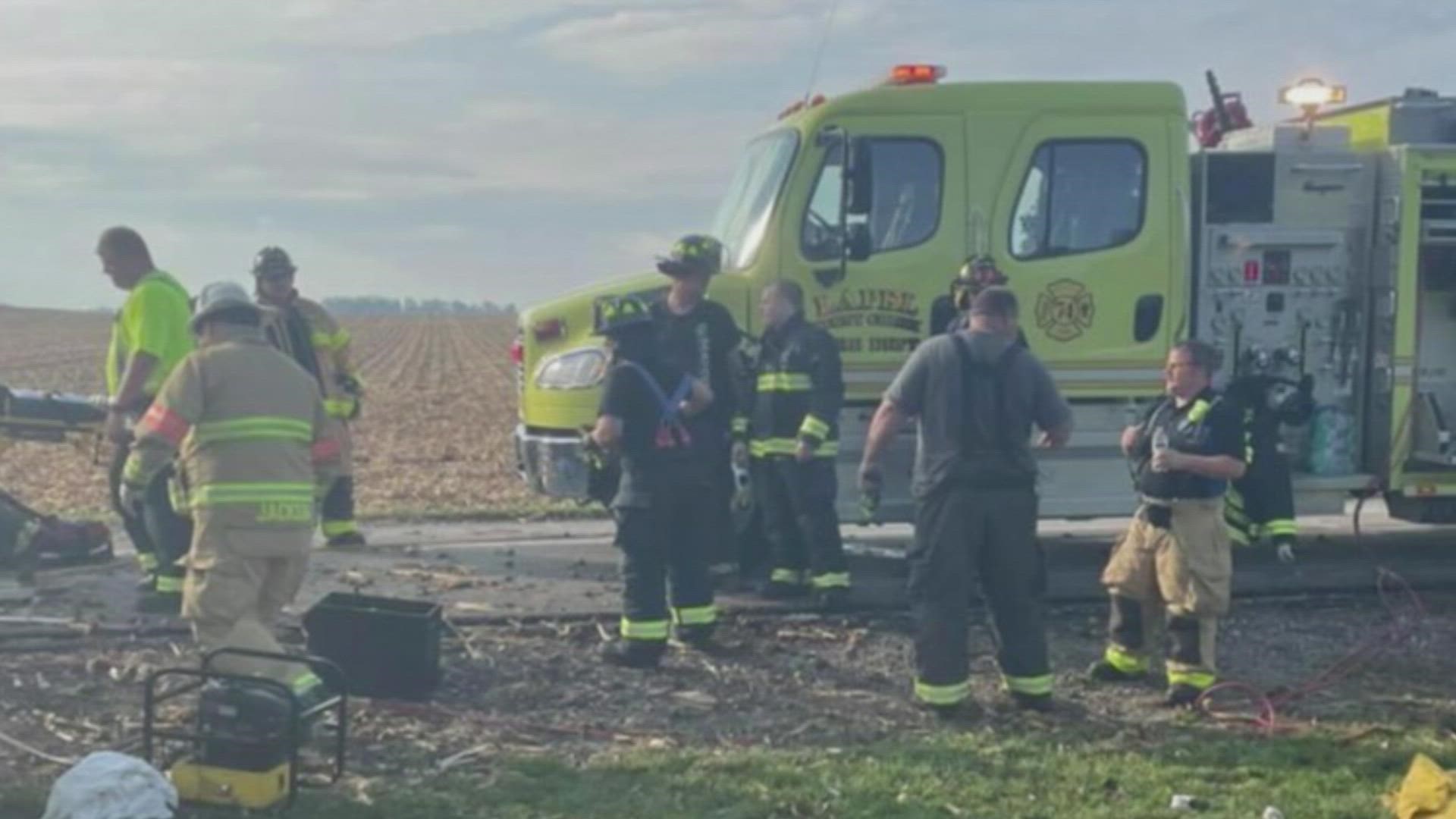 The Madison County Sheriff’s Department said the crash happened in the 9600 block of West 8th Street.

Two people died at the scene and two others were taken by air ambulance to Methodist hospital.

Police said a four-door vehicle was traveling westbound when it appeared to have lost control and hit a tree.

The two people killed have been identified as 19-year-old Brandon Davison of Anderson and 19-year-old Jordan Hopkins of Franklin.