If you are leaving the country around Christmas and your passport expires soon, start the renewal process now. 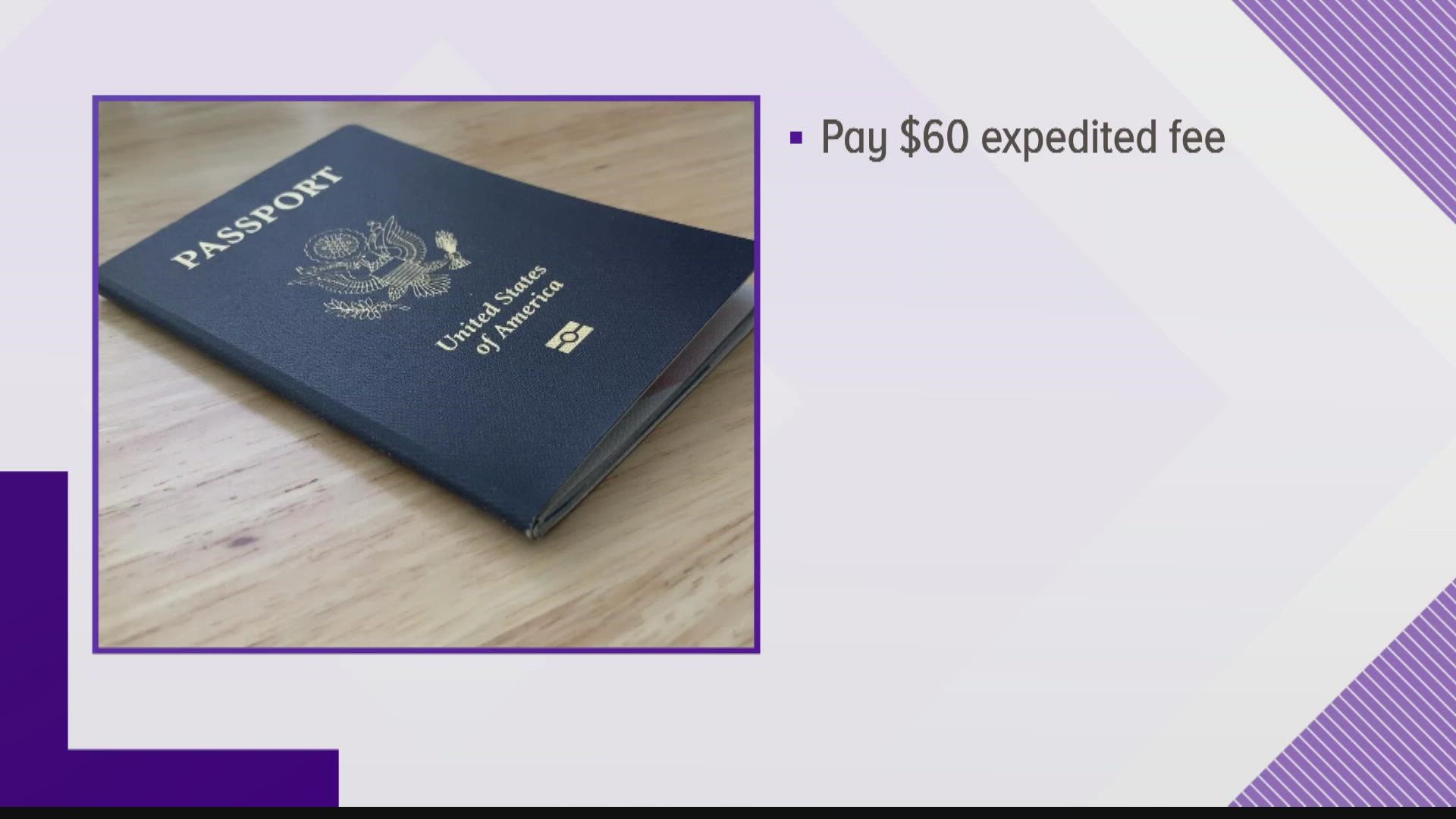 INDIANAPOLIS — If you plan to travel outside of the country, double check your passport's expiration date because wait times are long.

Like the rest of the country, the government is playing catch-up.

If you are leaving the country around Christmas and your passport expires soon, start the renewal process now.

Passports for people age 16 and older expire after ten years. For children under the age 16, it is five years.

But I need it sooner

If you are behind, try contacting your local representatives. Willis Orlando with Scott's Cheap Flights said it's worth a try.

"We have heard from some of our members who have reached out to local officials, elected officials who have helped them out and extended things. It's not a sure bet, but you know, if you're on Twitter, start tweeting at people and sometimes you get a good response," Willis said.

If you're really, really behind, consider moving your trip, because some airlines are still allowing free changes.

The government also offers an expedited service for an extra $60. That estimated wait time is three months.

As for third parties who offer to speed up the process, the government said don't buy into it. Everyone is waiting in the same line.

Some agencies offer emergency appointments for customers who need to travel in the next 72 hours. Orlando said if your reasons include death, injury or an illness, the government may make an exception.