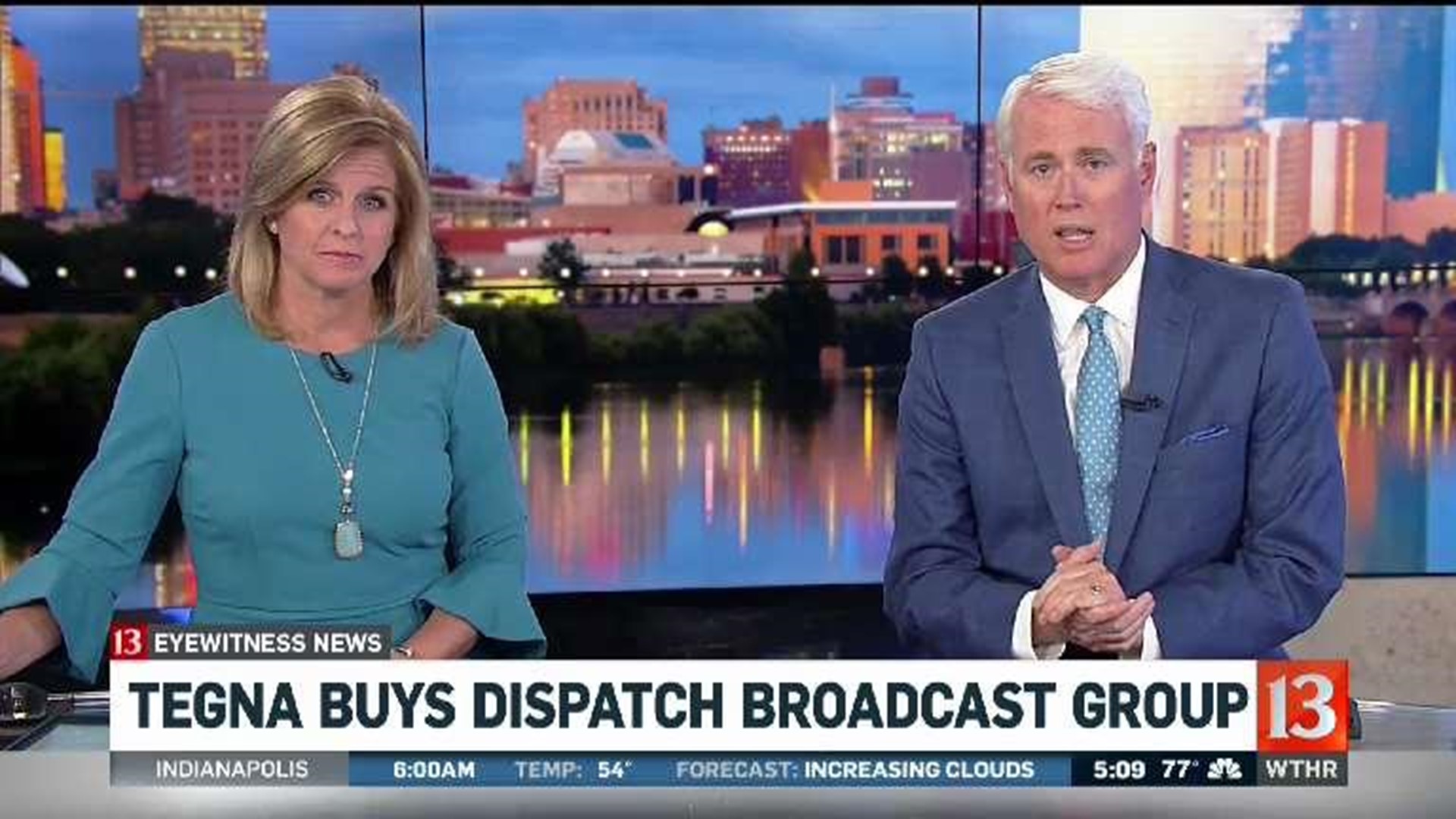 INDIANAPOLIS (WTHR) — The owner of WTHR, the Dispatch Broadcast Group, has announced the sale of its television and radio properties to TEGNA Inc. of Tysons, Va.

Included in the sale, in which TEGNA will acquire all of the outstanding capital stock of each of the companies, are:

The sale is subject to the approval of the Federal Communications Commission.

Michael J. Fiorile, chairman and CEO of The Dispatch Printing Company and Dispatch Broadcast Group, said, "After decades of proud service to the Columbus and Indianapolis communities, the Wolfe family determined this is the right time for a transition. The family is grateful to have enjoyed strong community support for these stations over so many years and looks forward to continuing their support of these communities."