Thanks for the memories: Ike and Jonesy's closing after final NYE celebration

Ike & Jonesy's had one last hurrah on New Year's Eve. 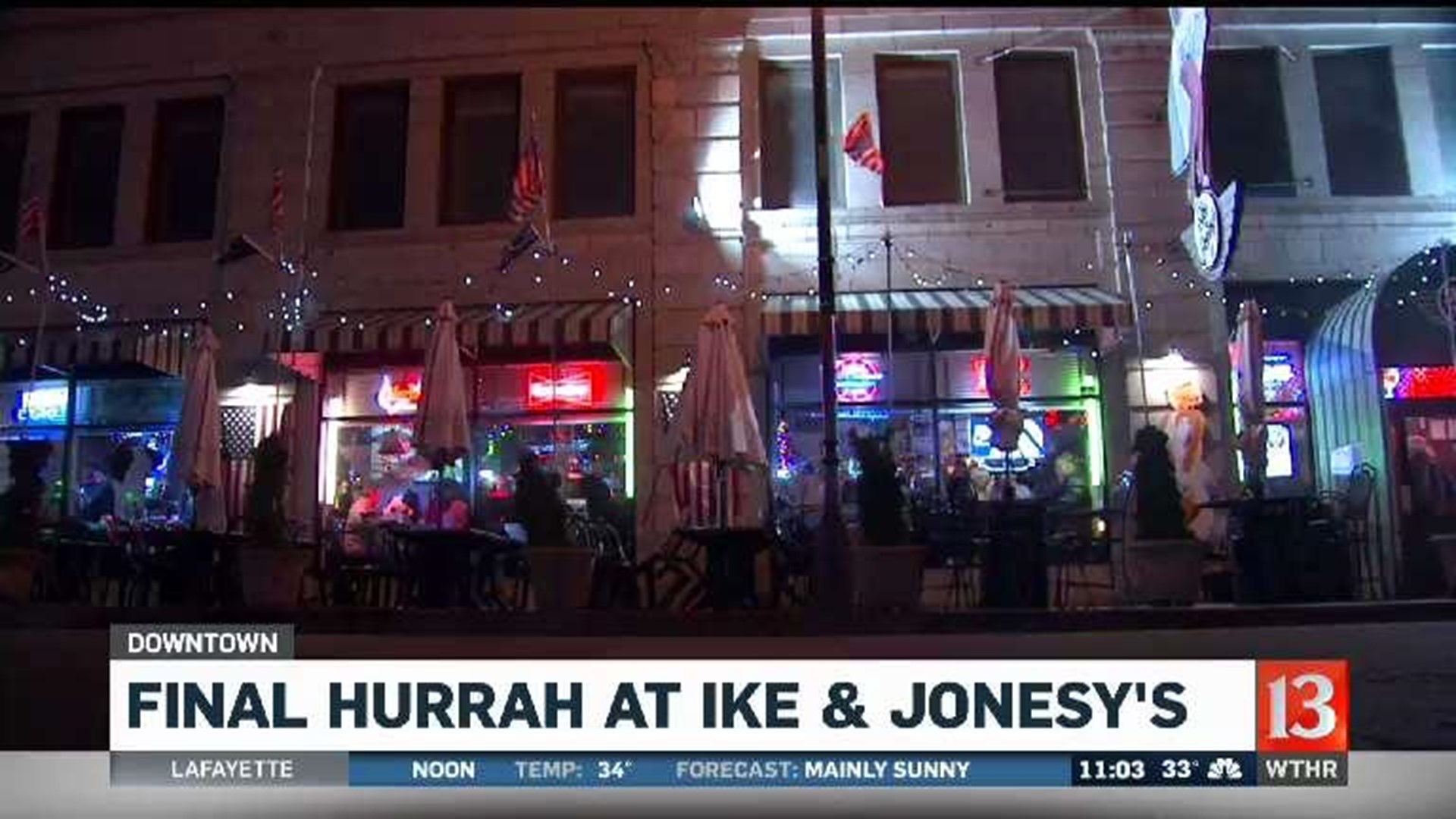 INDIANAPOLIS (WTHR) — After tonight, the doors at Ike and Jonesy's are closing for good.

The bar has been a part of nights on the town in Indianapolis since 1983.

"We've been coming here for 35 years since it opened," added another patron, Marcia Lockwood.

Patrons offered one last toast Tuesday night at the last hurrah for their favorite watering hole.

The owners announced earlier this month the bar was closing and that New Year's Eve would be the final party, saying in a Facebook post "All good things must come to an end and it's our time to leave."

"They tell me don't close. There's no place like this and it's time. It's time for it," said owner Eric Eichholtz.

"We built a bond with a lot of people and it's hard to do that," said bartender Aida Parks, tearing up at the thought of saying goodbye.

"So many people, so many friends," said former DJ, Carmen Brooks.

"There's going to be a lot of displaced 40 and 50 year olds. Where we gonna go?" she asked, laughing.

"I came here with my two buddies 17 years ago and ended up meeting the woman of my dreams," Mike Carpenter said, pointing to his wife. She sat across from him in one of the booths.

"It was bike night on Thursday night, quarter beer night. Neither one of us drank beer but we were here for a reason to meet each other," said wife Cathy.

So here's to the next decade and the three before that, filled with memories made at this Indianapolis staple that these folks won't ever forget.

And come Friday morning, fans of the bar will get a chance to take a piece of it home. An company will auction items starting at 10 a.m.