The Exchange now joins the list of local and unique stores, restaurants, and bars on Mass Ave. 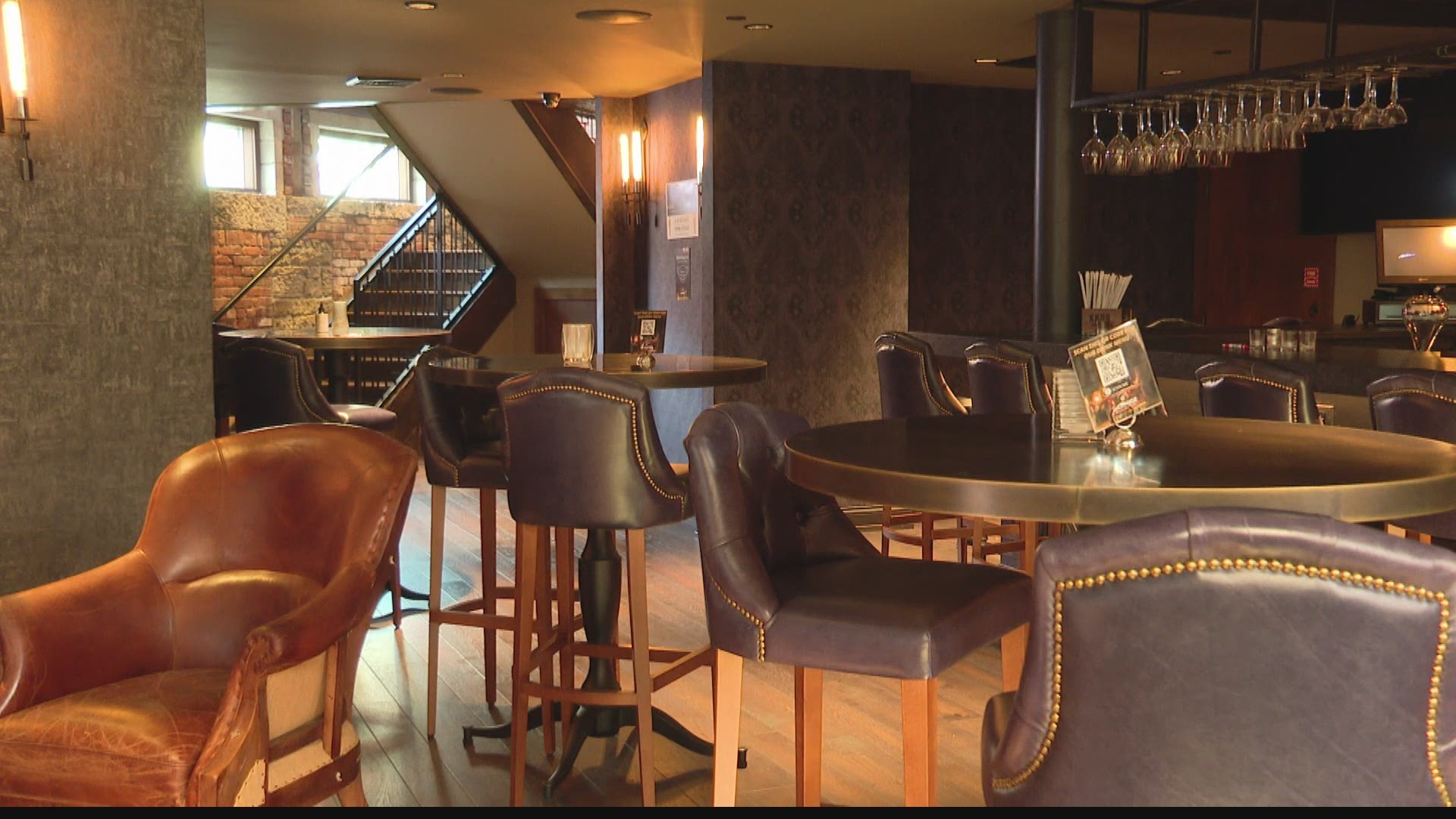 INDIANAPOLIS — In a time when many businesses are closing due to the pandemic, a new one is celebrating its first few weeks in business, despite a number of obstacles.

Massachusetts Avenue -- or Mass Ave, as its casually known -- boasts a number of local and unique stores, restaurants, and bars.

“It’s a throwback to that speakeasy and prohibition era," said co-creator Kristy Rans.

It boasts some 200 different bourbons and whiskeys, including everything from an espresso sipper “Monday Morning” to a cocktail which is smoked on the spot called the “Madam Rosmerta”.

While the speakeasy feel comes alive at night, in the daylight you'll get impressive views, thanks to its prime corner location at the beginning of Mass Ave. at New York Street.

It's a new chapter for a 146-year-old building.

"This is the Hammond Block Building. Most interestingly in 1886 it was the Whitson Saloon for a bit. It’s been a laundry over the years. It’s been a doctor’s office. It’s actually been a liquor store in the past and it was actually a fishing supply store at one time," Rans said.

Most recently it housed a law firm, with those offices now on the upper levels.

The Exchange is on the lower two and is modeled after a similar project in South Bend inside a bank. It's the vision of Indiana's "Prime Hospitality Group" which jumped at the chance to redevelop the Indianapolis building.

"We were originally slated to open in very early April. Construction was done in February on this space so it’s been in the works for quite some time so we did wait as long as we could through the pandemic," Rans said.

It opened on Oct. 7, despite obstacles, including limits on the number of people inside and having to close at midnight.

"We had staff already hired that wanted to get back to work in this concept, so as soon as the regulations allowed us to open at 50% capacity we went ahead and did," Rans explained.

They employ about a dozen people and can seat about three dozen during the half-capacity COVID-19 mandate from the state.