A family in Italy is now trusting these two Greenwood residents with bringing their olive oil to the United States to sell it online. 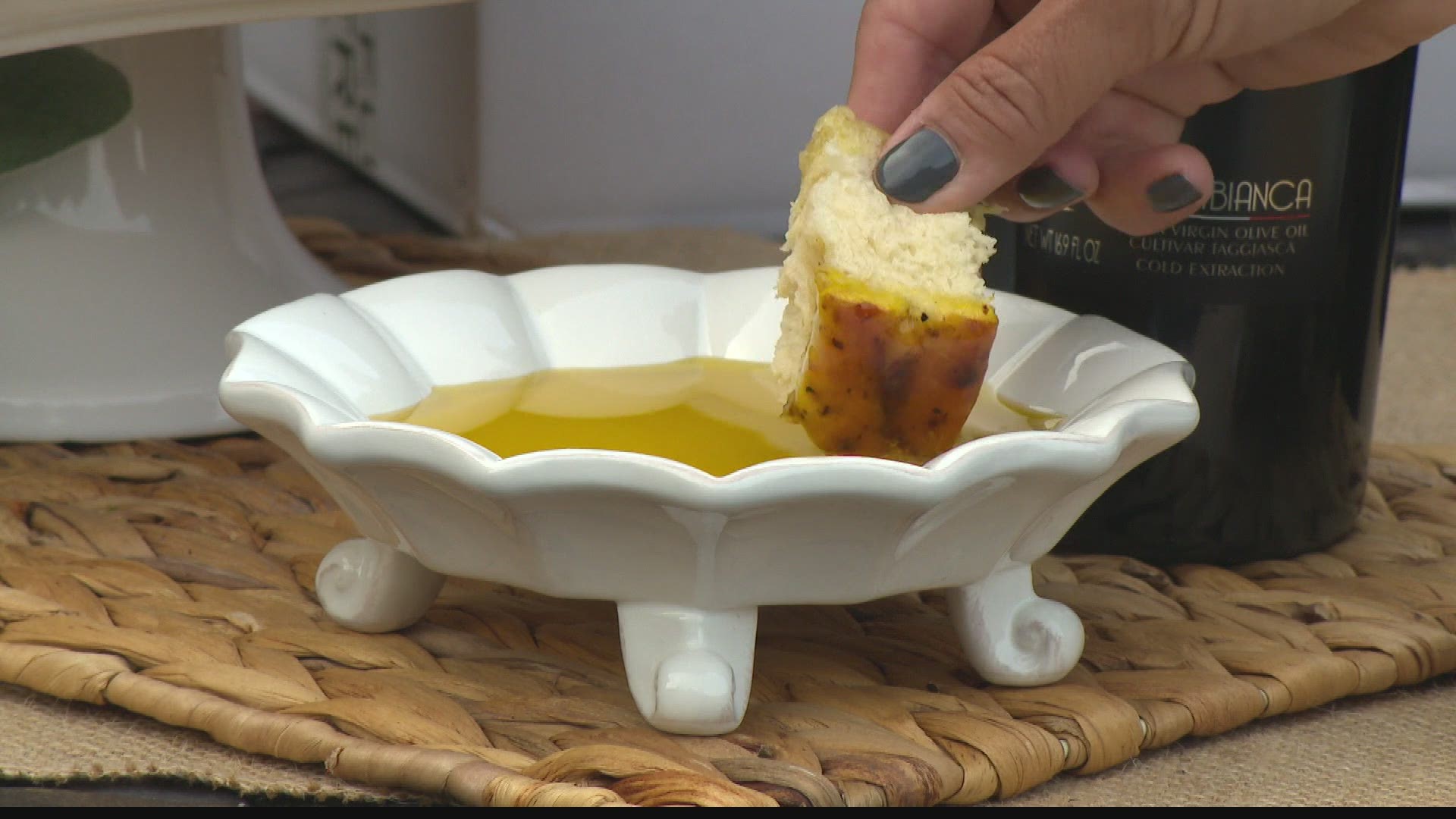 GREENWOOD, Ind. — When you think of locations to purchase authentic Italian olive oil, one south side family hopes that Greenwood, Indiana comes to mind.

“They kind of picked us to help them launch, and a business was born,” Nadia said. “It’s crazy!”

In May 2019, Nadia and Wade visited Italy to meet up with their 23-year-old daughter Lauren, who was a Roncalli grad traveling abroad. Lauren had become an au pair for the Fresia family in Imperia, Italy.

When Nadia and Wade visited with Lauren, they immediately hit it off with the Fresia family.

“We were at their kitchen table in their house,” Wade recalled. “We ordered pizza, and their pizza [in Italy] is much different than ours here in the United States, it's very thin crust. And they pour just a little [olive oil] on top, and it just really enhances the flavor. We were hooked.”

They all became friends on Facebook, continued to keep in contact when Nadia and Wade returned to Indiana and finally decided to go into business together -- the olive oil business.

“The Fresia family are fifth generation, so they've had a little more practice than we've had, but they're teaching us a lot,” Nadia said. “I think at the time, they were just excited to share their olive oil, but then when we came home, they became Facebook friends with us, and they called us and said, ‘You guys know a lot of people, and you're pretty social. Would you like to help us sell this olive oil because we've always wanted to launch to the United States.’”

“They have over 6,000 customers in Europe,” Wade said. “They had already done all of the FDA testing, all of that was established. They just needed someone to help them bring it into the states and expose this market to it. Their olive grove in Italy is 37 acres and has over 5,000 olive trees. They can produce a lot of olives, and we're prepared to ship as much of that here in the United States as we can have orders for.”

The Fresia family has been making olive oil for 102 years, and they are now trusting these two Greenwood residents with bringing their family's olive oil to the United States to sell it online.

“Fortunately, the internet has allowed us to start the business,” Wade said. “It's not our long-term desire to only be e-commerce. We'd like to have a brick and mortar shop someday here in Greenwood.”

The only problem: timing.

The Cunningham family and the Fresia family kicked off the business partnership in March 2020, just as a global pandemic was turning everything upside down.

“[The pandemic] definitely slowed us down a bit [in March],” Nadia said.

How about sales now?

“Absolutely crazy,” Nadia said. “It's hard to keep up with orders, and whoever orders reorders. We've had chefs' order.”

“We’ve shipped to California, Arizona, New Jersey,” Wade said. “A majority of our sales have been here locally, but we are selling all over the United States.”

Right now, the Cunninghams claim they are selling 100 bottles of olive oil a week, but they have loftier weekly sales goals.