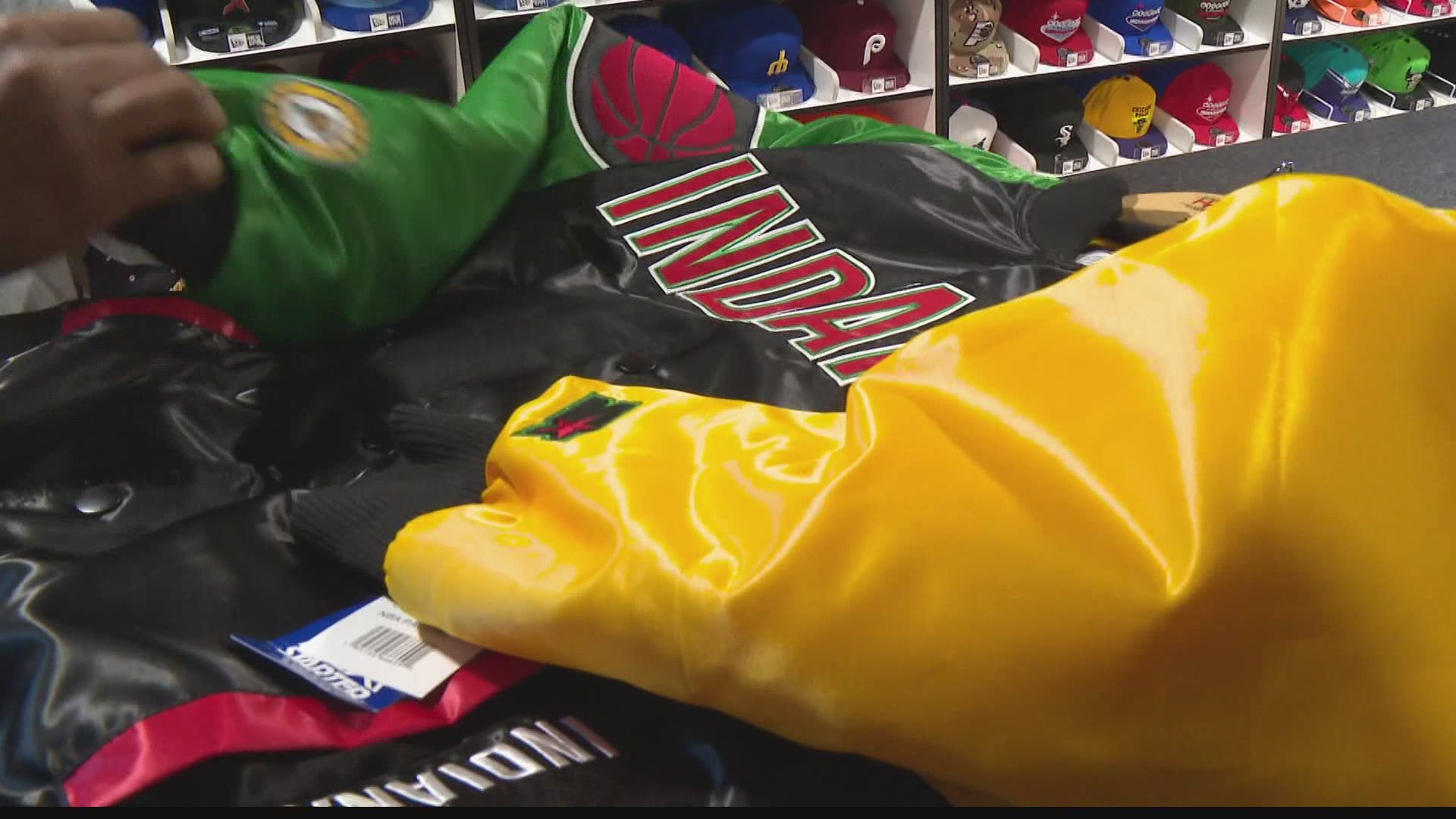 INDIANAPOLIS — A clothing designer's dream is coming true as he mixed the NBA with some old-school fashion and Black history.

Hangtime Indy is a family-owned clothing store with two locations in Indianapolis. The store struggled through the pandemic and managed to keep its location at West 56th Street and Georgetown Road open. Right now, the store is taking orders for the Black History Month Pacers Starter jackets. Their first two shipments sold like hotcakes.

Originally, clothier Ty Mopkins designed the Starter jacket just for the Detroit Pistons. But when the players and celebrities started wearing the jackets to basketball games, orders from other teams like the Pacers came in.

"I have been blessed with this partnership that I have with Starter to do collaborations that support my local teams and people from all over the world want it," Mopkins said.

Mopkins believes allowing the smaller retail shops like Hangtime Indy to carry popular merchandise helps the community and neighborhoods. Especially those mom-and-pop shops which struggled all through 2020 because of the pandemic.

Mike Gillis is part of the Hangtime Indy marketing team for both the northwest side location and the store at East 38th and North Meridian streets. They are encouraging customers interested in the Black History Month NBA Starter jackets to order ahead, instead of waiting on the inventory to hit the floor.

"We just got our reorder put in and they will be here soon," said Gillis. "Right now, people can go to HangtimeIndy.com and they can go ahead and pre-order the jacket."

Mopkins specifically wanted local businesses like Hangtime Indy and a similar store in his hometown of Detroit to sell the jackets as part of his community investment campaign. There are superstars and athletes wearing his design and that's why Mopkins also encourages young people to never give up on their dreams for success.