Some of city's best known bars in no hurry to reopen

While many businesses have welcomed back patrons, some of the city's best known bars and music clubs have remained closed. 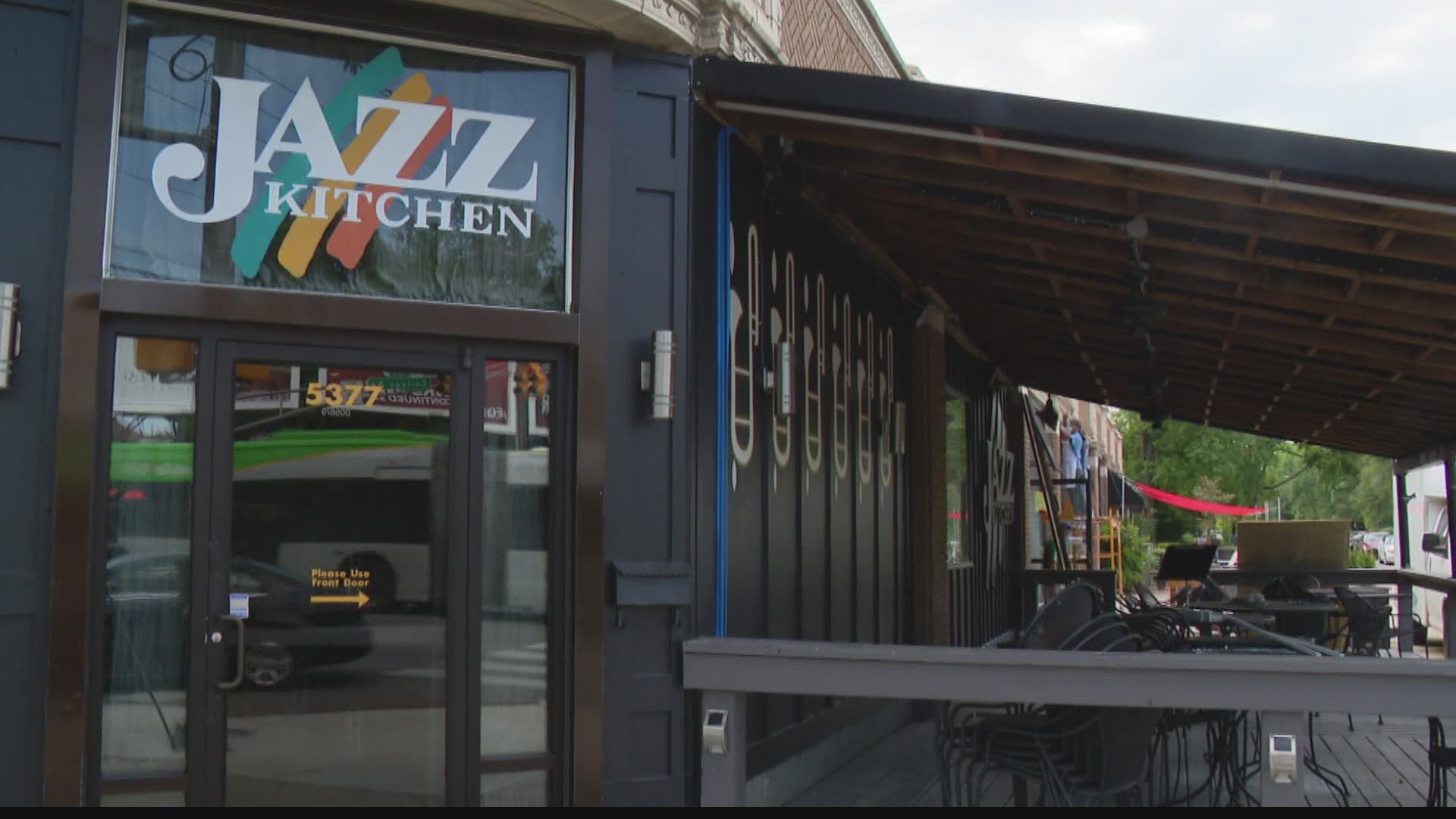 INDIANAPOLIS — Marion County bars and nightclubs got the "go-ahead" to reopen at 50 percent capacity June 19, more than a month ago.

While many have welcomed back patrons since then, some of the city's best known bars and music clubs have yet to re-open.

They include the Jazz Kitchen at 54th Street and College Avenue, which usually hosts more than 300 live performances a year.

Owner David Allee said since closing March 16 because of the pandemic, "we've been kind of re-tooling, reassessing what we do and how we do it."

Allee said initially he planned to reopen August 1, but with the number of new COVID cases on the rise, "we have concerns not only about our customers but our staff who are in here every day."

"I guess we're just waiting it out," Allee said. "We feel like it's a little smarter and safer to do that, but we are certainly anxious to get back to some great music and doing what we do."

The Chatterbox Jazz Club on Mass Ave has also been silent since mid-March. David Andrichik, who's owned the bar for 38 years, said he too is on hold.

Given the size of his place and bars restricted to operating at 50 percent capacity, Andrichik said he'd have room for just 25 to 30 people, including musicians and bartenders.

Andrichik said another concern is making sure patrons adhere to social distancing and other safety precautions.

"There's a lot of policing to do when you're serving adults who by nature are not always going to," he said. Andrichik noted that the music will return he's just not sure when.

The Slippery Noodle, the city's oldest bar (around since 1850) plans to re-open for lunch, dinner and live music August 6 but with changes.

Owner Hal Yeagy said the bands will perform outside in the bar's large, adjacent parking lot.

"Just talking to people they all wanted to be outside where there was more of a breeze and not in a confined space," Yeagy said.

Yeagy said one of the questions he's been asked is "will we have dancing?"

"No, we will not have dancing," Yeagy said. "You'll have to be seated (at a table) and be waited on."

He also said patrons will have to follow the rules on social distancing and masks.

"We're not taking it lightly by any means," Yeagy said, noting that he's both in the high-risk age bracket and immune-compromised.

Yeagy said he's excited to reopen but also aware that the Slippery Noodle and other bars and music venues could be shut down again depending on the course of the pandemic.