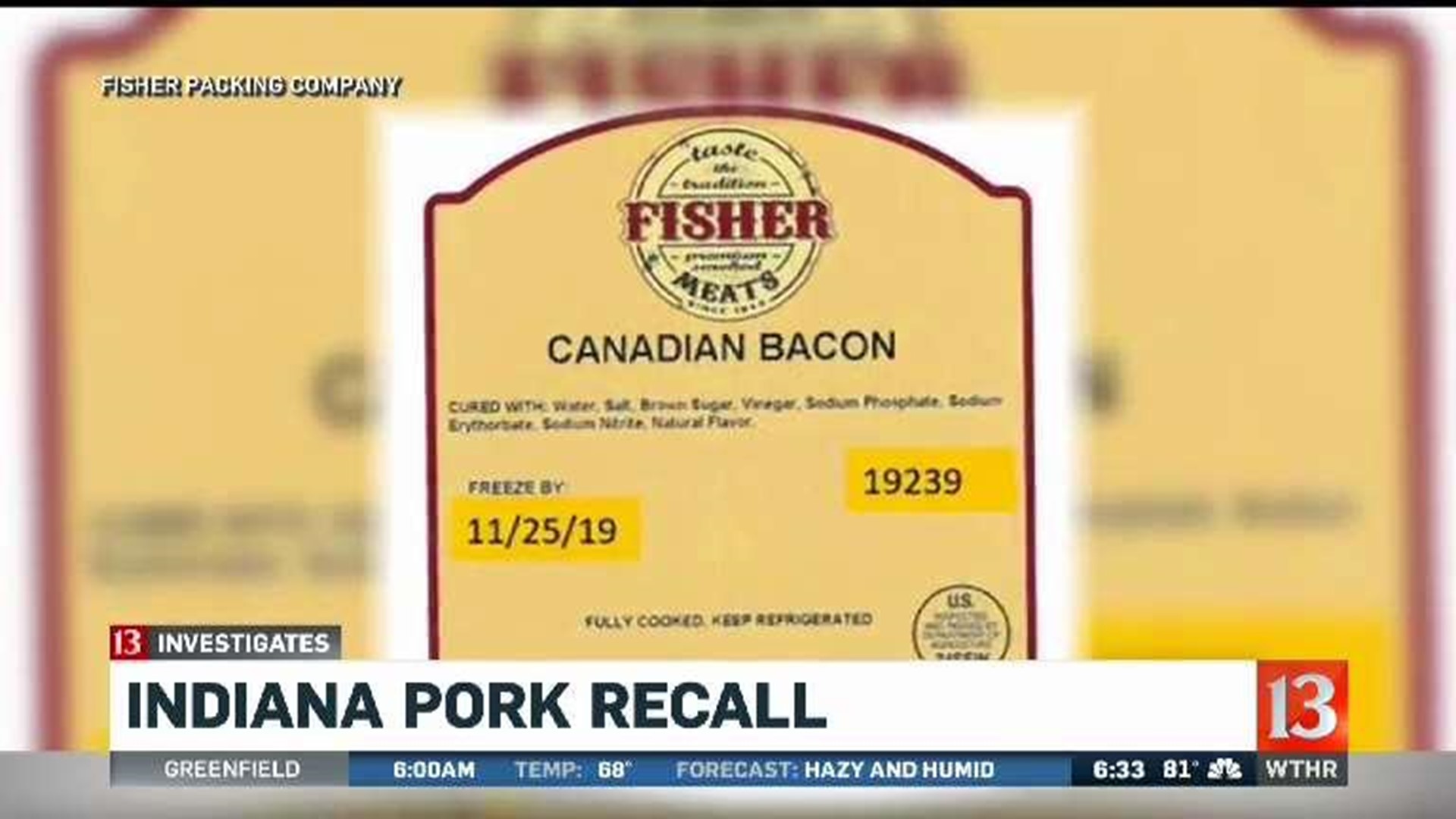 INDIANAPOLIS (AP) — Federal officials say an Indiana company is recalling 744 pounds of ready-to-eat pork products which may be contaminated with Listeria monocytogenes.

The U.S. Department of Agriculture's Food Safety and Inspection Service announced late Saturday that the products by Fisher Packing Company in Redkey were shipped statewide. They were packaged in late August.

The products include smoked ham, smoked ham shanks and Canadian bacon. They have the establishment number "74SEIN" inside the USDA mark of inspection. The products should be thrown or returned.

Federal officials say the problem was discovered when the company found that a sample confirmed positive for Listeria monocytogenes.

Consumption of foods contaminated with Listeria monocytogenes can cause a serious infection primarily affecting the elderly, people with weak immune systems and pregnant women and their newborns.

There have no confirmed illness reports.