On Tuesday, the mayor's office announced plans to help restaurants by closing portions of five major corridors to vehicular traffic. 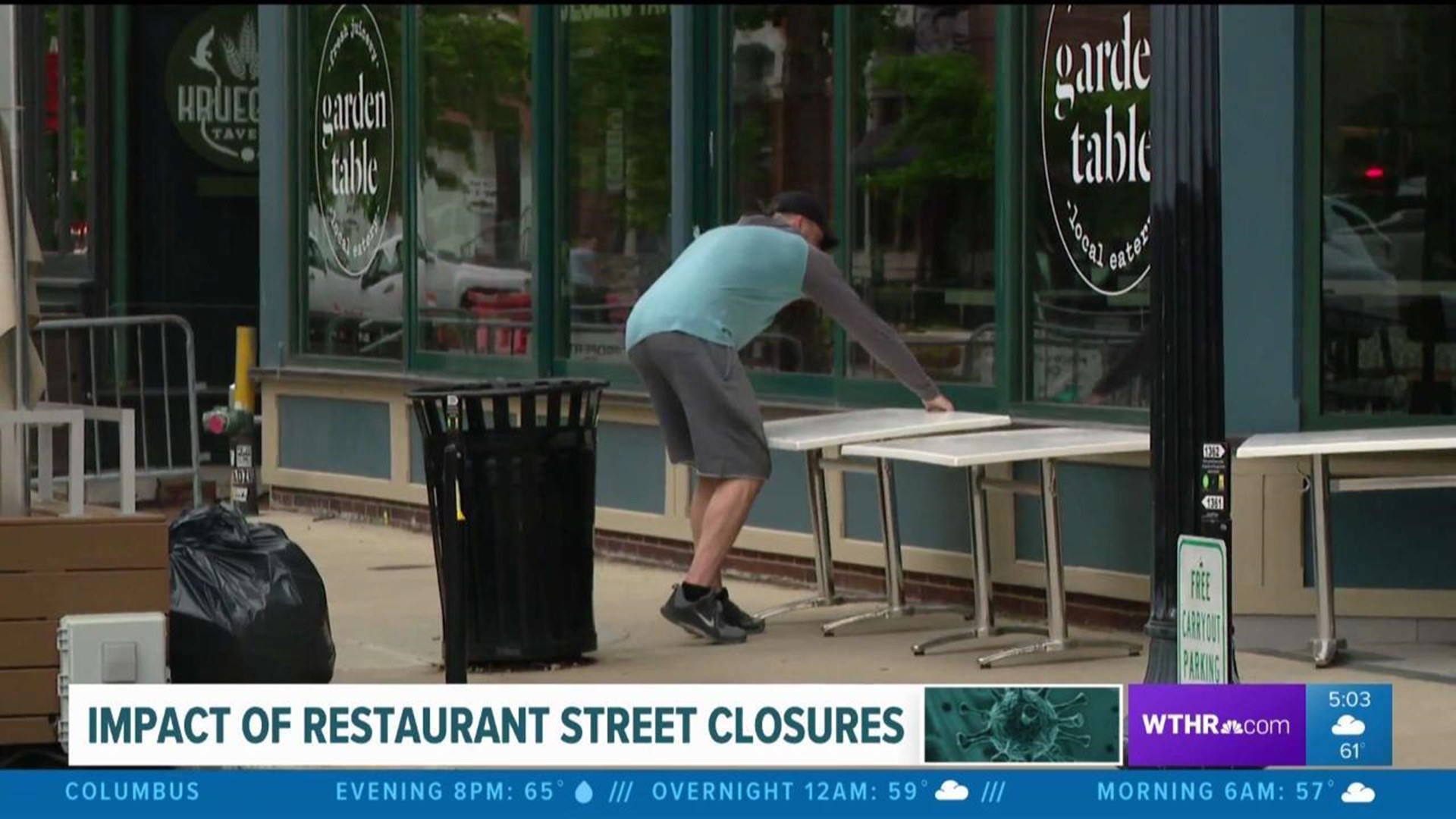 The idea is to allow those restaurants to extend outdoor seating and bring in more revenue.

But after learning about the street closure on the news, a group of Mass Ave businesses have come together to send a letter to the city, saying that the closure should be immediately halted because they were blindsided by it.

The group of businesses feel that the street closure decision was made "with no input or regard for the people it will impact."

Among our main concerns is virus proliferation. Funneling the City’s population to Mass Ave for what will be, in essence, a “street-fair” (with alcohol) after 3 months of quarantine is a recipe for disaster. Some restaurants have expressed concerns about managing CDC guidelines, even more so when demand is high and tables and guests are strewn all over the street. Other restaurants that lack outdoor seating and desire expansion can use adjacent parking spaces, as seen elsewhere along Mass, without closing the entire street indefinitely.

Among the business owners' other concerns is how it will impact their delivery drivers, carryout orders and package, food and beverage deliveries, among other issues.

"This is help we didn't ask for, a solution for a problem that didn't exist. This is not what we want," said Bill Pritt, FortyFive Degrees & YoguLatte.

Pritt told 13News he hopes the letter will lead to a conversation with city leaders and halting plans, at least for Mass Ave. He said not one restaurant is for the closure and that they would be fine just using the parking spots in front of their restaurants for extra seating.

Pritt said most businesses have been hanging by a string and have carved out a way to survive. He says if the street closes, it will be a death blow.

The closure would be unlike anything Mass Ave has dealt with before. The only other complete closure is for Pride and Pritt says that lasts 5 or 6 hours, not 6 weeks like this closure is planned to last.

The Mass Ave closure is set to begin Friday.

13News has reached out to the Mayor's office and received the following statement:

From day one, our primary goal has been to balance public health with the well-being of local businesses. The creative approach we announced earlier this week is meant to prioritize the critical need for social distancing in our pedestrian heavy corridors while also increasing opportunities for businesses to expand their footprint.

In total, twenty Mass Ave merchants have reached out to the city to express an interest in utilizing outdoor space adjacent to their business and a dozen have completed the application process for outdoor amenities. Still, we remain committed to continuing conversations with stakeholders in all of the impacted areas in order to identify challenges and alleviate issues.

The list of Mass Ave businesses and resident organizations against it includes:

Read the full letter from the Mass Ave business owners below: