Many restaurants across the city are opening for outdoor dining Friday, not quite sure what to expect. 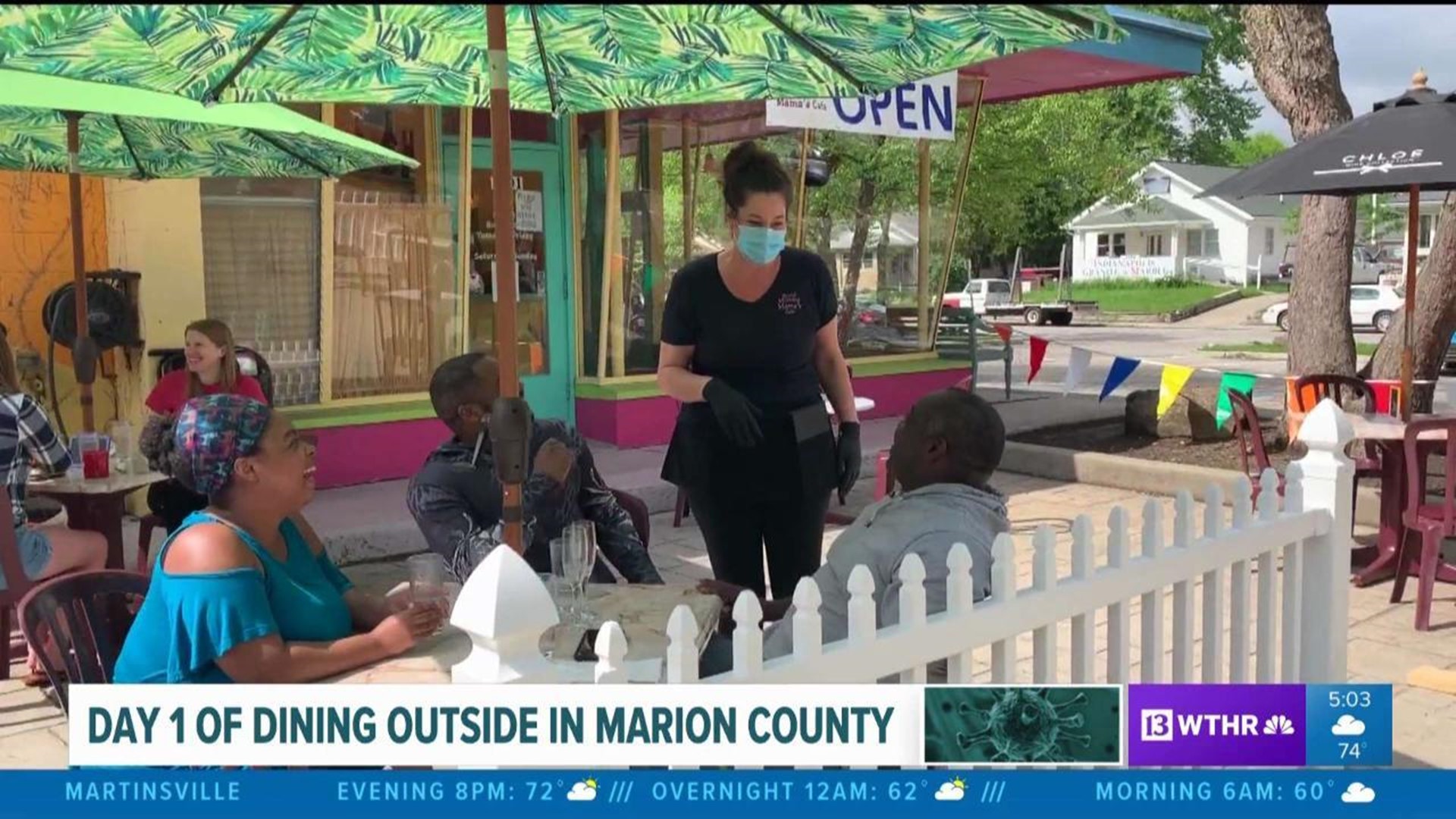 INDIANAPOLIS (WTHR) - Many restaurants across the city are opening for outdoor dining Friday, not quite sure what to expect.

Chad Cochran, the general manager of Fat Dan's at 54th and College said, "I'm feeling excited and nervous...just making sure our guests and employees understand the new steps of service with social distancing."

Restaurants are facing lots of changes.

Moe & Johnny's put up a tent outside their location at 54th and College. (WTHR photo/Mary Milz)

Jade Sharpe, operations manager for Kilroy's in Broad Ripple said, "in the restaurant business we're already used to sanitizing tables, but the extra measures included making sure the bathrooms are wiped down constantly...chairs and seat backs are wiped down...and the single-use menus are something we've had to adapt to."

At Moe and Johnny's, which has added a tent to its parking to expand seating, they're requiring all reservations be booked through open table.

Restaurants can only operate at up to 50 percent normal capacity. Good Morning Mama's at 54th and the Monon Trail has a patio, but added some more seating out front.

Gabriel Kpotufe was one of the restaurant's first customers.

"I'm very excited. It's very nice to have everything open even with the restrictions," he said.

Massachusetts Avenue is one of four streets now closed to vehicular traffic to allow restaurants to allow more outdoor seating. Both the Garden Table and Bru Burger were busy over the lunch hour.

Stephanie and Joshua Richards rode their bikes in from the south side to enjoy an afternoon meal.

"It's awesome. Love the fresh air and being able to be outside," Stephanie said.

"I think this would be perfect if this is representative of every day...sunny, no rain," Joshua added.

Three blocks of Illinois Street are also closed to traffic. The Weber Grill and Spoke and Steel are two restaurants taking advantage of the extra space.

But St. Elmo Steak House and Harry and Izzy's, which are affiliated, nixed plans to use the street.

Allen Long, general manager of Harry and Izzy's said they planned to open their patio May 29 and hopefully return to inside dining (at 50 percent) with everyone else June 1.

The street closures could be in place until July 4, but the mayor's office has said if the closures aren't helping restaurants they will re-open the streets sooner.