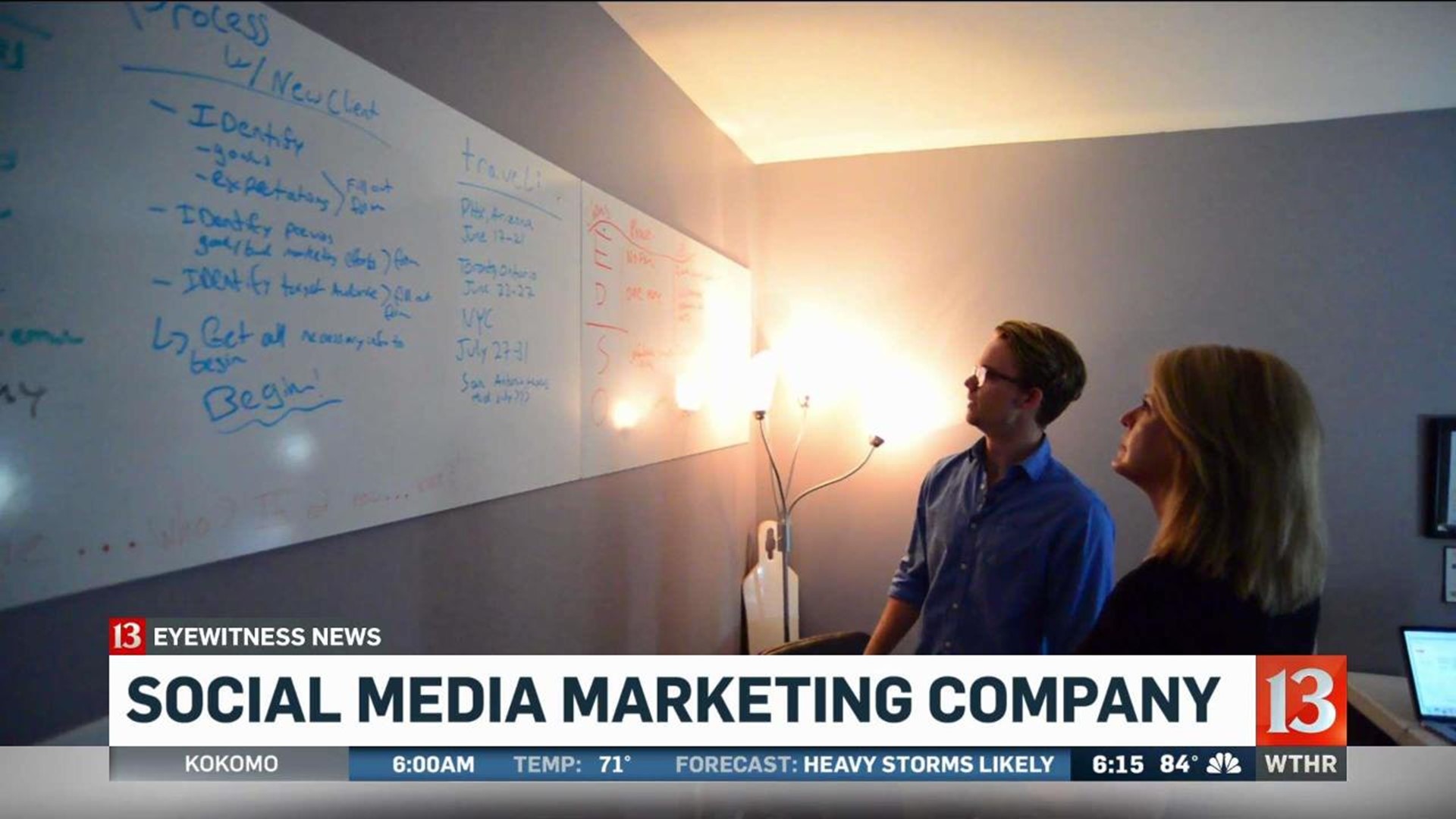 Miller, 18, created his company while going to high school at Greenwood Christian Academy. It took a lot of juggling to stay up with classwork and customers.

"He dreaded going to school because he wanted to work. I would find him on the phone at lunchtime with a client," said his mother Jill Miller.

For now, Miller's headquarters is an upstairs bedroom at his parents' house. He has a part-time staff and is hiring.

"We have 17 clients right now and every single client has been a referral from someone, so they are happy." Miller said.

Jeremy is skipping college to grow the business and claims he already turned down a $60,000 a year job offer.

Miller says a key component of the Inspired Blue Media strategy is to over-deliver for clients.

"One of the things that we did in the beginning...we charged low and added a ton of value. I knew that I was a nobody. I was just a 16-, 17-, 18-year-old kid, so I had to charge low. But I still wanted the experience, so I added a ton of value so people were extremely happy," Jeremy said.

Jeremy says he's successful because he's passionate about helping his customers. He says it's key to his well-being. Not too long ago, he remembers being lost; he dabbled with drugs and considered suicide. Eventually, he sought counseling and served overseas on a mission trip. During that time, Jeremy was baptized and came to believe his path to happiness and wellness was helping others.

"Whether it is a business that I can help them make more money, or I can help them decrease their advertising costs or help them bring more awareness or help them become a thought leader in their industry, they are going to be happy. I'm going to be happy because I made them feel better. I am going to feel like I matter. I'm going to feel purpose," he said. "So my currency, as cliché as it sounds, is literally impacting lives and making sure other people are in a better position because of something that I did. On a very real level...I believe the reason I am an entrepreneur is, I believe entrepreneurship done right, is just a way to serve people and love people and care for people on a high level. It gave me a purpose."

As Inspired Blue Media grew, Doug and Jill Miller watched their son's confidence emerge. They also tracked the firm's revenue and realized the potential. Skipping school, they say, was a no-brainer.

"He's definitely an adult in a teenage body," Doug explained.

For now, the couple manages the books, but believe soon the job will exceed their capacity.

"He's getting so big that I don't know if we will be able to help him. He's going to have to hire more staff," Doug said. "It's really fun and I don't think it's a ride, because...I just foresee the opportunities just be endless, because he's got his heart in the right place and I think with that he can go so far."

Jeremy's teachers agree, encouraging him realize his potential and push himself. One instructor's letter is framed and on display at the Miller's home. It says "You are definitely an alien. You are not normal."

Jeremy saw it as a compliment and identified with the alien idea so much, he got one tattooed on his wrist.

So far Miller's approach and potential is attracting attention.

"In the last 60 days, I've been quoted or featured, or you know, put on INC Magazine, Mashable, Buzzfeed, and Future Sharks. There's a couple other magazines I'm talking to, a few others might potentially be on Success Magazine and Entrepreneur Magazine, that is in the works right now. When those happened that was good, because it told that look you are doing the right stuff keep doing it," Jeremy said.

His goal now is to become a high-end marketing agency and grow his staff.

"A lot of people ask me, 'Jeremy, what does the next five years look like for you?' I don't know and I don't care as long as I am in a position where I can be loving people and serving people on a high level, because I'm an ambitious thinker." Miller said.

While he won't have a dorm address on campus, Miller won't miss the college experience altogether.

He recently partnered with TWITCH and will travel to colleges as a guest speaker, talking with students about entrepreneurship and pursuing your passion.