Those waiting for incoming passengers noticed how deserted the airport was. 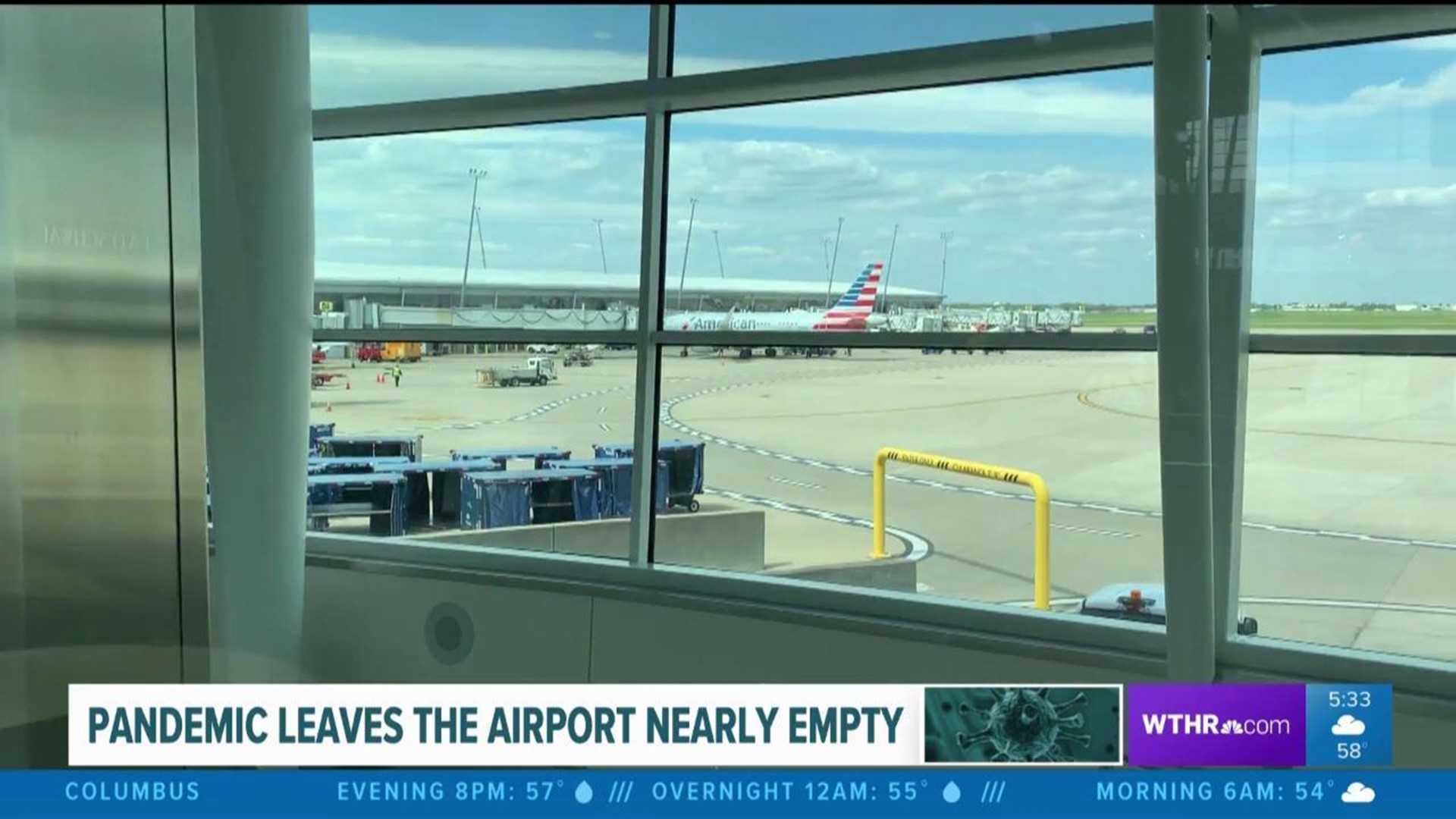 INDIANAPOLIS (WTHR) — Air travel is down dramatically because of the COVID-19 pandemic.

Head to the Indianapolis International Airport and you get a real sense of it. Very little traffic approaching the terminal and very few people inside.

Adjacent to the runways, you see rows of grounded planes, dozens of them. There were just eight departures listed.

Those waiting for incoming passengers noticed how deserted the airport was.

"It's shocking to see how sparse it is. There are cars in the lot but no cars around the cars," said one college student.

And a woman waiting for her father-in-law said seeing the empty terminal said it made her "think of 9/11. How long was it before people starting trusting to fly again? I dunno."

According to information provided by the Indianapolis Airport Authority (IAA), airport activity in North America has plummeted to as low as 5 percent of operations. It's at its lowest since the mid-1980s.

Here are some striking numbers:

Allen Fritch was one of passengers onboard an incoming flight from DFW. He said the plane was maybe one- third full, with passengers sitting one seat apart.

"It was a pretty good flight," he said. "Everyone on the plane was pretty much masked up and taking care of each other."

Still, IAA says what experts see on the horizon is not encouraging, that it will take "a minimum of years for air travel numbers return to a semblance of normal."