Amazon is expected to announce their decision for HQ2 by the end of the year. 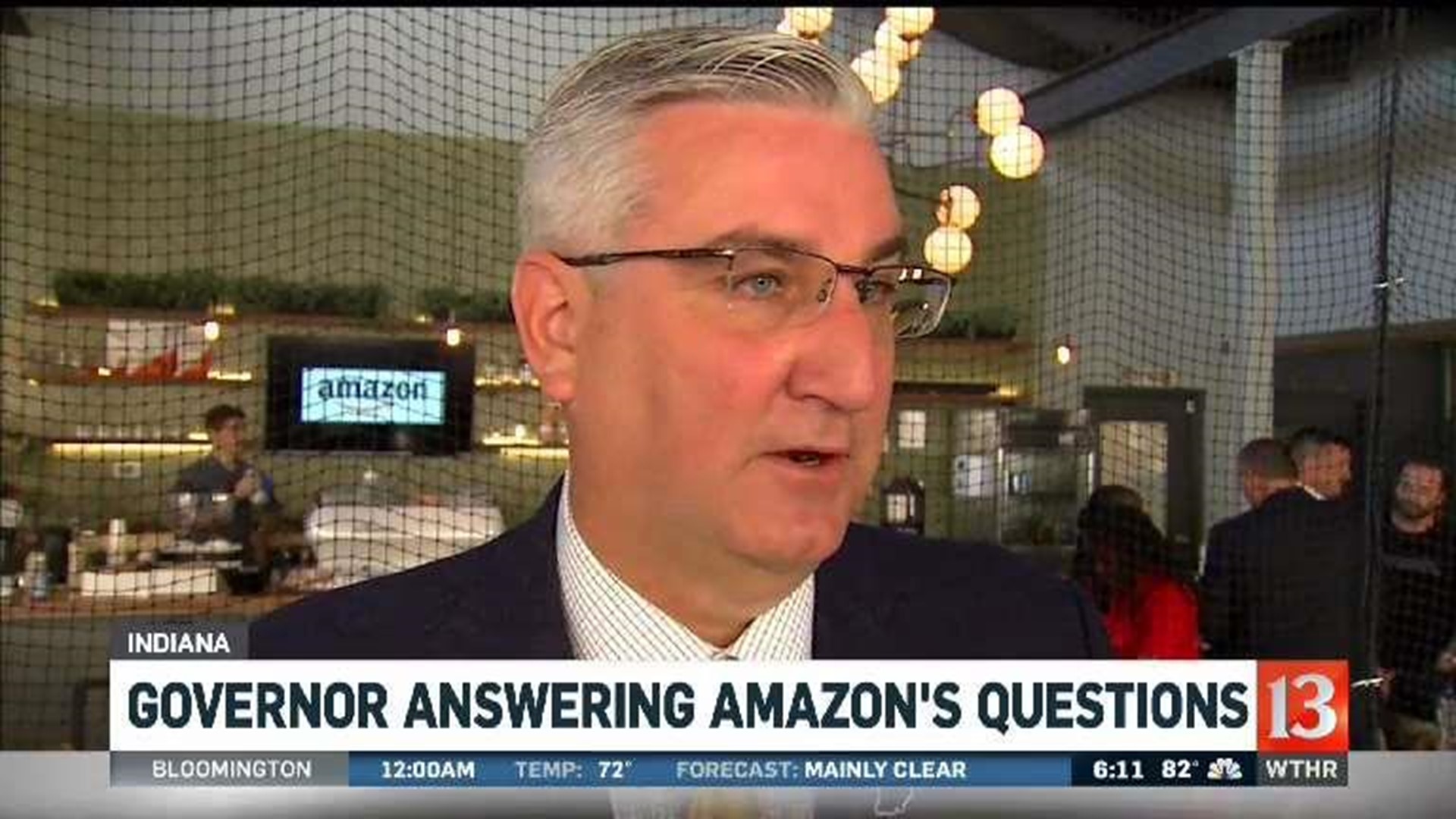 INDIANAPOLIS (WTHR) - Governor Holcomb is teaming up with Amazon to take part in their roundtable about "technology empowering small business."

But it was after that discussion that Governor Holcomb said Tuesday he's still working with the major online retailer trying to land their new second headquarters by answering any questions they still have.

"It's what we provide," Holcomb said. "We offer a great place to grow, space to grow, obviously our tax and regulatory climates are very, not only attractive, but enticing and we want to grow together and it's that collaborative spirit that we talked about here today that I think resonates not only with Amazon, but with all the expansions you're seeing in Indiana."

Fortune Magazine reported Monday that representatives from the company have visited Chicago and Miami a second time. The 18 other cities on Amazon's short list, including Indianapolis, have also received visits.

The magazine cited a Chicago Tribune report that Amazon officials looked at The 78, a 62-acre development on the south side of the city's downtown.

Amazon is expected to announce their decision for HQ2 by the end of the year.