Nationwide, food trucks have grown at a rate of about 10 percent a year over the last decade to roughly 4,000 total. And some of those small businesses have hit it big. 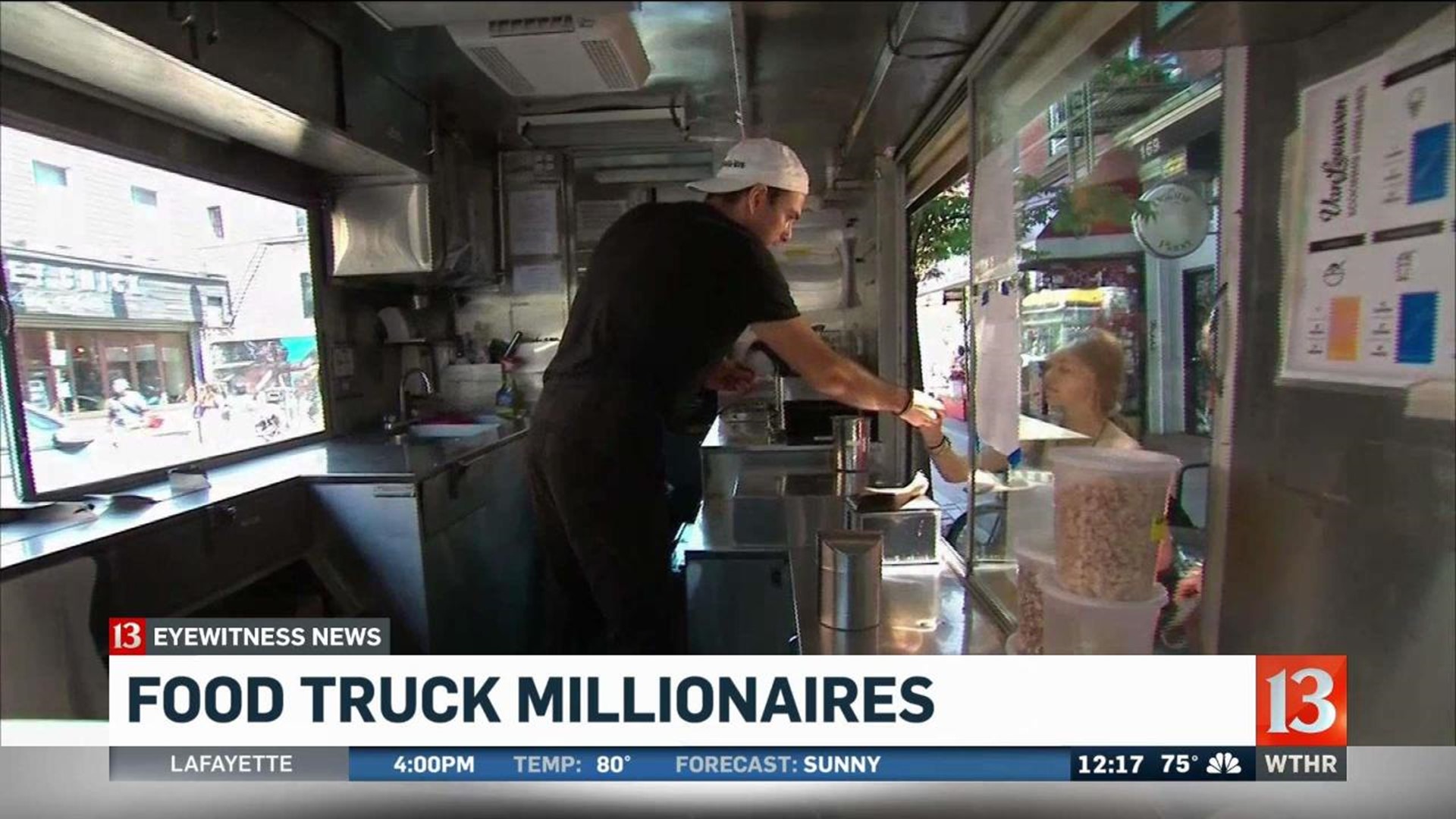 NEW YORK (CNBC) - If it seems you're seeing more and more food trucks these days, it's probably not your imagination.

Nationwide, they've grown at a rate of about 10 percent a year over the last decade to roughly 4,000 total. And some of those small business owners have hit it big.

When Ben Van Leeuwen and his partners started making their artisan ice cream in Brooklyn's Greenpoint neighborhood back in 2008, they had no idea what a hit would become. With just $50,000, he hit the streets of New York City looking for the perfect location.

"We drove to the corner of Green & Prince and by the time we had opened the window, there was a line of 30 people," Van Leeuwen said.

And the crowds kept coming. Today, the company has six food trucks and nine storefronts in both New York and Los Angeles. Their ice cream, featuring unique flavors like honeycomb and vegan mint chocolate chip, even retails in Whole Foods in the Northeast and California. The business overall is on track to do $20 million in revenue next year.

Food trucks like Van Leeuwen's have been growing faster than traditional restaurants over the past decade, but that growth is expected to slow in the years to come because of regulatory hurdles. In New York City, for example, it takes several months to complete the required training to get a mobile food vendor license.

"It's very challenging to make them work financially in New York City," Van Leeuwen said. "In other markets, much better. In Los Angeles, it's very truck friendly."

In Austin, Texas, former attorney Eric Silverstein launched his food truck, "The Peached Tortilla," back in 2010 when he couldn't raise the capital he needed for a brick and mortar restaurant.

"Biggest challenge early on was just the mental hurdle of staying mentally strong and trying to run this business when you're not taking a paycheck," Silverstein said. "If you're doing it, you have to be ready for an all-out war on the street, basically."

Silverstein won that war, eventually opening a restaurant featuring his Asian- and Southern-influenced tacos. He still takes his two trucks out for lunch and catering and expects to do more than $3 million in revenue this year.

Mac Mart's Marti Lieberman also went the brick and mortar route after her mac and cheese food truck became a hit in Philadelphia in 2013.

"It was only within the first few months of being on the truck that our first few catering jobs came in, which is an aspect of the business we didn't even realize would be so lucrative," Lieberman explained.

She and her sister, Pamela, wound up launching a Mac Mart storefront. They still operate the truck for catering and private events, and that truck's booked up through 2018. The business is set to do about $1.5 million in sales in 2017.

There are plenty of food trucks around Indianapolis. You'll find a bunch of them at the First Friday Food Truck Festival. The next one is Aug. 4 at the National Centre Parking Lot. It's $5 to get in and check out all the variety of dishes offered by some of the city's best chefs.