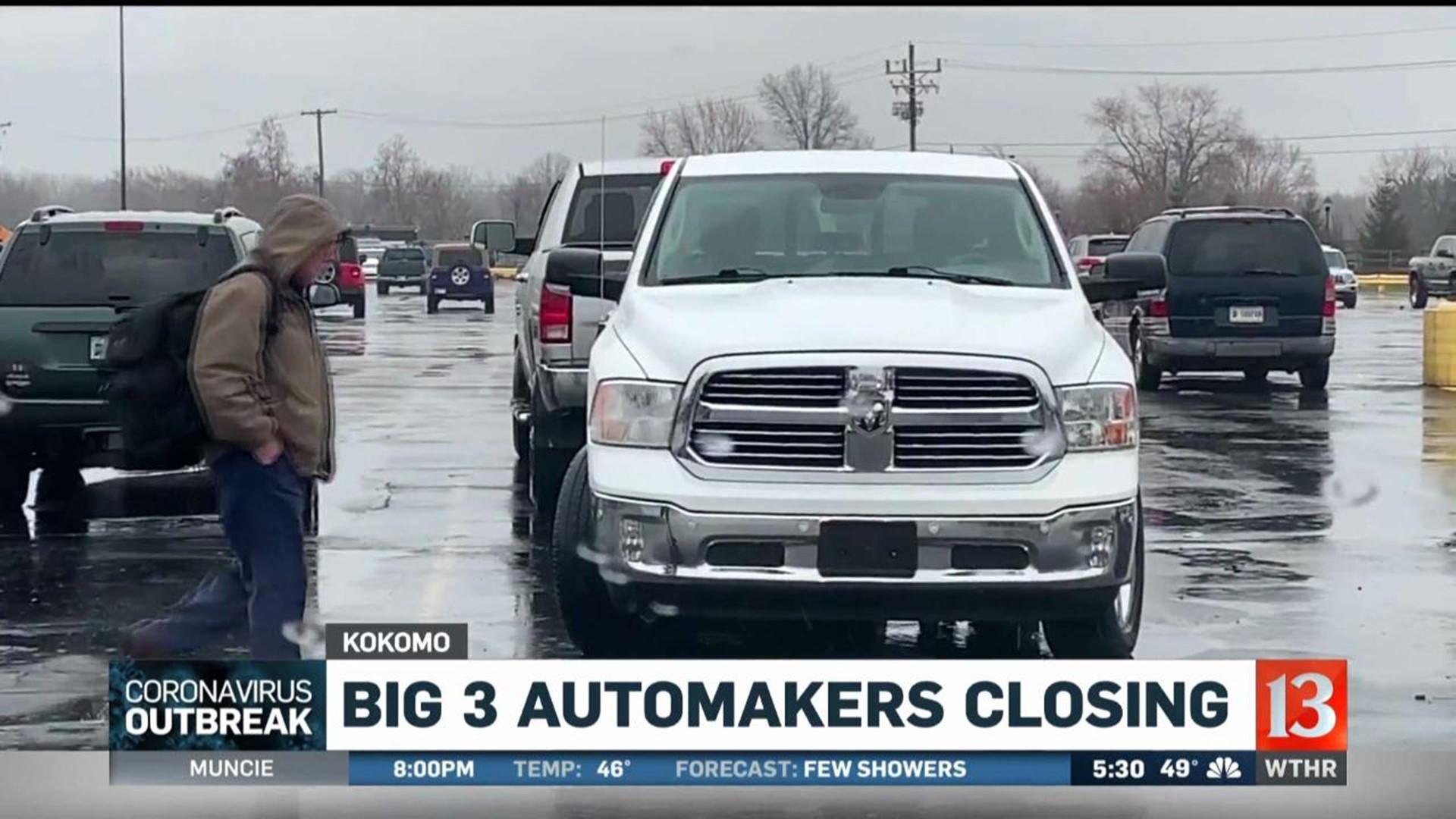 Chris Steward has worked in several areas at the plant. He described the employees as close like family. Steward visited the headquarters for UAW Local 685 to learn more about the shutdown and what they can expect financially in the future.

“This is something that none of us have ever experience," Steward said.

In his 20 years at Fiat Chrysler in Kokomo, Chris Ward has never seen illness close their auto plant.

He described the atmosphere among coworkers when they learned about an employee testing positive for COVID-19.

“The case that they supposedly found there, people are scared to death, the way the virus can spread,” Steward said.

UAW Local 685 President Rick Ward calls the shutdown the right thing to do.

Part of Ward's responsibility is to make sure auto workers have a safe and clean working environment, especially after a fellow local union member tested positive.

“The Engineer local had one person confirmed and he is doing better we heard, so that's good," Ward said.

Ward has told several union members, that after the first week of the shutdown, their unemployment benefits would kick in. Still, he is aware that may not be enough for some families to make ends meet. The union is already positioning itself to help plant workers without long-term benefits, like some of their more seasoned employees.

“The Virus is everywhere,” Ward said. “But to make the plants safer and cleaner that is about all we can ask out of the membership right now."

“Right now it's pretty serious, this coronavirus,” Steward said. “We don't know a lot about it except for what we have been told. It's pretty scary."

Since there is no end date to the shutdown right now, union reps are promising regular updates on their different Facebook pages.