Burger Study on Georgia Street will close for good on Tuesday and other establishments are also trying new ideas to stay afloat. 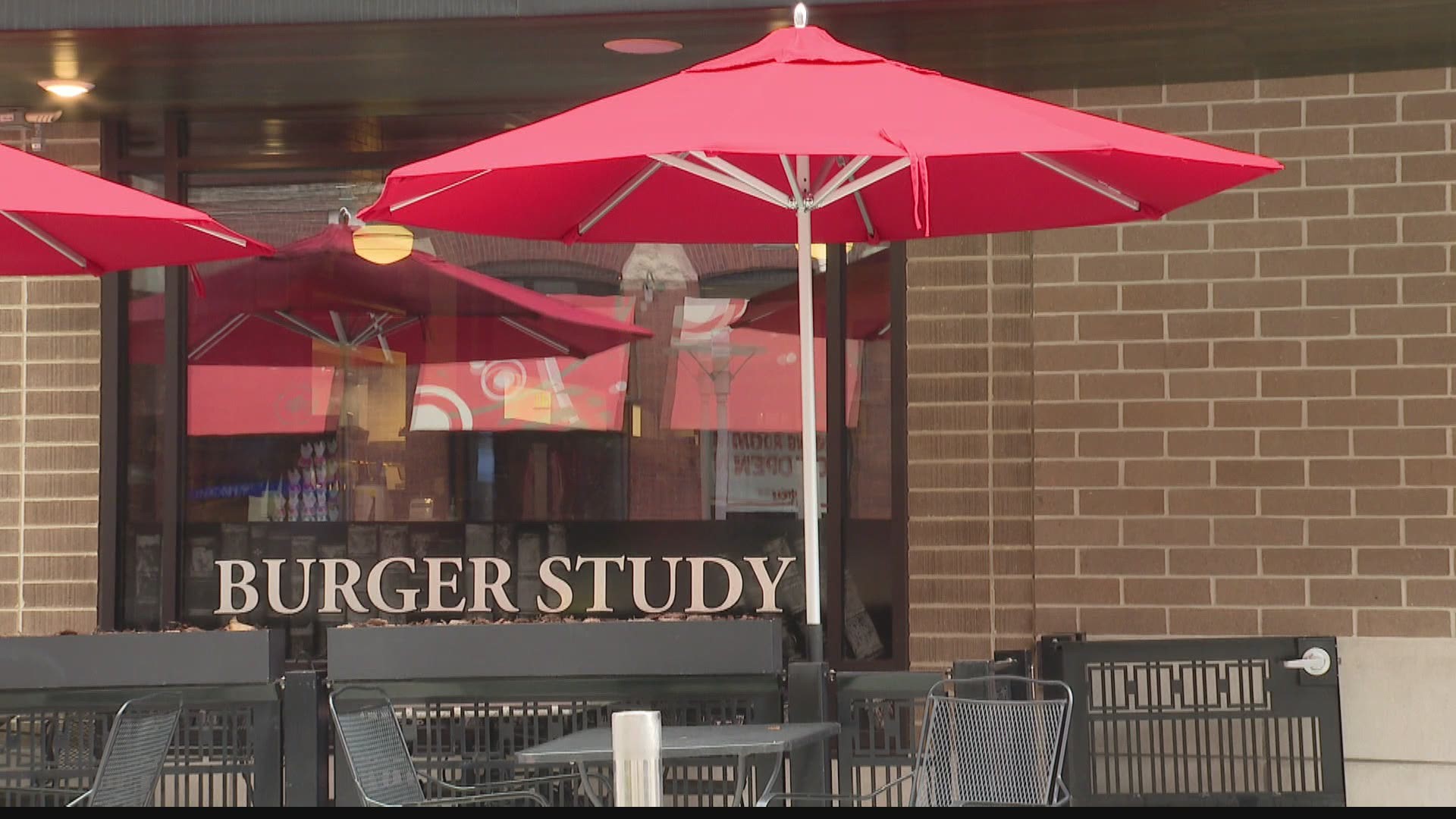 INDIANAPOLIS — Lunch time downtown is a little quiet on Monument Circle and not just because of the October weather.

A lack of regular office workers is part of why Burger Study on Georgia Street just announced it is closing permanently this week.

“Downtown Indy has been steadily recovering, but a complete recovery will take some time,” owner Huse Culinary President Craig Huse said in a statement.

The concept from St. Elmo Steak House opened three years ago and reported regular sales increases until the pandemic and protests. All employees will be transferred to other Huse Culinary restaurants, which include Harry and Izzys and St. Elmo.

Elsewhere in the heart of the city, the Skyline Club is also feeling a pinch.

"With this building being only seven percent occupied, we're working on to-go business,” said Jeff Markowicz, manager of The Skyline Club.

With 93 percent of employees at the OneAmerica Tower at home, the club's revenue has dropped 70 percent.

That’s part of why it’s now open to the public for dinner at a time when the 37-year-old business feels brand new.

"Last year, we had a $2 million renovation,” Markowicz said.

The Skyline Club is on the 36th floor of the OneAmerica Tower and was forced to furlough 35 of its 50 employees.

Credit: WTHR
The Skyline Club atop the OneAmerica Tower provides a view of Victory Field and the JW Marriott downtown.

The loss of office workers is hitting another business hard when it should be thriving.

"October and November are generally our best months. The weather starts to change. It gets chilly. This October, we are down 30-40 percent,” said Soupremacy owner Danielle Shipley.

Soupremacy is now delivering frozen soups while also getting creative to help others.

"We call it 'Feed the Frontlines.' It's a $6 bowl of soup. People can donate 10 to a specific school or fire station or hospital,” Shipley explained.

The loss of office workers means restaurants are relying even more on people to focus on getting back downtown as it continues to repair its image after the protests.

"It was scary, when you're looking through and everything's damaged, everything is wood and graffiti and the Circle was beat up, but now it's kind of a resurgence,” Markowicz said.