The city's Capitol Improvement Board, which oversees several city venues, including the Indiana Convention Center, voted Friday morning to pursue the project with Indianapolis-based Kite Realty. 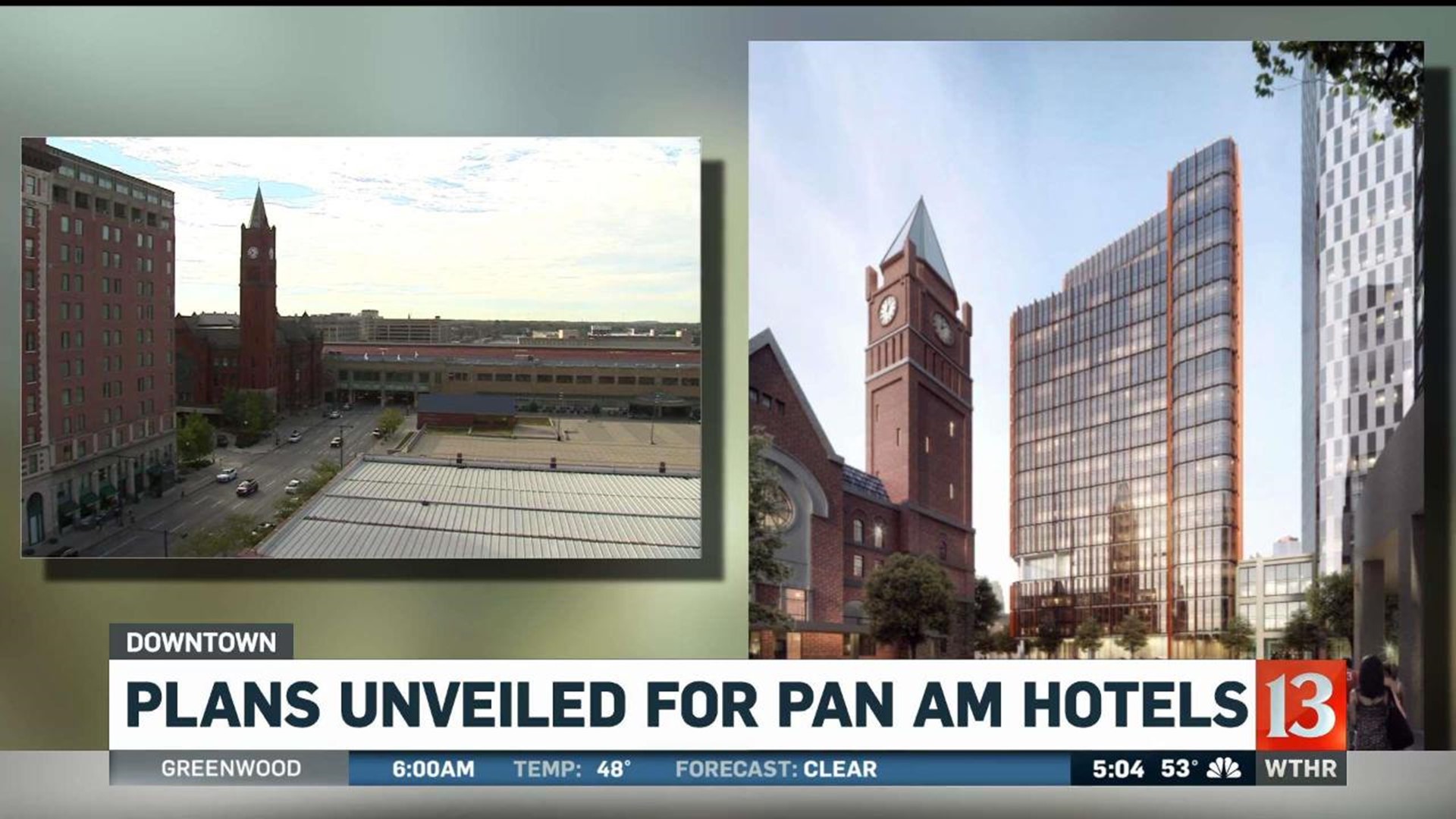 INDIANAPOLIS (WTHR) - More changes are on the horizon for downtown Indianapolis.

They include two new Hilton-brand luxury hotels, one spanning 38 stories and a 50-thousand-square-foot Convention Center ballroom, all to be built at Pan Am Plaza.

The city's Capitol Improvement Board, which oversees several city venues, including the Indiana Convention Center, voted Friday morning to pursue the project with Indianapolis-based Kite Realty. Kite was one of three developers that responded to the CIB's Request for Information that the CIB sent to developers in January.

CIB President Melina Kennedy said while all proposals were "very competitive," what set Kite's apart was, "we felt it was the right location," across from Pan Am Plaza. Plus, she said the number of rooms and size of hotels "met the needs."

Kite's plans call for an 814-room hotel at the northeast corner of Illinois and Georgia streets. The second hotel, directly south, would have 600 rooms. Both hotels and ballroom would be connected to the convention center via a sky bridge.

Kennedy said of the expansion, "we believe if we're not planning for tomorrow today, we'll fall behind with our competitors."

Visit Indy's Leonard Hoops said several groups who come to Indy on an annual basis including PRI, GenCon and FFA have expressed concern about both hotel and ballroom capacity.

He said losing them would be "$286 million in economic impact. That's a big chunk of change at risk."

Hoops said the project would allow the city to not only keep it's largest conventions, but continue to attract new groups and even hold two large conventions at once.

While Kite hasn't put a price tag on the project, nor asked for any subsidies, plans do call for the city to issue $120 million in bonds to pay for the ballroom and site improvements.

Thomas Cook, the mayor's chief of staff, said, "critically it's not anything where we anticipate having discussions about tax increases or fee increases from residents or non-residents"

"We believe it could done with revenue that doesn't exist today, that are increments or existing sources, not new taxes," Kennedy said.

But both she and Cook say that will require the support of state lawmakers.

As for a timeline, the project agreement is expected to be signed within a year, with construction soon following. If all goes as planned, the first guests could be checking to the 38-story hotel within three years.