Workers at the Carrier plant on the west side of Indianapolis were overjoyed to hear the news of a deal to keep their jobs from moving to Mexico. 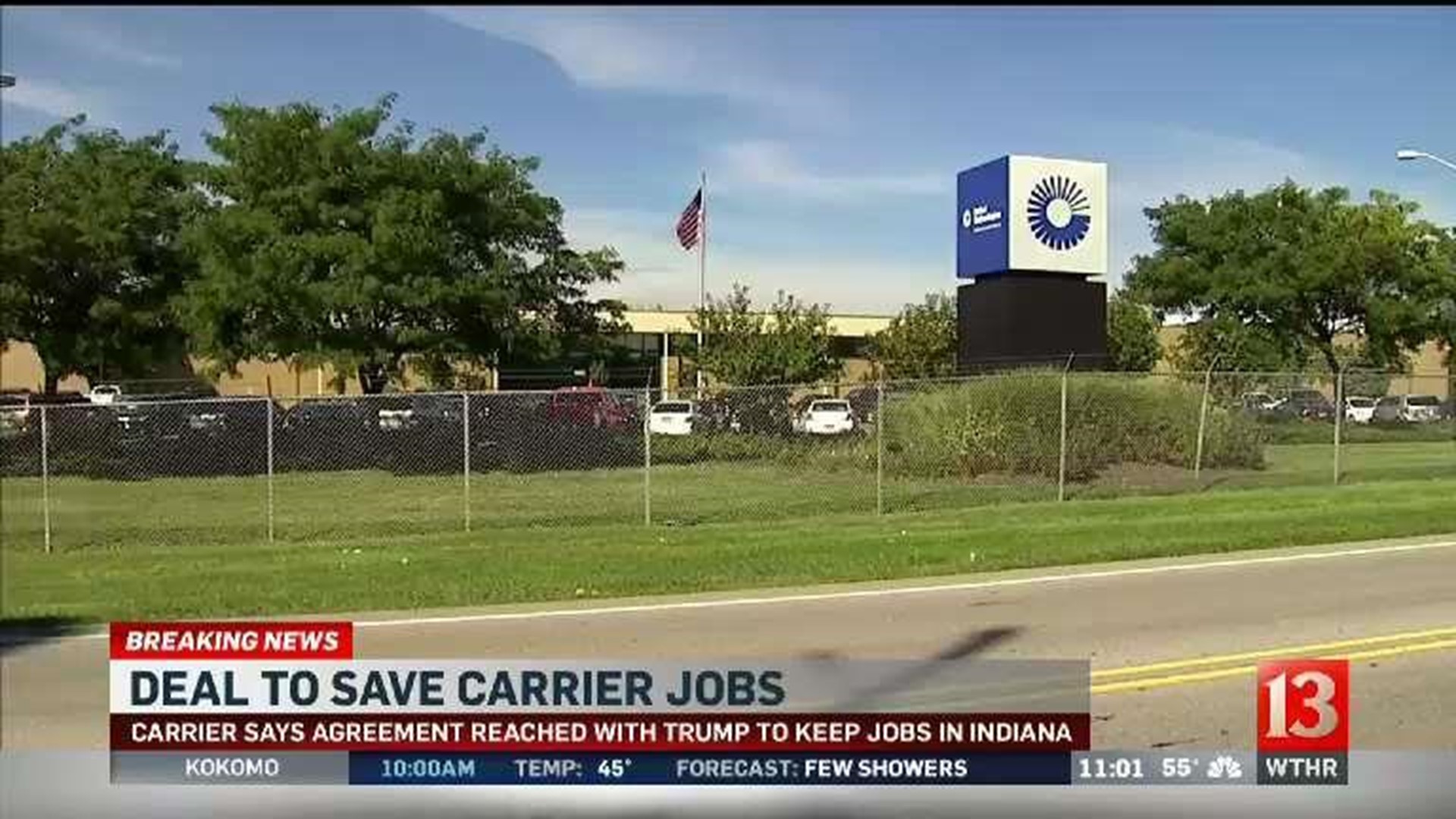 INDIANAPOLIS (WTHR) - Workers at the Carrier plant on the west side of Indianapolis were overjoyed to hear the news of a deal to keep their jobs from moving to Mexico.

For Robin Maynard, a 24-year Carrier employee, it's the best possible news to come home to.

"It means that I have a job and I have a place to call home again. And we all have a career we can finish up hopefully in the future with them," Maynard said.

Vice President-elect Mike Pence spearheaded the deal with Carrier to keep nearly 1,000 jobs in Indianapolis, according to CNBC. Those jobs were bound for Mexico.

Carrier's local union president, Chuck Jones, says the Local 1999 had few details, but said they "don't know what President-elect Trump did, but he did what he said."

The deal will reportedly include the state giving Carrier inducements to keep those jobs here.

But why is this happening now, after the election?

"The timing is a big surprise, because you think he would've waited 'til he was president. But the fact that he did that is not at all a surprise, because it was one of the centerpieces of his campaign and you knew it was going to happen eventually."

Will says it will cost Carrier to keep those jobs here, but Trump controls a bigger prize: $6 billion in government contracts held by Carrier parent United Technologies.

"He's known for making deals. He's known for squeezing people. I don't think we're ever going to find out exactly what happened in these conversations, but I can bet you that $6 billion had a lot to do with it."

For workers like Robin Maynard and their families, it has to do with jobs.

"We don't have to struggle going looking for jobs. It's a big load off of our backs, so I appreciate that," he said.