Amazon's March visit to Indy no longer a secret

Indianapolis will not be home to an Amazon Headquarters. The company chose New York City and northern Virginia. 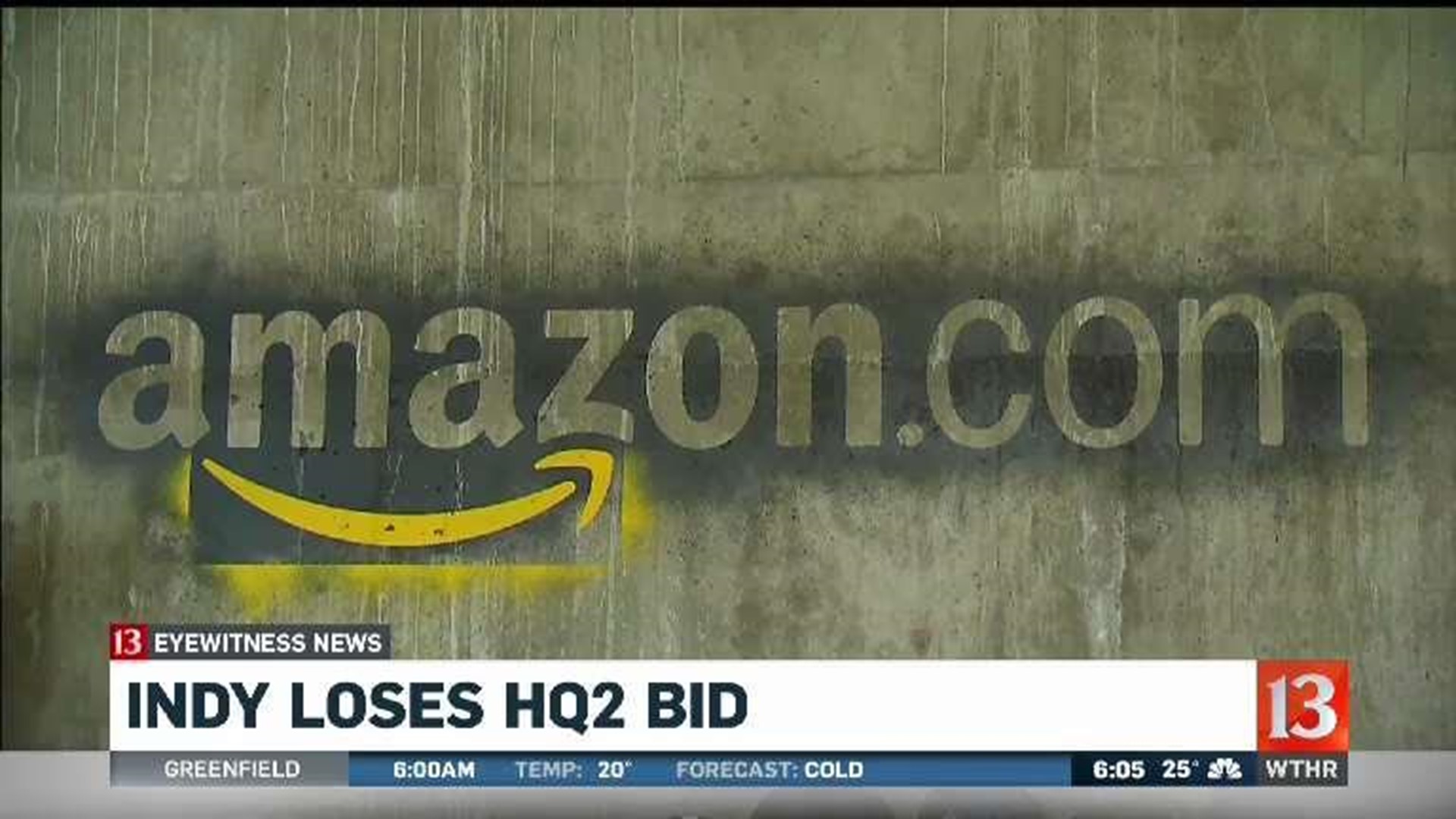 INDIANAPOLIS (WTHR) – Indianapolis will not be home to an Amazon Headquarters. The company chose New York City and northern Virginia.

While those involved in central Indiana's bid, including city and state leaders expressed disappointment, they also expressed pride in the effort.

They also revealed a well-kept secret: the visit Amazon officials made here in late March.

Larry Gigerich, executive managing director part Ginovus, was of the bid team and the group that hosted 14 Amazon officials for a 30-hour whirlwind tour.

The group arrived the afternoon of March 22 and left the following evening. Gigerich said they had a three-item agenda.

"They laid out talent, real estate and community," he said.

The visit started with a tour of potential H2Q sites, including the old Indianapolis International Airport terminal, the former GM Stamping plant and the near east side where the Angie's List campus was.

Gigerich said the rest of the tour was confined to the mile-square area. The group was shown Mass Ave, Fountain Square which highlighted downtown living, restaurants, shops and entertainment options.

But he said most of the Amazon officials time here was spent in meetings with people who work in business, government and philanthropy, asking about the workforce and talent pool.

"We had a great mix of people, those born and raised here, and others who moved here and stayed because they loved it," said Gigerich. "Over more casual conversation, it was about quality of place and diversity of neighborhood and people."

They stayed at the Conrad, had lunch at Livery and dinner at Vida. Gigerich said the feedback was great.

"They thought the downtown was fantastic, one of nicest they've experienced and the other thing, they appreciated was the creative and sophisticated approach to the bid," he said.

But ultimately it wasn't enough.

"We knew from the beginning population size was a limiting factor," he said with Indianapolis not quite large enough to fill 50,000 new jobs.

But Gerry Dick with Inside Indiana Business said it was still well worth the effort.

"I think there's a sense of disappointment but also optimism that this is going to lead to further investment with Amazon and maybe some other big companies," said Dick. "It's kind of like the Super Bowl, you have to compete if you want to be that amateur or sports capitol. It's the same in economic development."

He also noted there would have been trade-offs.

"The traffic, housing prices and those types of things," Dick said.

But he still thinks just going through the bid process was a a big win.

"We saw regional cooperation, Fishers and others engaged in putting together a bid in short order and competing for the biggest project in a generation," he said.

The bid process was funded by the Indy Chamber.

While it released some details of the bid, a spokesman said they planned to keep most of it confidential "for the sake of the competitive advantage."